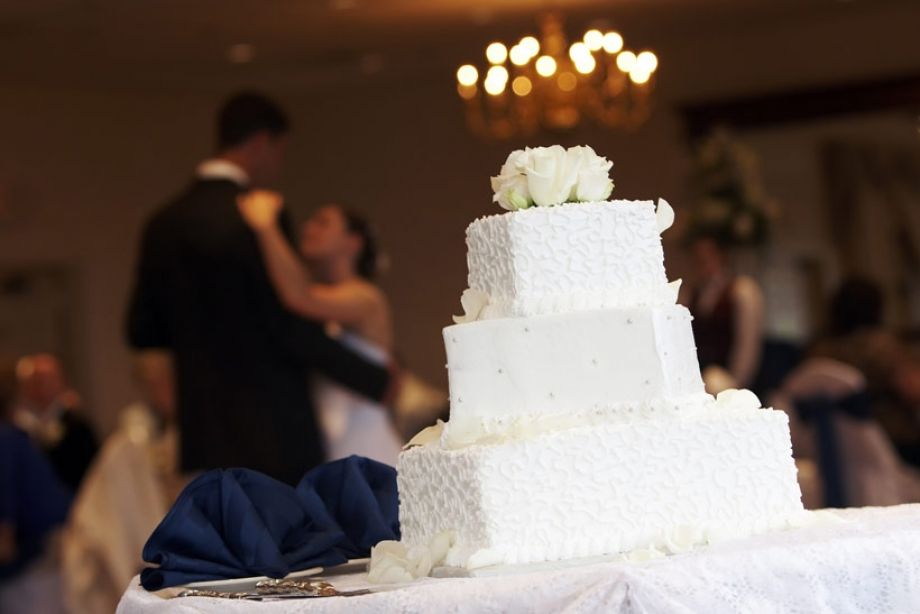 Your family and your wedding guests are going to remember your first dance for years, so be sure to put whatever amount of thought you need into it.  If you are finding it a struggle to come up with your first dance song, sit down and hold each other and think about your life when you first met. Spend some time being nostalgic about that moment that you first laid eyes on each other. While you are doing so, recreate that moment you had your first kiss.  Take some time to recall the love story that you both created when you first began dating. These things should help you decide on what your first dance song should be.

The Classic "Charleston" Wedding First Dance Style
The song selections for this particular type of first dance style should be familiar to you.  They are songs that are "classic" in nature and have been played at weddings around Charleston since their release.  One of these songs down below for this particular genre was on my 40 Wedding Music At Charleston Weddings Click over to that post to see which one.

"In My Life" | The Beatles
You can find this wedding first dance classic on the 1965 album "Rubber Soul".  Rolling Stone Magazine ranked this song Number 23 on the Top 500 greatest songs of all time.

"At Last" | Etta James
"At Last" was originally written in the early 1940s, and actually charted in the Top 10 in 1942, but it was the great Etta James who would make the song ultra popular and famous.

"Into The Mystic" | Van Morrison
One of the most beautiful songs by Van Morrison (early in his career) until 1989 when he recorded "Have I Told You Lately". You can find this song on his Moondance album "Side 1, Track 5", if you are vinyl collector.

"God Only Knows" | The Beach Boys
"God Only Knows" is another song that Rolling Stone magazine placed on their Top 500 greatest songs of all time.  You can find this classic song on the album "Pet Sounds", released back in 1966.

"It Had To Be You" | Frank Sinatra
Sinatra first recorded this song in the early 1940s with the Tommy Dorsey Orchestra, but was not released on any of his records until the Trilogy album in 1980.

Modern Romantic Style First Dance Songs
These selections are slower ballads and perfect for the couple who may not want to go all out with the choreography for a first dance, but still dance to a song that is full of love and romance.
"Marry Me" | Train
This song was released in 2010 and became an instant Charleston wedding classic. I've also played this during the prelude at some of the wedding ceremonies that I have played music for. Martina McBride would cover the song in 2012, but it would not be nearly as successful as the original.

"In Your Eyes" | Peter Gabriel
The perfect choice for the modern bride and groom who are into their 80s movies. You might remember this song being featured in the 1989 movie "Say Anything". You can find the song on the album "So", which was released in 1986.

"You And Me" | Lifehouse
You can find this beautiful song on the self titled album back in the summer of 2005. "You And Me" would reach all the way to Number 1 on both the Top 40 and Adult Contemporary charts.

"Perfect" | Ed Sheeran
Ed Sheeran has become the master of writing modern first dance songs that are truly beautiful, and I don't want to sound cliche, but "perfect".  :) Released in the fall of 2017, the song has 1.8 billion views on You Tube (for good reason), and will be a recurrent first dance song choice for many years to come.

"Everything" | Michael Buble
This Michael Buble song has become an instant classic since it's release back in the spring of 2007.  It was the first song to be released off his album "Call Me Irresponsible". It's no surprise that the song went all the way to Number 1 on the adult contemporary charts.

Soul / Motown Style First Dance Songs
It's hard for me to think about DJing a Charleston wedding without a Motown. As a matter of fact, Motown is so popular at weddings in general that a post I did close to 2 years ago is one of the most popular on my site
"Let's Stay Together" | Al Green
The perfect soul first dance song. It's the title track from the Reverend Al Green's record.  The song would top the R&B chart for 9 weeks. Seal would do a great cover of this song back in 2011, that I throw on to mix things up at times at my weddings.

"My Baby Just Cares For Me" | Nina Simone
This jazz song was written by Walter Donaldson with the lyrics by Gus Zahn, appeared in the 1930 movie "Whoopee".  Nina Simone recorded it in 1957 with her soulful voice, and the song was re-released in 1987 in the UK making it all the way to Number 5.

"Nothing Can Change This Love" | Sam Cooke
You can find this soulful classic on Sam Cooke's 1963 album "Mr. Soul".  Originally released in September of 1962, the song would reach #2 on the Billboard Hot R&B charts.

"The First Ever I Saw Your Face" | Roberta Flack
One of the beautiful love songs ever written. It's a bit soft and slow, but the soulful voice of Roberta Flack made this song into an enormous hit in 1972.

"That's How My Strong My Love Is" | Otis Redding
Otis Redding covered this classic song in 1965. You can find it on his album "The Great Otis Redding Sings Soulful Ballads" Otis would peak at #18 on the Billboard R&B chart.

The "Fun" Style Of First Dance Songs
Perhaps you are a couple who wants to have a little "fun" during your first dance song and not be so serious.  Check out some of the songs down below. Oftentimes, couples opt for a half & half situation. They'll start out with a slow song, then the DJ will fade quickly into something fast and fun.
"Never Gonna Give You Up" | Rick Astley
Having grown up in the 80s, I remember when this song was all over the radio. Sometimes when this song gets mentioned these days, folks chuckle.  With over a half billion views on You Tube, the song is still very popular and in a first dance situation, you'd probably get lots of smiles from your guests.

"Let's Dance" | David Bowie
In doing some of the research for this post, this song came up quite frequently when brides and grooms were looking for "fun" and more upbeat first dance songs.

Love Theme | The Godfather Soundtrack
Also known as "Speak Softly, Love", the song would later become known as just the Love Theme From The GodFather when the movie was released in 1972.

"Everywhere" | Fleetwood Mac
You'll find this song on one of Fleetwood Mac's most successful albums of the 80s, "Tango In The Night".  The song was released in November of 1987 and would make it all the way to Number 1 on the adult contemporary charts.

The "Indie Style" For First Dance Songs
Indie music has grown so much in popularity over the past 10 years. Brides and grooms often choose an "Indie Cocktail Hour" or want to hear their favorite Indie artist during dinner. It wasn't too much of a surprise when couples started to request Indie artists for their first dance song. Feel free to also check out these choices for Modern Indie First Dance Songs
"The One" | Kodaline
A beautiful song that I got to play for a first dance for one of my spring 2018 weddings here in Charleston. Released back in 2015, you can find this song on their album "Coming Up For Air". Be sure to take a listen to it down below and you'll see just how beautiful this song really is.

"Ho Hey" | The Lumineers
Released back in 2012, this song is still in heavy rotation today at Charleston weddings. "Ho Hey" would peak at Number 1 on the Alternative charts, while making it all the way to Number 3 on the Billboard Hot 100 chart.

"The First Day Of My Life" | Bright Eyes
One of the most requested Indies songs I've seen over the years at Charleston weddings. The song was released back in 2005, and you can find it on their album "I'm Wide Awake, It's Morning"

"You're The One" | The Black Keys
You can find this track on the album "Magic Potion", which was released back in 2007. The album was actually released as a music download.

"The Luckiest" | Ben Folds
Such a beautiful song by Ben Folds that was released back in 2001. You can find it on his album Rockin' The Suburbs. Go ahead and listen to it down below and you'll see how sweet it is from the Indie / alternative genre.

Need Some Extra Advice About Your First Dance And Hiring Your Charleston Wedding DJ?
Thank you so very much for making it to the end of this post. I've done a lot of posting about first dance songs, but decided to lay things out in terms of style versus just a list of songs. Hopefully this post gives you some ideas about how to narrow down what is really one of the most memorable and special moments of your wedding day here in Charleston.  One thing I love to do with my clients is to talk to them about how they want their soundtrack to be at their wedding. I'd love to sit down with you and discuss music. If you are in the process of trying of interviewing wedding DJs and would like to set up a time to speak, click here to determine Mike's availability for your wedding date