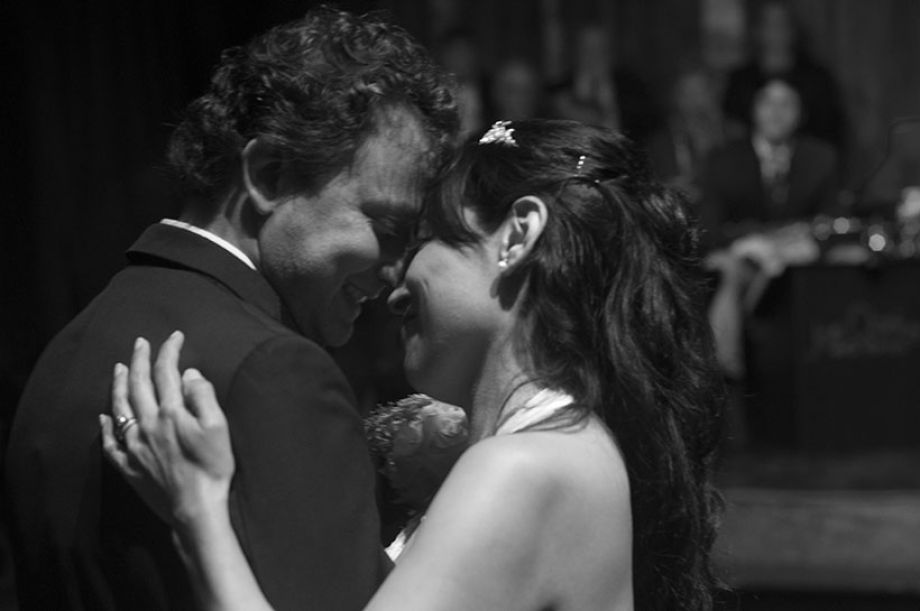 Check out this selection of 31 songs for the first dance at your wedding. There are so many more than what you'll see in this post, and really when it comes down to your choice, it’s about personal preference and maybe sentimental value. Either way, the first dance is one of the integral parts of your reception that is special.  If you’d like to see more ideas and are in the hunt for a true, professional DJ for your wedding in Charleston, let's set up time to talk soon.

Download These 31 First Dance Song Choices From Spotify NOW
Spotify has been the best tool that allows me to provide inspiration to moder brides and grooms as they begin to sit down and start organizing and creating their wedding playlist. Some couples find this to be a daunting task, but I've tried to make it much easier by putting together a large amount of playlists designed to inspire. All you need to do is head over to Spotify and do a search for DJ Mike Bills.

"Hands To Heaven" | Breathe | 1988
Wow! We start out with a ballad from the late 80s that would be intention for first dance song at my own wedding.  Breathe was part of a British invasion that happened back in the mid - late 80s. You can find them on my Sophisti-Pop Cocktail Hour Playlist. For more first dance song ideas from the 80s, be sure to check out the preceding link.

"Angel Eyes" | Jeff Healey Band | 1989
Another wonderful love song from the 80s for your first dance. "Angel Eyes" would be released in the summer of 1989 and would become a Top 10 song on the Adult contemporary chart, and peak at #5 on the Billboard Hot 100.

"The Luckiest" | Ben Folds | 2001
The first solo album after Ben Folds left his band Ben Folds Five was Rockin' The Suburbs, released back in 2001.

"Have I Told You Lately" | Van Morrison | 1989
One of the greatest love songs in the history of modern music was released in 1989 by the very talented Van Morrison. It's a song that remains in heavy rotation after all these years. It's the perfect song for a first dance or for the music selections during dinner.

"By Your Side" | Sade | 1994
Your wedding playlist and Sade go hand in hand. Her music is absolutely perfect for dinner music, as well as your first dance. For more information on more wonderful music from Sade for your wedding playlist, feel free to click over to the preceding link. "By Your Side" was released back in the fall of 2000 and would peak at #18 on the adult contmeporary charts.

"Hungry Eyes" | Eric Carmen | 1987
Dirty Dancing was by far one of the most popular movies of the 80s and it's soundtrack sold well over 30 million copies. There are many songs on the soundtrack that are popular requests by a lot of my wedding clients.  "Hungry Eyes" would peak at #4 on the Hot 100.  For more information about the Best Songs From The Dirty Dancing Soundtrack, click on the link.

"At Last" | Celine Dion | 2002 [Cover of Etta James]
Celine Dion would cover this early 60s Etta James classic first dance song on her 2002 album A New Day Has Come.   The song was released in December 2002 and would peak at #16 on the adult contemporary chart.

"L-O-V-E" | Nat King Cole | 1990 Remaster
L-O-V-E is the title track from his 1965 album.   The song would peak at #17 on the adult contemporary chart, and has often been a choice by brides and grooms as an option for their cake cutting song.

"Thinking Out Loud" | Ed Sheeran | 2014
When you're hot, you are very hot, and Ed Sheeran has created some of the most beautiful love songs over the past few years that will most likely be used on wedding playlists for many years to come. "Thinking Out Loud" would peak at Number 2 on the Billboard Hot 100.

"A Thousand Years" | Christina Perri | 2011
Who knew when Twilight was released to movie theaters in 2011 that it would have a song that would become very popular for first dances, as well as wedding ceremonies.
"A Thousand Years" was released in the fall of 2011 and would climb to #11 on the adult contemporary charts. The Piano Guys would do a version of the song in 2012.  In 2012, "A Thousand Years Part 2" would be released.

"Unforgettable" | Natalie Cole / Nat King Cole | 1991
Through the power of recording technology, Natalie Cole was able to sing this classic song with her late father. Natalie Cole would release the album Unforgettable..with Love in 1991 and her duet with her father would peak at #3 on the adult contemporary charts.

"Come Away With Me" | Norah Jones | 2002
You know I should do a post of The Best Norah Jones' Songs For Your Wedding. I would have to warn you that there would be lots of songs on that post, and this song would probably be at the top of the list. The planets lined up perfectly in 2002 when Norah Jones would release Come Away With Me.  The title track would peak at #21 on the Adult Top 40 chart.

"She's Got A Way" | Billy Joel | 1981
Originally recorded and released in 1971, "She's Got A Way" would get new life when a live version for the album Songs In The Attic in 1980. The song would peak at #4 on the adult contemporary charts.

"Stand By Me" | Ben E. King | 1961
Originally recorded and released in 1961, the song would be re-released in 1986  in recognition for the 25th anniversary since it's release, as well for the release of the movie Stand By Me.

"La Vie En Rose" | Louis Armstrong | 1950
Louis Armstrong was one of seven people who would record their version of this classic French song originally performed by Edith Piaf in the 1940s.  For a more modern cover of the song, you should check out the Daniela Andrade version.

"Faithfully" | Journey | 1983
"Faithfully" was the 2nd song to hit radio from Journey's Frontiers album in 1983.  "Faithfully" is a song that appears on my 80s Soft Rock Hits For Your Wedding Playlist.   The song would peak at #12 on the Billboard Hot 100 chart.

"It Had To Be You" | Frank Sinatra | 1979
First written and published in 1924, Frank Sinatra would perform the song in the 40s, but would not record it until his 1980 album Trilogy: Past Present Future. For more ideas on some of the most popular Frank Sinatra songs for your wedding playlists, be sure to check out the preceding link.

"This Must Be The Place" [Naive Melody] | Talking Heads | 1984
Originally recorded and released in 1983 from the album Speaking In Tongues, The Talking Heads would record their 1984 concert in Hollywood. This concert became known as the Stop Making Sense tour. You'd never know that this song was live. The live recording sounds almost like they are in the studio.

"Sail Away" | David Gray | 1998
Most people think David Gray is a one-hit wonder, with his hit "Babylon" getting the bulk of the air play.   "Sail Away" was on the same album (White Ladder) and actually has been used for one of my clients at their wedding. Take a listen by clicking the link in title of the song.

"Forever" | Ben Harper | 1994
All this planning of your special day, and all the preparation is about you and him and "forever".  This slow, acoustic first dance song can be found on Ben Harper's album Welcome To The Cruel World, released back in 1994.

"In Your Eyes" | Peter Gabriel | 1986
Perhaps you are a bride who was lucky enough to have a boyfriend like Lloyd Dobler. You are saying. Who is Lloyd Dobler? He was the guy in the 80s movie Say Anything in 1989 that held the boom box up over his head while outside the girl he was head over heels in love with.  If you have not seen this movie, be sure to check it out. It's the perfect boyfriend / girlfriend movie. Be sure to check out this You Tube clip for one of the most romantic movie scenes of the 80s.

"Lucky" | Jason Mraz & Colbie Caillat | 2009
Back in 2008, Jason Mraz would release the album We Sing. We Dance. We Steal Things. On it, he'd sing a song with the lovely and talented Colbie Caillat.  The song was released in January of 2009 and would become a Top 10 hit on the adult contemporary chart.

Ready To Meet With Mike Bills About Being Your Wedding DJ?
Thank you so very much for making it to the end of this blog post. It really means a lot to me! I put a lot of time and energy into creating the best content possible for my current and prospective clients. These songs are just a few of the great choices that a lot of my past clients have made for their first dance choice. Perhaps you are into Indie Music And Need Some First Dance Ideas? Click the previous link.  I would love to speak with you about your wedding. Just click the link up above where it says Ready To Meet...and you'll be taken over to my contact form where you can fill out some of the details for your big day. I look forward to hearing from you soon.