25 Most Requested Sinatra Songs For Your Wedding Playlist

It's no secret that Frank Sinatra was one of the most popular performers and singers of the entire 20th century.  He was born in the great city of Hoboken, New Jersey back in 1915. Be sure to read the rest of this blog for a link to 25 of the Great Musicians From New Jersey also showing up on wedding playlists.  His decision to become one of the greatest singers and voices of all time when he saw Bing Crosby back in the mid 1930s. Frank Sinatra's career would span 50 years and he'd produce so many wonderful hits. As one of the top Charleston Wedding DJs, it's always been my desire to keep the content on this blog some of the freshest there is in Charleston as well as the world wide web., I offer you yet another  wedding cocktail and dinner music playlist idea. Sinatra. People still love Frank Sinatra at their wedding.

That's right! Ole blue eyes Frank Sinatra. Frank Sinatra has to be one of the most popular requests on all of my wedding playlists.  Some music critics have referred to him as having one of the best voices of all time, and how could you debate that? His voice was simply incredible and his music has become iconic at Charleston area weddings. Whether it's a first dance or any other special dance through the night, Sinatra's music will live on forever. As I've mentioned before, your cocktail hour playlist is really what you make of it. The music of Frank Sinatra is just one idea, but you could also incorporate other similar artists into the mix. For the purpose of this blog, we'll focus on some of the greatest music written and performed by the one and only Frank Sinatra.

Follow Charleston Wedding DJ Mike Bills On Spotify To Download This Playlist NOW
Because there are some modern brides and grooms who need some inspiration when it comes to creating the playlist for their wedidng, I've moved a lot of my playlists over to Spotify. I've had so many couples come to me with their playlists pre-made on Spotify, so I thought I would allow my clients to get inside my mind as a wedding DJ. Just head over to Spotify and do a search for DJ Mike Bills.

"Chicago" | 1957
Frank Sinatra might have been born in Hoboken, New Jersey, but he made the people of Chicago very happy when he covered this famous song written in 1922 by Fred Fisher. When I hear it, I think about the times I went to Chicago and cruised a little down Lake Shore Drive.

"I Only Have Eyes For You" | 1962
Written in 1934 by Harry Warren and Al Dubin, ole blue eyes did a cover of it in 1945, a few years after signing with the Columbia record label. The Flamingos made it even more popular in 1959.

"My Kind Of Town" | 1964
You can find this track on the record "Sinatra '65" The Singer Today.  Originally composed by Jimmy Van Heusen and lyrics by the great Sammy Cahn, Sinatra recorded this song back in 1964 and it was released on the Reprise Records label. It's actually another song that invokes thoughts of the great city of Chicago.

"The Way You Look Tonight" | 1964
Probably one of the most popular requests by ole blue eyes at weddings all over Charleston.  The song actually as a duet between another golden voice, Bing Crosby along with his wife back in 1936.  Fast forward to 1961, the Lettermen also covered the song giving them a Top 20 hit.

"Luck Be A Lady" | 1964
This song was originally written by Frank Loesser back in 1950, and featured in the musical Guys And Dolls.  You can find it on his compilation "Reprise Musical Repertory Theatre" and also on Sinatra 65: The Singer Today. Back in 1994, he recorded the song with Chrissie Hynde of the Pretenders.

"Fly Me To The Moon" | 1964
The original name of this song was "In Other Words". Kaye Ballard was the first to sing it back in 1954, and just 10 years later Sinatra covered it. His version became closely related to the missions of Apollo going to the moon back during that time.

"Come Fly With Me" | 1958
Another track written by the duo of Sammy Cohn and Jimmy Van Heusen back in 1957, Sinatra went on to record this song back in the Fall of 1957 as the title cut of the forthcoming album which would be released in January 1958.

"I've Got You Under My Skin" | 1956
This song was actually written back in 1936 by the late great Cole Porter.  It's hard to not describe almost all of Sinatra's work as "signature", but if you had to create a category for signature Sinatra, this track would be in it. Enjoy it at your cocktail hour over at the luxurious Daniel Island Club. 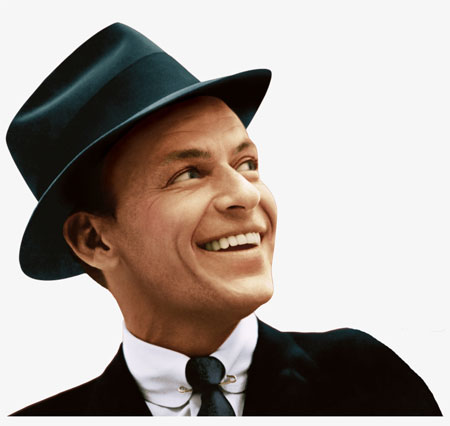 "Theme From New York, New York" | 1979
Liza Minelli first performed it in 1977 but it was in 1979 that ole blue eyes covered it and made it absolutely one of the most popular songs in his career.  Be sure to check out the Martin Scorsese film from 1977 titled New York, New York. Also look for a "New York State Of Mind" themed cocktail hour playlist coming in the next few days keeping with my geographical theme that I started back during the spring with songs from the biggest cities in America that brides and grooms travel from to Charleston.

"Love And Marriage" | 1955
Lyrics for this song were once again written by the late great Sammy Cahn, and the music by Jimmy Van Heusen.  You can hear it on his 1956 album "This Is Sinatra". You can also hear it if you look up the 80s and 90s sitcom "Married With Children" on Netflix or Hulu. The song was used in the opening credits of that famous TV show.

"It Had To Be You" | 1980
Frank Sinatra would originally sing this song with the Tommy Dorsey Orchestra back in the 1940s, but it would not be recorded to an album until 1980 when Trilogy Past Present Future was released.

"My Way" | 1969
The lyrics to this Sinatra classic were written by Paul Anka, but in the spring of 1969, Frank would peak at Number 2 on the Billboard Hot 100 charts.  Elvis started to perform this song at some of his shows in the 70s. After his death in the fall of 1977, the song was released as a single and would peak at #6 on the Adult contemporary chart. 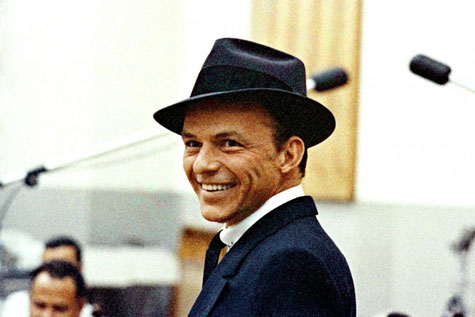 "The Best Is Yet To Come" | 1964
Originally made popular by the great Tony Bennett,  Sinatra would record an release his version in the summer of 1964 on his album It Might As Well Be Swing.  The last song he would swing in public would be this song in February of 1995, before his death in 1998.

"Young At Heart" | 1953
The song was a pop standard created by Johnny Richards and Carolyn Leigh in1953. Frank Sinatra would record the song in 1953 and it would become a platium seller. 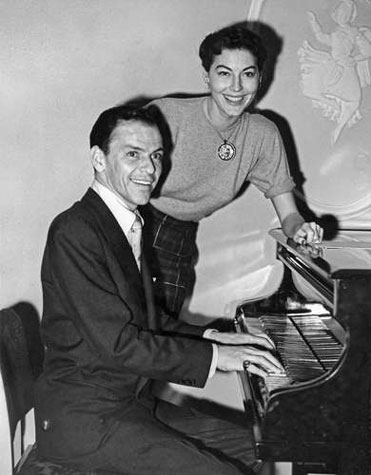 "You Make Me Feel So Young" | 1956
Originally written and composed by Josef Myrow and Mack Gordon, Sinatra would record this song in 1956, and he would include it in most all of his performances through out his career. You might remember the song featured in the 2003 movie, Elf.

"Summer Wind" | 1966
Frank Sinatra recorded and released what would become the most popular version of this song. The song would climb all the way to #25 on the Hot 100, and top the Easy Listening chart.

"The Good Life" | 1964
Sinatra would record this song in June 1964 as part of his album "It Might As Well Be Swing". "The Good Life" would be released in August of 1964, and is the perfect song by Sinatra to describe the start of your new life as husband and wife. 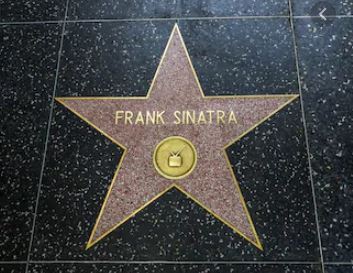 "Moonlight Serenade" | 1966
Originally written by the great Glenn miller in 1939, Sinatra would record his version of the song for his 1966 album, Moonlight Sinatra. If you ever pick up a copy of this record, you'll notice all the songs on the album are about the moon.

"Isn't She Lovely" | 1979
The things you learn as a professional wedding DJ as you are putting together content for your blog. I had no idea that Sinatra had covered this classic by Stevie Wonder, but he recorded his version in 1979 for his album: Trilogy Past Present Future.

"High Hopes" | 1959
The music was put together by James Van Heusen, and the lyrics were written by Sammy Kahn. The song would later be recorded by other very popular singers of the standards like Bing Crosby, Sammy Davis Jr, and Dinah Shore.

"That's Life" | 1966
Originally written by Dean Kay and Kelly Gordon, and first recorded by Marion Montgomery in the early 1960s. "That's Life" would make it all the way to Number 4 on the Hot 100, as well as #1 on the Easy listening chart.

"Nothing But The Best" | 1962
We wrap up this list of the most popular Sinatra songs that have shown up on playlists over the years at weddings with a song written by Johnny Rotella and recorded by Frank Sinatra in 1962. You can find this song on his compilation album of the same name, released in May 2008, which was 10 years after his death.

Wanna Talk To Mike Bills About Being Your Wedding DJ?
Still in this modern era, Frank Sinatra is one of the most requested artists at weddings all around Charleston. You can really do anything you want for your cocktail hour and dinner time, as the possibilities are endless and only limited by your imagination. If you wanted to mix it up a tad and not do a solid set of Sinatra, you could throw in some more Rat Pack artists like the great Dean Martin and Sammy Davis Jr.  Have fun with creating your wedding playlists! I am here for you should you need help in creating the playlist for your most important day. Oh, and I almost forgot. For those couples who are coming to Charleston from New Jersey and want to add some of the 25 Greatest Musicians from The Garden State on their playlist, click on the link provided. If you are enjoying these blog posts and want an even more greater selection of playlist ideas and DJ tips, I invite you to check back over my blog as there are many posts about playlists and real weddings. And if you are ready to sit down and begin planning the perfect mix of music for your upcoming  wedding and are in the search of a true professional and polished wedding DJ, click the link up above to fill out a contact form and tell me a little more about your big day.

Tweet
More in this category: « The 80s And 90s Make A Return To Charleston Parties & Events 30 Best Groovy 70s Soft Rock Songs For Your Wedding Playlist »
back to top