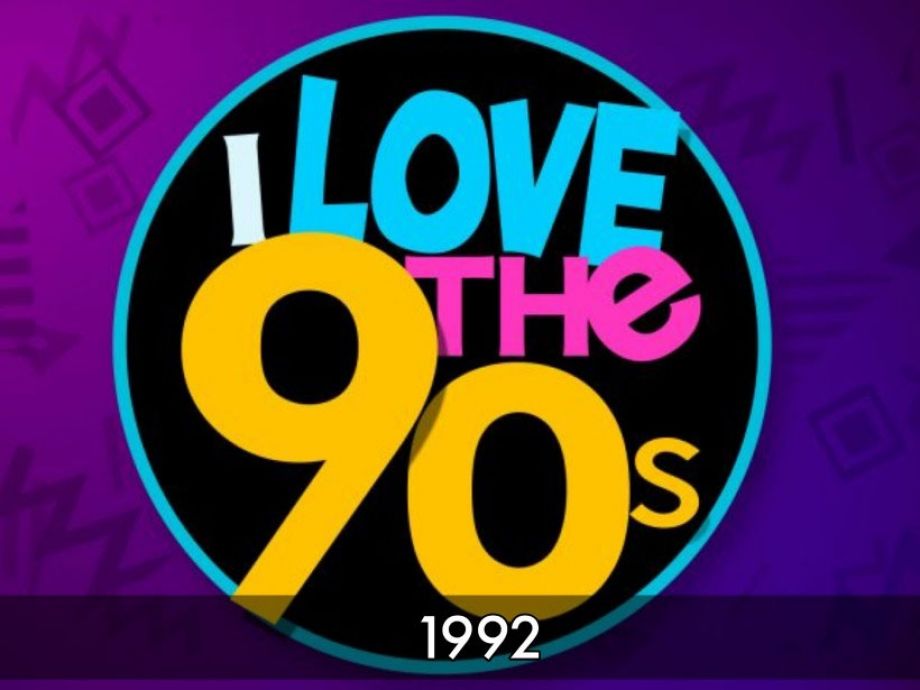 1992: The Most Requested 90s Songs For Your Wedding Playlist

Now more than ever modern brides and grooms who were born in the 90s are looking to add even more music from this eclectic decade of music. In many ways, the music of 1992 was a bit of a continuation of the mammoth year of 90s music we saw in 1991. For more information on some of the best songs from 1991, you'll want to read over this post for a link to that post and Spotify playlist. Grunge and other 90s alternative music was becoming more mainstream, but on the Top 40 charts, we saw that trend of dance music along with the pop up and down the Hot 100 chart. 1992 would also see the decline of many of the hair and glam metal bands that ruled the radio in the 80s, when Nirvana would release their first song in late 1991. Soft rock artists such as Richard Marx, Elton John, Genesis, and Vanessa Williams would also release some songs in the early 90s that would become perfect choices for dinner music.  Be sure to take some notes and write down some of the songs you see on this post of The Best Songs From 1992 for your wedding playlist.

FUN FACTS ABOUT 1992
Some fun facts from 1992.  Bill Clinton would be elected in the fall of 1992 to become the 42nd president of the United States. In the spring of 1992 following the acquittal of the cops who were involved in the Rodney King case, riots would erupt in Los Angeles. Some of the movies of 1992 included "Aladdin", "The Bodyguard", and the sequel to the classic of 1990, Home Alone.  The first episodes of Real World would debut on MTV, and Kris Kross would release the song "Jump".  In 1992, the average cost of rent for an apartment would be just over $500 per month.  Some of the top TV shows in 1992 included Roseanne, Home Improvement, and Murphy Brown. Melrose Place would debut during the summer of 1992 and would become one of the most popular shows of the 90s.

Download The Top Songs From 1992 For Your Wedding Playlist From Spotify NOW
Those modern brides and grooms that I speak of up above come to me more and more frequently with a lot of their music choices already planned. In recent years, so many of my clients were coming to me with pre-selected playlists created on their Spotify accounts.  As I continued to see an increase of this trend, it became a necessity to meet my clients halfway by creating my own Spotify profile that would allow for wedding playlist inspiration, especially if it was couple who was having a hard time getting started in creating their playlist. To access my profile, just head over to Spotify, and search for DJ Mike Bills.

"I Will Always Love You" | Whitney Houston
Some clients of mine have requested original version of this song, which was recorded and released by Dolly Parton in 1974.  Whitney Houston would record her version of the song for the movie The Bodyguard, which was released in the fall of 1992.  With over a billion views of the video on You Tube, the song would become one of the biggest songs of Whitney Houston's career and would spend 14 weeks at the top of the Hot 100 chart.

"In The Still Of The Nite" | Boys II Men
In the early 90s, Boys II Men were one of the most popular musical groups. After the success of "End Of The Road", they would record this cover of the 50s classic by The Five Satins. You can find the song on the movie soundtrack of The Jacksons: An American Dream. Their version of song would peak at #3 on the Billboard Hot 100 chart.

"Masterpiece" | Atlantic Starr
You might remember Atlantic Starr when they released one of their biggest songs in 1987 with "Always".  "Masterpiece" was originally written by Kenny Nolan and would be recorded and released by Atlantic Starr in 1992. The song would peak at #3 on the Hot 100, and #2 on the adult contemporary chart.

"If You Asked Me To" | Celine Dion
Written by Diane Warren, "If You Asked Me To" was first recorded and released by Philadelphia native Patti Labelle in 1989.  For more of the best musicians and bands from Philadelphia, <---Click HERE.  Celine Dion would release her version of the song off her self-titled album 1992.  Her version would peak at #1 on the adult contemporary chart.

"The One" | Elton John
Back in the summer of 1992, Elton John would release the 23rd album of his very successful career.  The title track of the album would be released at the end of May in 1992 and peak at #9 on the Hot 100, and #1 on the adult contmeporary chart.

"To Love Somebody" | Michael Bolton
Michael Bolton was coming off one of the biggest years of his career in 1991. For more of the Best Songs From 1991 for your wedding playlist, <---Click HERE.  In 1992, Michael Bolton would release his album Timeless: The Classics, which would feature this cover of the classic Bee-Gees song. His version of the song would peak at #11 on the Hot 100.

"Layla (Acoustic)" | Eric Clapton
Originally recorded in 1970 by the Derek & The Dominoes, Eric Clapton would re-record an acoustic version in 1992 on his Unplugged album.  The song would peak at #12 on the Hot 100, and #8 on the adult contemporary chart.

"Friday I'm In Love" | The Cure
For those couples who are having a "Friday" wedding, you might consider adding this signature song by The Cure into your wedding playlist.  "Friday I'm In Love" would become one of the songs of 1992 and make it all the way to #1 on the Alternative airplay chart.

"No Ordinary Love" | Sade
In 1992, Sade would release her 4th album titled Love Deluxe.  "No Ordinary Love" would peak at #14 on the adult contemporary chart. For more of the Best Sade Songs For Your Wedding Playlist, <---Click HERE.

"Do It To Me" | Lionel Richie
In 1992, Lionel Richie would release a compilation album titled Back To Front. "Do It To Me" was released as a single from this record and would peak at #1 on the Billboard R&B chart.

"Hold On My Heart" | Genesis
In 1991, Genesis would release their album We Can't Dance.  "Hold On My Heart" was released in April of 1992 and would be the third song to be released from the record.  The song would peak at #1 on the adult contemporary chart.

"Tennessee" | Arrested Development
Arrested Development is a hip-hop and rap musical group with origins to Atlanta, Georgia. For more of The Best Musicians And Bands From Atlanta For Your Wedding Playlist, <----Click HERE.   "Tennessee" was released in the spring of 1992 and would peak at #6 on the Billboard Hot 100 chart, and #1 on the Hot R&B/ Hip-Hop Songs chart.

Ready To Sit Down And Speak With Mike Bills About Being Your Wedding DJ?
I've been meaning to put this post together about some of The Best Songs From 1992 for quite some time. The truth of the matter is 90s nostalgia is not going anywhere because a lot of my clients were born in the 90s and consider themselves 90s kids.  I actually graduated from high school in 1992 and remember all these songs very well. Some of the songs on this playlist you could probably add into the dinner portion of your wedding reception, and some of the songs could be placed into your playlist to get you and your guests on the dance floor.  For more song ideas which include The Most Popular 90s Soft Rock Songs, <----Click HERE. Thank you so much for making it all the way to the end of this post. As you can probably see, music is passion of mine and I bring that passion to each and every one of my clients for their wedding. If you are ready to begin sitting down and interviewing to find the best wedding DJ for you, please click the link up above to provide some of the basic details about your special day. I look forward to speaking with you about your upcoming wedding.