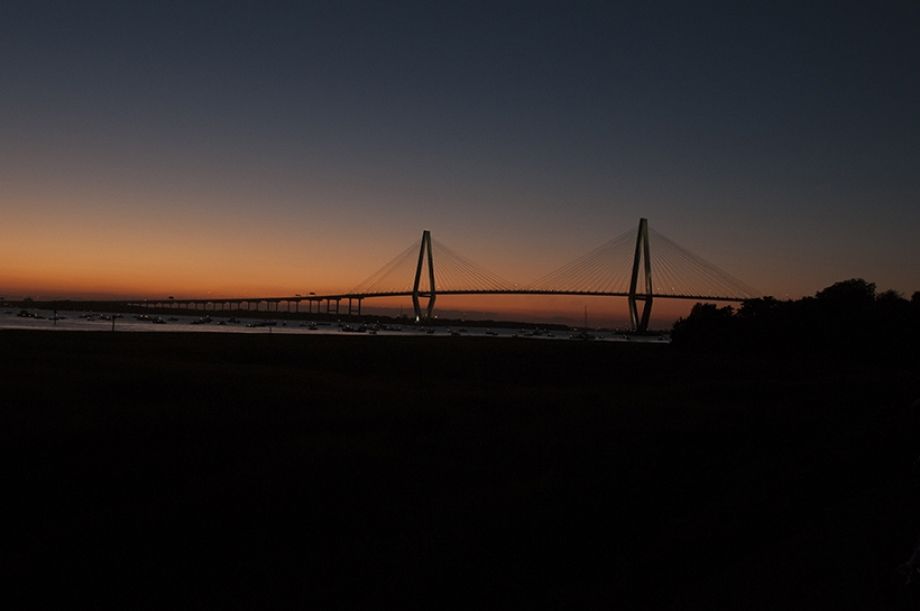 Well, we've reached the first full weekend of May and there's a little autumn chill in the air, but since we're the in the midst of another wonderful wedding season in Charleston, and since it'll soon be VERY HOT for several months, there is no complaining here from me. I actually just got done stealing about 5 days during this busy and hectic wedding season by taking a little rest and relaxation out on the Florida Gulf Coast in a lovely place called Destin, FL. I strongly recommend Destin for a laid back experience away from Charleston. And hey, since it's a quiet, laid back area on the Florida Gulf Coast with white sands on the beaches that resemble sugar, it might be a choice for your honeymoon. https://www.tripadvisor.com/Tourism-g34182-Destin_Florida-Vacations.html
As we cruise through early May, here are the Top 10 biggest songs being requested and played at weddings around Charleston this spring in both the Top 40 and Urban / Rap charts. At last post, Ed Sheeran was at the top of the Top 40 charts with his mega hit "Shape Of You", but he's dropped a tad to #2.  Ed Sheeran has a second song in the Top 30 and "Castle On The Hill" sits at #15 and is slowly moving up the charts into the Top 10. Ed Sheeran will be coming to North Charleston in September. I would say get your tickets, but it's been sold out soon after the tickets went on sale. "Castle On The Hill" may move up, but it's not nearly as catchy as "Shape Of You". The Chainsmokers continue to occupy a few spots in the Top 10. They are holding strong at #5 with "Paris" and at #3, it's their collaboration with Coldplay "Something Just Like This"

WARNING: Some of the following You Tubes may contain offensive lyrics. However, all tracks played at my weddings WILL HAVE CLEAN lyrics. All music received and purchased has clean lyrics.

"That's What I Like" | Bruno Marrs
Bruno Marrs shows no sign of letting go of #1 with his follow-up to "24K Magic". Definitely could last into the summer with this one. You might throw it on your playlist for your wedding reception out at Harborside East.

"Shape Of You" | Ed Sheeran
After being at the top position for many weeks, Ed Sheeran eases off and falls to #2. I'll give you a sneak peek of the next Sheeran tune climbing the charts at the end of this post.

"Something Just Like This" | Chainsmokers & Coldplay
The first placement of the Chainsmokers on the charts with this collaboration. It's made a steady climb over the past several weeks.

"I Ain't Me" | Kygo x Selena Gomez
After a rather hot collaboration with Nicki Minaj, Selena Gomez teams up with Kygo with this cool track.

"Paris" Chainsmokers
Maybe you were lucky to see these guys in Charleston? If so, I am jealous. Paris comes in at #5

"Rockabye" | Clean Bandit
Rockabye teams up with Sean Paul and Anne-Marie for this hot track. I think it might have legs into the summer. Stay tuned.

"Stay" | Zedd & Alessia Cara
This song has been climbing since late February and in early May, it settles at #7 on the biggest songs heard at Charleston weddings so far this spring.

"Cold" | Maroon 5
Future teams up with Maroon 5 on this one. You need to hear it.

"Issues" | Julia Michaels
This one dropped on You Tube on March 7, and two months later it's cracked the Top 10. Take a listen now.

"Say You Won't Let Go" | James Arthur
A lovely song here cracking the Top 10. I could see it potentially used as a first dance. You need to hear it. Listen below.
Top 10 New Current Tracks Off The Urban / Rap Charts

"Mask Off" | Future
Future holds steady at the top of the urban & rap charts with this one.

"Shining" | DJ Khaled
DJ Khaled teams up with Beyonce & Jay-Z for this soon to be chart-topper.

"Both" | Gucci Mane
Drake joins on this #5 track by Gucci

"Goosebumps" | Travis Scott
Kendrick Lamar also joins Travis Scott on this track as it moves into the top 10.

"Fake Love" | Drake
A song that was once at the top of the charts earlier this year has run its' course and is getting ready to drop from the Top 10.

Care To Speak To Mike Bills About Being Your Wedding DJ?
And there you have it, the 10 biggest songs being heard all over the Charleston weddings this spring during the first week of May.  When I first started spotlighting these charts late last year, I was including more of the countdown and up to 20 of the biggest. Since it was more time-consuming, I scaled it back to just the top ten from each of those genres. I aluded to up above that Ed Sheeran was moving up the charts with another track "Castle On The Hill". Since we have so many Ed Sheeran fans in Charleston, I wanted to give you a sneak peak of this song (it's currently at 15), but I believe it will move up into the top 10 in the coming weeks. See below for the video.
Bonus Track | Ed Sheeran
"Castle On The Hill"

We'll see how things shape up at the end of May or early June as we get ready for another hot Charleston summer. What's going to be the song of summer 2017? We could be seeing on the right now or a release some time this month. I'll keep you posted. Remember these are just some of the biggest songs being played at weddings this spring and this list is designed to give you a good sampling as you prepare to design your wedding playlist. Are you just recently engaged and looking to begin to interview your wedding DJs? I would love to sit down and grab a coffee and talk about your musical tastes and what you like and what you don't like. Click HERE to schedule a consultation. When we meet I'll give you a complimentary copy of Charleston Weddings Magazine. 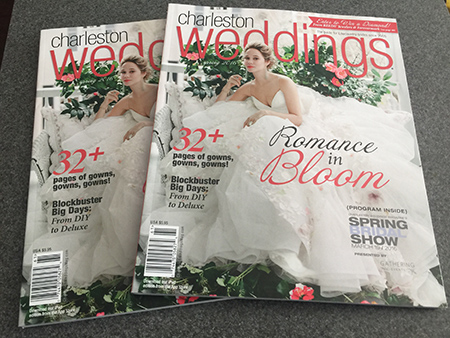