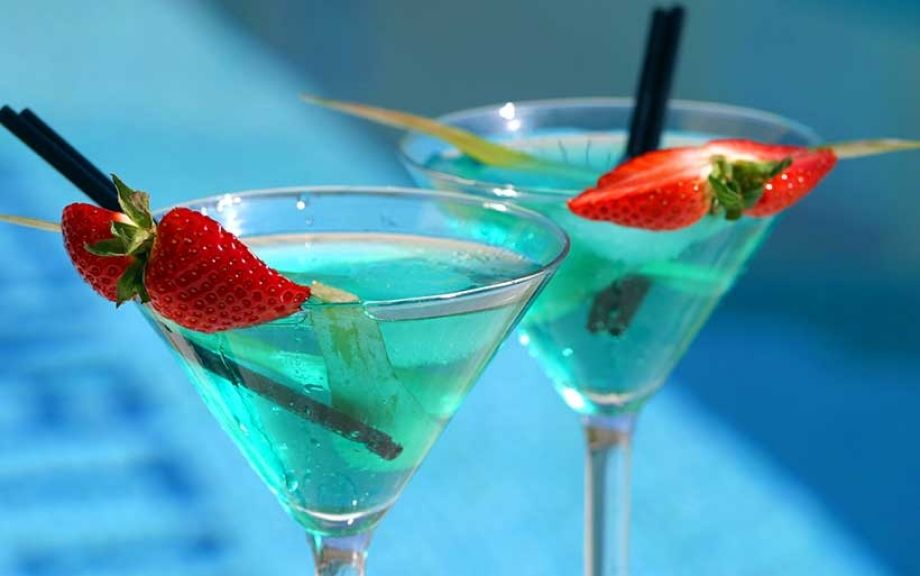 The Smooth & Sexy Like Silk Jazz Playlist For Cocktail Hour

She'll be here next Saturday night. She has one of the beautiful female jazz voices in modern jazz music history. Her name is Diana Krall. She has a very smooth and sexy voice and I cannot wait to hear it live and in person downtown at the Gaillard Center. In preparation for Diana Krall, I decided to throw together another cocktail hour playlist alternative when planning the music for your upcoming Charleston wedding.  As one of the best Charleston wedding DJs, today's iteration of the cocktail hour playlist has to do with the smooth and sexy like silk sounds of smooth jazz, and other soft rock songs who've got a sexy, jazz vibe.  The sounds of smooth jazz are perfect for a cocktail hour that's located right next to the water.  I am picturing this smooth jazz cocktail hour to go very well as a way to relax after your wedding ceremony and soak up a few rays of sun, especially if your wedding reception is held downtown at the Historic Rice Mill or Harborside East. Imagine, if you will, you and your guests socializing during your cocktail hour right on the water as the sun sets. It's the perfect soundtrack for your guests to socialize and sip cocktails down by the water in Charleston.

The songs on this cocktail hour playlist are very smooth and sexy just like silk, and include quite a bit of sax. :) Thank you finding my website and blog.  This blog has become one of the highest ranked on Google because of visitors like you. Visitors like you who are modern brides and grooms looking for inspiration in finding the right wedding DJ and music for their big day. If you are into something different like a smooth jazz cocktail hour, be sure to let your Charleston wedding DJ know.

Have A Smooth & Sexy Cocktail Hour By Downloading This Playlist From Spotify NOW
Looking to make the cocktail hour at your wedding a little more smooth and sexy like silk? Feel free to go and head over to my Spotify profile. You can find me over there at DJ Mike Bills.  As you are downloading this Smooth & Sexy Like Silk Cocktail hour playlist, be sure to look over all my other wedding playlists. There are constantly more and more being added to provide wedding music inspiration to my current clients. Not a Spotify user? No problem. All you need to do is scroll through this post and you can click on the title of each song to bring up a You Tube to listen to.

"Lily Was Here" | Dave Stewart & Candy Dulfer | 1990
From her album "Saxuality" in 1990, this song garnered quite a bit of mainstream air play on adult contemporary stations in 1991, and was in heavy rotation on smooth jazz radio stations when that format got more popular in the mid 90s. It's definitely a smooth and sexy add to your cocktail hour.

"Black Velvet" | Alannah Myles | 1990
You know I actually wasn't going to add this song into the playlist, but it came up in rotation on You Tube after Lily Was Here. It's not actually in the "jazz" category, but I've always thought of it as "smooth and sexy". This ode to Elvis Presley that was a one hit wonder for the lovely Alannah Myles is a perfect addition. "Black Velvet" would make it all the way to #1 on the Hot 100, make it one of the top songs of 1990.

"Catching The Sun" | Spyro Gyra | 1980
After it's 1980 release, "Catching The Sun" went all the way to Number 1 on the Billboard Jazz charts.  The perfect song as you catch a little sun during your cocktail hour at your Charleston wedding over at Kiawah Island, Seabrook Island or the Island House on Johns Island.

"Let's Fall In Love" | Diana Krall | 1999
Originally written by Harold Arlen and Ted Koehler back in the early 1930s, Ella Fitzgerald did it in 1959, and the great Frank Sinatra did it in 1961.  You should go and pick up Diana's  Live In Paris album. You'll find this track as well as many other amazing songs on it. Diana's voice is so smooth, just like the songs you see on this post.

"You Make Me Smile" | Dave Koz | 1993
Another great jazz song from the early 90s that had some pretty heavy airplay along with Lily Was Here. If you are interested, this song appeared on Dave's album "Lucky Man". It's a great song for any cocktail hour in Charleston, but especially at your wedding. "You Make Me Smile" appeared on Dave Koz's 2nd album in 1993, and this song would make it into the Top 20 on the adult contemporary chart.

"Giving You The Best That I Got" | Anita Baker | 1988
Anita Baker was a crossover artist back in the 80s that had a lot of airplay on R&B, as well as adult contemporary stations. This song was the title track to her 1988 album that went all the way to Number 1 on the pop charts.

"We're In This Love Together" | Al Jarreau | 1981
Al Jarreau sadly passed away back in 2017, but adds a little more "soul" into this smooth and sexy jazz cocktail hour.

"Breakout" | Swing Out Sister | 1987
The song was released in Britain in the fall of 1986 and went all the way to Number 4, while it hit Number 1 on the United States adult contemporary charts by the spring and summer of 1987.

"No Stress At All" | Paul Hardcastle | 2013
One of the more modern jazz tracks that I added into this smooth jazz playlist. When you take a listen to it, you'll also hear some samplings of Marvin Gaye's "What's Going On". Another smooth and "saxy" track.

"Sweetest Taboo" | Sade | 1984
She just had a birthday back on January 16 and I did a blog post about her, but we need at least one Sade song into this very smooth and sexy playlist for your cocktail hour.

"The Way You Move" | Earth Wind & Fire Featuring Kenny G | 2005
You'll want to pick up Earth, Wind & Fire's album "Illumination" that came out in 2005.  Kenny G's sax and EWF covering Outkast is a great addition to this smooth and sexy cocktail hour playlist.

"Tequila Moon" | Jessy J | 2008
This track was the title track from her first album released in 2008.  T "J" in Jessy J stands for "jazz", and when you hear her, you'll see why this song is another "smooth and sexy like silk" addition into this cocktail hour.

"Faces Of The Heart" | Dave Koz | 1993
Our final song here on this cocktail hour playlist is pretty saxy and the second song from the great Dave Koz. It's actually on the same album as "Make Me Smile" from 1993 (see above). If you are a huge fan of the soap opera, General Hospital, this song began to be used as the theme song after it's release.

"Chicago Song" | David Sanborn | 1987
The perfect addition to your smooth and sexy wedding cocktail hour playlist if you are coming to Charleston by way of the Windy City. Charleston has been a popular choice over the years for Chicagoans.  You can find this song on Sanborn's 1987 album A Change Of Heart, which would peak at #3 on the Billboard Top Contemporary jazz charts.

"Just The Two Of Us" | Grover Washington Jr. | 1980
Back in the very early 80s, it wasn't uncommon to see R&B and smooth jazz type songs like this to soar on the Billboard Hot 100. Grover Washington teamed with Bill Withers on this selection and would peak at #2 on the Hot 100 chart.

"Time & Tide" | Basia | 1987
Basia is one of my favorite jazz artists of the 1980s. She came from Poland. "Time & Tide" was the title track from her 1987 album. "Time & Tide" did receive radio airplay at our adult contemporary radio station here in Charleston.  The song went break into the Top 20 on the AC chart. The entire "Time & Tide" album is beautiful and had other hits like "Cruising For Bruising" and "New Day For You".

"One Heartbeat" | Smokey Robinson | 1987
Back in the summer of 1987, Smokey Robinson released his album, One Heartbeat. The title track of this album always had a very sexy, jazzy vibe to it, which is why I am adding it into this playlist.  Just watch the music video and you'll see the scene is a beach in southern California, as well as a sax player on the beach. The song would make it al the way up to #2 on the Billboard Adult contemporary chart.

"The Captain Of Her Heart" | Double | 1985
Double were a Swiss duo that had a big hit in the mid 80s on jazz and soft rock radio stations.  This song definitely has the proper vibe to be placed on this Smooth & Sexy Cocktail Hour playlist. Perhaps it's the mixture of piano and sax, but it's a very chill song that made it all the way to Number 4 on the adult contemporary charts in 1986.

"Desert Rose" | Sting | 2000
From his album Brand New Day, Sting released "Desert Rose" back in January of 2000. The theme of this song is sort of a lost love and it's sexy tone exudes a longing to be close to someone you love.  "Desert Rose" would rise all the way to Number 1 on the adult alternative chart.

Wanna See If Your Date Is Available For Mike To Be Your Charleston Wedding DJ?
How did you like this "smooth and sexy like silk" cocktail hour playlist? It's very sexy, just like silk, satin, and lace. Since I am so excited about seeing Diana Krall next Saturday at the Gaillard Center, I might just have to do another sexy jazzy blog post and dedicate it to her for next Saturday night's show.  Hope you enjoyed this cocktail hour playlist idea for your Charleston wedding and if smooth jazz isn't for you, my blog is absolutely overflowing with other playlist ideas for your cocktail hour, dancing, and lots of other DJ tips when selecting the wedidng DJ for your 2018 or 2019 wedding here in lovely Charleston.  Are you ready to sit down with one of the top wedding DJs in Charleston? Click HERE to tell me a little about the big day. I love to talk to brides and grooms about music and would love to DJ your Charleston wedding.