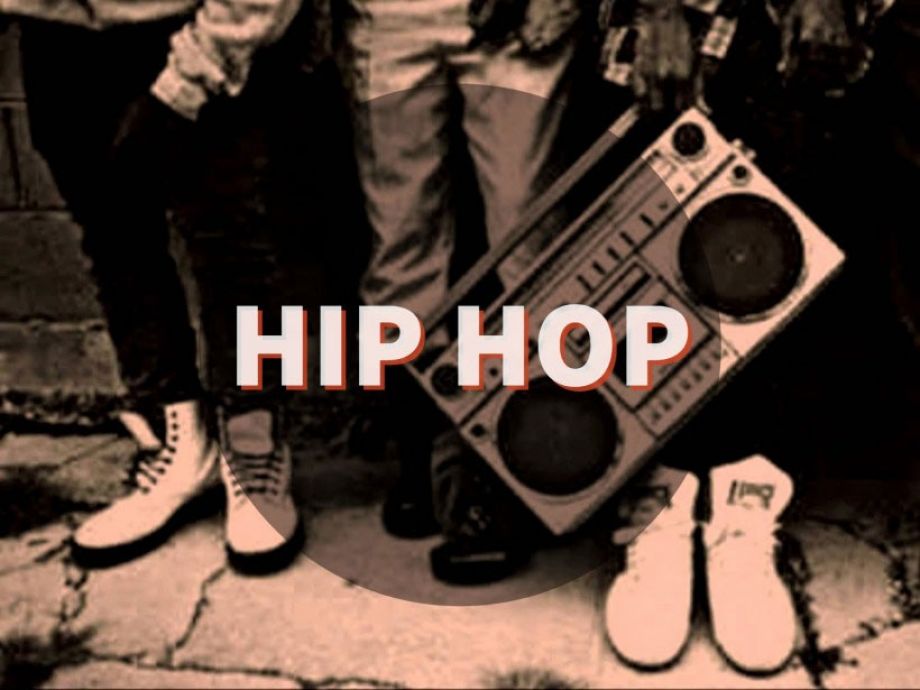 Your wedding is a day that you are going to remember for the rest of your life. It'll be a classy and elegant affair with your family and your closest friends with all sorts of food and drink, and of course, the music you know and love.  The playlist that you and your fiance will put together should be one that is balanced and gets everyone out on the dance floor.  One of the most popular genres of music that continues to be in rotation *no matter how old my clients are) is hip-hop music. Here at the end of 2020, I look back and consider myself very lucky to have grown up in the 80s and 90s. It will not take you to long once you start scrolling through this post to learn that the 80s and 90s were truly a golden era for the hip-hop genre. Back in the summer of 2017, (for the first time ever), hip-hop surpassed rock / pop music as the most consumed music. At the same time, hip-hop was responsible for 29% of all downloads through streaming services.

A lot of the songs you'll see on this playlist are mainstays on wedding playlists across the country. For the modern bride and groom who are interested in getting a quick primer on some of Most Requested Songs For Wedding Playlist, be sure to click the preceding link and you'll be taken over to an 8 volume series of posts outlining some of the most requested wedding songs. For a more summarized listing of some of the 40 Biggest Songs For Wedding Playlists, <----Click HERE. If you are a fan of The Best 80s Songs For Your Wedding Playlist, be sure to also check out this post by clicking the link.

Modern Brides And Grooms Can Get These Hip-Hop Songs From Spotify
The most requested hip-hop songs you'll see on this post today can easily be downloaded for you sample while you put together your wedding playlist. So many of my clients have come to me over the years with a lot of the work done on their wedding playlist already done by way of a streaming service like Spotify. When you click over to my Spotify profile, you'll find well over a 100 playlists designed to give the modern bride and groom inspiration as they put together their all-important wedding music. Feel free to head over there right now. Just do a search for DJ Mike Bills.

"Regulate" | Warren G
Back in 1994, Warren G and Nate Dogg would collaborate and create one of the most requested hip-hop songs of the 90s.  If you are a fan of Michael McDonald, you might recognize the sampling of his classic song "I Keep Forgettin' (Every Time You're Near)".  "Regulate" would enter the Hot 100 in the spring of 1994 and peak at #2.

"No Diggity" | Blackstreet
In 1996, Blackstreet would release their second album titled Another Level, which would feature a song that would spend 14 weeks at #1 on the Hot 100. "No Diggity" would eventually go on to win a Grammy for Best R&B Performance By A Duo.

"Hip Hop Hooray" | Naughty By Nature
Naughty By Nature originating from East Orange, New Jersey and would become one of the most popular American hip-hop groups of the early 90s. In the latter part of 1992, the group would release their album 19 Naughty III. "Hip Hop Hooray" would be the first single to be released from this album and would spend #1 on the R&B chart.

"This Is How We Do It" | Montel Jordan
It doesn't get more iconic as it pertains to the golden age of hip-hop than this classic from the great Montel Jordan. The title track from his first album back in 1995 would peak at #1 on the Hot 100, as well as the Hot R&B charts.  The song would re-emerge on the UK Dance charts in 2015 for the 20th anniversary of the song's release.

"Hypnotize" | Notorious B.I.G
Where would we be today if Biggie Smalls were still alive? "Hypnotize" would be released right before his untimely death in March of 1997. The song samples the beat from the Herb Alpert classic "Rise".  The song would peak at #1 on the Hot 100 and the Hot R&B chart and would become one of the 100 most popular songs of the 90s.

"Back That Thang Up" | Juvenile
Just make sure your wedding DJ plays this version of the song rather than the "Back That A-- Up" track.  Juvenile would collaborate with Manny Fresh and Lil Wayne for this track and it would become one of the songs of the summer of 1999 peaking at #5 on the Hot R&B chart.

"Rosa Parks" | Outkast
It would take numerous blog posts to explain how influential this hip hop group from Atlanta would be. "Rosa Parks" would be  the first song to be released from their 3rd album Aquemini in the fall of 1998.  The song would peak at #19 on the Hot R&B chart.

"Rump Shaker" | WreckX-N-Effect
There are so many samples on this hip-hop classic from 1992, like "Scratchin" by the Magic Disco Machine, and James Brown's "Blues And Pants". "Rump Shaker" would make it's debut on Hot 100 in October of 1992  and would peak at #2.

"Jam On It" | Newcleus
Based out of Brooklyn, NY, Newcleus were a rap / hip-hop who bursted onto the scene back in the summer of 1984.  While the song only peaked at #58 on the Hot 100, the song is long considered a mainstay on old school hip-hop playlists.

"Bust A Move" | Young MC
If you are thinking this 80s classic by Young MC is a repeat on my blog, your eyes are NOT playing tricks on you. The song appears on my post The Best Music From 1989 For Your Wedding Playlist.  You can find this #7 song on the Hot 100 on the album Stone Cold Rhymin'.

"The Message" | Grandmaster Flash & The Furious Five
Definitely a song that is in every wedding DJs crate who is a lover of old school hip-hop.  "The Message" was released back in the summer of 1982 but only reached #62 on the Hot 100 chart. The song would peak at #4 on Hot Black singles chart.

"Fight For Your Fight" | The Beastie Boys
These guys from New York City would take the hip-hop music scene by storm back in the fall of 1986 when they'd release their album Licensed To Ill.   This song would peak at #7 on the Hot 100 in March of 1987. For more of The Best Songs From 1986 For Your Wedding Playlist, be sure to click this link.

"Just A Friend" | Biz Markie
At the end of the 80s, Biz Markie would release his album The Biz Never Sleeps. "Just A Friend" would be the first song to be released from the album and would peak at #9 on the Billboard Hot 100.

"Pony" | Ginuwine
If you are a modern bride and groom who is interested in doing a garter toss at your wedding, this tends to be a very popular choice for this dying wedding tradition. "Pony" would be the first song to be released by Ginuwine in September of 1996 and would peak at #6 on the Hot 100.

"I Wish" | Skee-Lo
Born Anthony Roundtree in 1975 in Riverside, California, we'd later be introduced to him by the name of Skee-Lo. Skee-Lo would release his album I Wish in 1995 and title cut would be his only hit, peaking at #13 on the Hot 100 chart.

"Around The Way Girl" | LL Cool J
He might pretty much be seen on the TV show NCIS: Los Angeles these days, but in 1990 he'd release one of the biggest albums of the golden age of hip-hop with Mama Said Knock You Out. "Around The Way Girl" would break into the Top 10 on the Billboard Hot 100 in 1991.

"The Breaks" | Kurtis Blow
Kurtis Blow was a rapper from New York City who'd release his self-titled album in 1980.  Even though the song did not chart well on the Hot 100, the song would peak at #3 on the R&B chart.

"Paid In Full" | Eric B & Rakim
Eric B & Rakim were a hip-hop duo who'd release their debut album in the summer of 1987. The title track of Paid In Full" did not chart in the United State, but would peak at #15 on the UK singles chart. The song would become the 10th greatest hip-hop song in history, proclaimed by Rolling Stone.

"It's Tricky" | Run DMC
Run DMC would release their 3rd album Raising Hell in 1986. "It's Tricky" would become the last single to be released from the record and would peak at #21 on the Hot R&B chart in 1987.

"I Need Love" | LL Cool J
A few years he'd release Mama Said Knock You Out,  LL Cool J would release the album Bigger and Deffer. "I Need Love" would be the second song to be released and it would peak at #1 on the Hot Black singles chart.

"Brass Monkey" | The Beastie Boys
"Brass Monkey" would be the second single to be released from their 1986 album Licensed To Ill.  The song would peak at #48 on the Hot 100 in 1987, but would get a bit of a resurgence on Billboard Rap Digital songs chart in 2012 when founding member Adam Yauch passed away.

Ready To Sit Down To Talk With Mike Bills About Being Your Wedding DJ?
And as I put the wraps on this post outlining some of my selections of The Best 80s and 90s Hip-Hop Songs For Wedding Playlists, I can see a Volume 2 coming at some point in the future. Thank you so very much for making it to the end of this post. I sure you hoped you enjoyed reading over it as much as I enjoyed putting it together for you. My blog has become one of the most informative for the modern bride and groom on the world wide web. Music is my passion and I would love to speak with you about helping you put together an amazing playlist for your wedding that will have you and your guests talking about the fun for many years to come. If you are ready to sit down and talk with me about being your wedding DJ, just click the link up above and you'll be asked to complete a contact form with some of the basic details for your big day. I look forward to hearing from you soon. Thanks again for stopping by!