Madonna Turns 60: 80s A To Z & More By One Of Charleston's Top Wedding DJs

Happy 60th Birthday To Madonna | The Queen Of Pop. Enjoy this look back at some of her greatest music from the 80s and beyond. Here she is on the beach in 1989. Pera

You better believe that there was no way I was going to let Madonna's 60th birthday pass by without any acknowledgement. Madonna's music has been part of my life since at least 1983, when I was in elementary school and heard "Borderline" for the first time. Since I had older sisters, MTV was always on when our parents were out and I caught all the early classic Madonna videos. It's hard to put into words how much of an impact Madonna has had on pop music over the past 35 years. She is very worthy of her title of "Queen Of Pop", with over 300 million + albums sold, and she has also been proclaimed the greatest solo act of all time. During my radio career when I hosted my 80s Request shows, Madonna was always in the Top 5 of 80s artists receiving requests for airplay by my listeners. As one of the best Charleston wedding DJs, I can tell you that Madonna is still in heavy rotation at weddings all around town. "Holiday" is still a favorite song to throw on when brides and their bridesmaids want to get a little crazy and get things started on the dance floor early in the evening. The Shep Pettibone Remix of "Like A Prayer"  is a personal favorite of mine for later in the evenings at Charleston weddings when it's on the request list and you'd like to keep guests on the dance floor.. From the 80s to now, Madonna's music has evolved and she continues to reinvent herself. In this special post to honor her on her 60th birthday, I take a special look at an (A-Z) listing of how her career started back in the 80s along with some other of my favorite tracks too. Enjoy this salute back on one of the greatest women in music ever.

Oh, I almost to forgot mention, we'll talk more about it when I get to it, but "La Isla Bonita" is also a personal favorite of mine during a cocktail hour, especially when I am playing down near the water at one of Charleston's most beautiful venues. Ok, time for me to shut up. You'll probably want to turn up those speakers and headphones and grab those fingerless gloves so you can bring out your inner material girl.
"Angel" | 1985
"Angel" was released back in the spring of 1985. It was the third single released from her second album "Like A Virgin". It would end up reaching Number 5 on the Hot 100 by the summer of 1985.

"Cherish" | 1989
During the late summer of 1989, Madonna was rolling around on the beach in the music video for what would be the 3rd song to be released from her Like A Prayer album. The song would be the 8th song to reach Number 1 on the Billboard Hot 100 by the queen of pop.

"Crazy For You" | 1985
Madonna would play a brief part in what would be her first movie appearance in 1985's "Vision Quest". She would play a singer at a bar and sing this lovely ballad reaching Number 1 in the spring of 1985. Check it out down below. It's a beautiful ballad from the 80s that might be able to be thrown on for a slow dance at your wedding reception over at Harborside East or Alhambra Hall

"Dress You Up" | 1985
"Dress You Up" would end up being the last single to be released from Madonna's second album "Like A Virgin" back during the summer of 1985. It would become her 6th straight Top 5 hit in September of 1985.

"Express Yourself" | 1989
Released in the spring of 1989, "Express Yourself" would be the 2nd single to be released to radio off one of her biggest records "Like A Prayer". It was a great dance song that talks about female empowerment and would reach Number 2 back in July of 1989. Check out the video down below as it was the third most expensive of all time with a budget of close to $5 million.

"Holiday" | 1983
Ah yes! We've reached a moment in this blog post where I imagine all a lot of my brides kicking off the dancing portion of the evening at their Charleston wedding reception with all their bridesmaids dancing around them. She would perform the song on Dick Clark's American Bandstand back in early 1984. Check out the video down below.

"Into The Groove" | 1985
"Desperately Seeking Susan" would be the second film during the 80s that we would see Madonna play a part. "Into The Groove" was the B side to "Angel" and later would be included on a reissue of her "Like A Virgin" album. 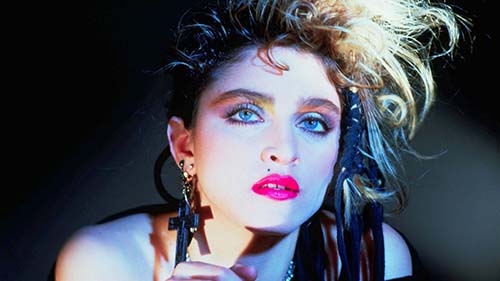 "La Isla Bonita" | 1987
Madonna was dabbling in a little Spanish culture back during the recording of her 1986 album "True Blue". The song would become her 2nd Number 1 on the adult contemporary charts. If I had to choose a favorite song by Madonna, this would be it. Be sure to check out the music video down below.

"Like A Prayer" | 1989
"Like A Prayer" would be a controversial moment for Madonna (for the 80s). Released in March of 1989, the title track to this very successful album would become her 7th Number 1 song.

"Like A Virgin" | 1984
The title track to her 1984 album would be released in the fall of 1984 and would reach Number 1 on the Billboard Hot 100 just before Christmas.  Check out the music video down below for a possible honeymoon idea after your wedding in Charleston as Madonna floats downs the canals of Venice in a gondola.

"Live To Tell" | 1986
Madonna was first married to actor Sean Penn. This song was the first single to be released from her 1986 album "True Blue" and was featured in the movie "At Close Range", starring Sean Penn. It would be her first Number 1 song on the adult contemporary chart.

"Lucky Star" | 1984
"Lucky Star" was another song from her debut album that was remixed by her boyfriend Jellybean Benitez. The song would be the 4th song to be released from her self titled album and would go all the way to Number 4 on the Billboard Hot 100 chart.

"Material Girl" | 1985
"Material Girl" would be the second song to be released from her "Like A Virgin" album.  You might remember it being featured in the movie "Moulin Rouge!" back in 2001. The song would hit Number 2 for 2 weeks back in the spring of 1985.

"True Blue" | 1986
The title track to her 1986 album was one of the many love songs she wrote to her boyfriend Sean Penn. "True Blue" would peak at Number 3 on the Hot 100 charts, and Madonna and Sean Penn would eventually be married.

"Who's That Girl" | 1987
"Who's That Girl" is the title track to her 1987 album, and movie released in the summer of 1987, which she starred in. The movie would be a commercial failure, but the song would become her 6th song to hit the top of the Billboard Hot 100.

Other Notable Madonna Songs
Here are a few more post 80s tracks that are some of my personal favorites, and some of which have seen some rotation at recent Charleston weddings.
"Vogue" | 1990
Madonna started the 90s with a bang. You simply could not go anywhere without striking a pose in 1990. "Vogue" appeared on the album "I'm Breathless", which was the soundtrack to the film "Dick Tracy" where she starred alongside Warren Beatty.

"This Used To Be My Playground" | 1992
Madonna starred in the film "A League Of Their Own", which was released in the summer of 1992. The film was a portrayal of the All American Girls Professional Baseball League also starring Geena Davis and Rosie O'Donnell. The song would become her 10th Number 1 single.

"Take A Bow" | 1994
"Take A Bow" was released at the end of 1994 and is featured on her album Bedtime Stories. The song would become her 11th Number 1 song on the Hot 100 charts and is still in heavy rotation on adult contemporary stations around the country.

Wow. What an incredible career Madonna has had! Something tells me that there is certainly still more to come from her in the coming years. If you saw the video up above when she performed "Holiday" on American Bandstand, Dick Clark asked her what she wanted to do in 1984 and beyond. She said she wanted to rule the world. She certainly did the rule the world and the charts giving her the title of Queen Of Pop. Her music will continue to be an integral part of dancing and celebration at Charleston weddings for many years to come. As one of the best Charleston wedding DJs, I welcome you to my musical world. Please take an opportunity to get lost in my musical world. I hope you enjoyed this celebration of Madonna's music on her 60th birthday. Music is my passion and I want to share that passion with all clients in helping them create the best mix of music for their Charleston weddings and events. If you are just visiting my website for the very first time, I invite to click over to other sections to see what it is I am all about. If you are recently engaged and are seeking one of the top wedding DJs in the Charleston, SC area, click HERE to tell me a little more about your upcoming big day. I love to talk music with newly engaged couples. 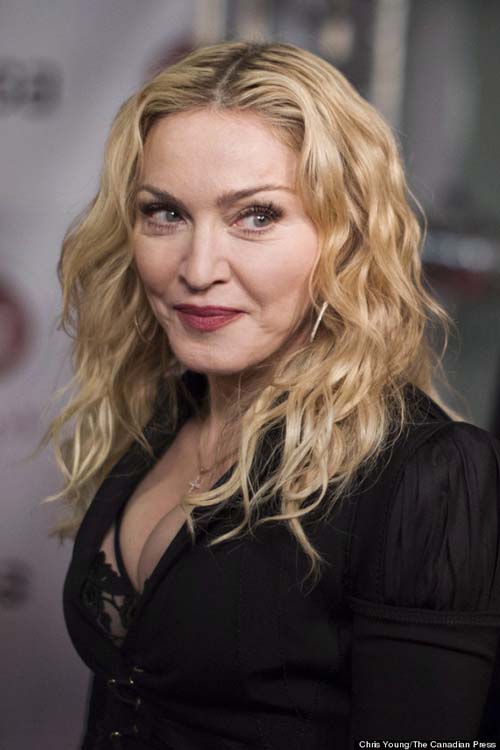 Tweet
More in this category: « 5 Choices For A Wonderful Charleston, SC Beach Wedding Ceremony & Reception RIP Aretha Franklin | 15 Hits From The Queen Of Soul At Charleston Weddings »
back to top