Don't let a little rain get you down on your wedding day in Charleston. Embrace it and have a little fun and take a listen to these rain songs Adobe Stock

Sometimes the crazy weather that we have down here in Charleston, SC is inspiration for a blog post. The summer of 2018 here in Charleston has been extremely wet.  While the local meteorologists say  we haven't exactly broken any records, the fact that it's rained 18 out of the past 19 days (at the time of this post) is making it seem all the more wetter. And what do you ask would be my tie in as a wedding DJ with all the summer thunderstorms and monsoon-like rains we've been getting in Charleston? You guessed it. A little rain on your wedding day might be a sign of good luck as you begin your new life together as a couple. As a professional wedding DJ who has endured many summer weddings (partially outdoor) in Charleston, they can be extremely stressful, and have you refreshing the weather radar on your smartphone seeing where the storms are, and if you are ready to get hit. Charleston pretty much has a "sub-tropical" climate with high temperatures and high humidity where rain showers and thunderstorms can pop up faster than the radar can detect them. Even if limited protection from the elements is being used for one of my wedding ceremonies, moisture and electronic equipment do not mix. During the summertime, it takes a stroke of good luck to make it through a wedding ceremony without a few drops of rain. But enough about me and my apparent good luck when it comes performing weddings with threatening weather. Let's talk about how a little rain can be fun and romantic for your Charleston wedding.

Planning a summer wedding is not for the faint of heart. If you are thinking about having your wedding in Charleston during the rainy season (May-October), then hiring a great wedding coordinator / planner is an excellent idea. Why? Because you'll be able to rest easy knowing you will have an adequate Plan B mapped out in the event that it rains on your wedding day. Back in October of 2015, I had the pleasure of DJing a wedding during a 1000 Year Flood here in Charleston. Due to the fact there was a Plan  B, everyone still had fun and despite moving things indoors, the day was a huge success. But let's digress from the serious plans and details of your wedding day. Just take a deep breath. One of the most popular beliefs is that rain will give you good luck for your marriage. Even if you aren't superstitious, your wedding day is supposed to be the least stressful and most beautiful day of your life. Don't stress, but instead make adequate plans in advance so that if a little rain does pop up on your wedding day, you can laugh it off. Just a little bit of rain could make for some romantic moments, like stealing a first kiss under an umbrella or some great "rainbow" photo-ops. Ok, let's move on to the music. Let me share with you 20 songs that are perfect to hear on a rainy day in Charleston.

Download These Songs About Rain From Charleston Wedding DJ Mike Bills On Spotify NOW
If you are a modern bride and groom who enjoy a little rain and would like to download this playlist to maybe have these songs in your back pocket for a rainy wedding day, head over to Spotify now. When you get over to Spotify, all you need to do is just do a search for DJ Mike Bills. While you are there, you'll also find a ton of other wedding playlists that you can also look through for wedding playlist inspiration when you are sitting down to create your playlist for your DJ.

"Kiss The Rain" Billie Myers
We kick off this list with a Top 20 song from 1997 which turned out to be a One-Hit Wonder for Billie Myers. The song would go all the way to Number 15 here in America, and be featured on the popular 90s TV series "Dawson's Creek"

"Purple Rain" | Prince
This title track from the album of the movie of the same name was one of the biggest songs of 1984. In the days after the death of Prince, the song became one of the most downloaded tracks off ITunes.

"Rain" | The Beatles
"Rain" was released in the spring of 1966 and was the B side opposite their track "Paperback Writer". If you are a fan of U2, they would cover the song in the 80s. 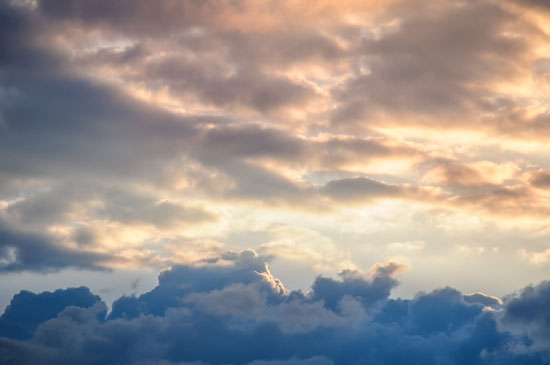 "Come Rain Or Come Shine" | Ray Charles
Originally written in 1946 by Harold Allen, this song is not only a great song for a rainy day, but it could be a first dance song. Take a listen to it down below.

"Fire And Rain" | James Taylor
One of James Taylor's signature songs released in early 1970, this song would be a great addition to your dinner music playlist.

"Kiss Me In The Rain" | Barbara Streisand
This song was the second single to be released off Barabara Streisand's album "Wet" in 1979.  Like I mentioned up above, a little rain on your wedding day would not be a bad thing, and might be quite a bit of fun.

"Laughter In The Rain" | Neil Sedaka
The perfect song for rain on your wedding day, because there should be some laughter when those raindrops start to fall. Neil Sedaka released this song back in the fall of 1974 and it would peak at #1 on the Hot 100 and the Adult contemporary charts in February of 1975. 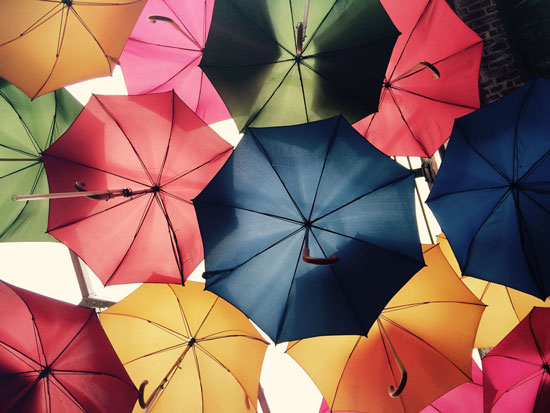 "Let It Rain" | Eric Clapton
One of my favorite songs by the great Eric Clapton. It was written and recorded on his first studio album in 1970, but did not get offically released until 1972. The song used to be a popular song on classic rock and AOR radio stations.

"She's My Kind Of Rain" | Tim McGraw
Released in early 2003, this song would go all the way to Number 2 on the country charts. You can find it on the album "Tim McGraw And The Dancehall Doctors".

"Rainy Night In Georgia" | Brook Benton
This classic was written Tony Joe White back in 1967. Brook Benton, who was actually a South Carolina native would release this song in 1970 and make it a Number 1 song on the R&B charts.

"I Love A Rainy Night" | Eddie Rabbit
As everyone is dancing inside your wedding venue during a great big thunderstorm, you'll love this song by Eddie Rabbit and see why he loves a rainy night. The song would have great crossover success as it went to Number 1 on the country charts, as well as the Billboard Hot 100.

"Have You Ever Seen The Rain" | Creedence Clearwater Revival
Released in 1971 from their album "Pendulum", this classic song by CCR would go all the way to Number 8 on the Hot 100 charts

"It's Raining Again" | Supertramp
One of the most romantic memories I have of this song is in the video. Be sure to watch the music video down below that was actually in the rotation of the very early MTV back in 1982.  The video has a very romantic ending.

"The Rain" | Oran Juice Jones
This R&B classic by Oran Juice Jones was one of the biggest songs of 1986 and got to spend Number 1 on the R&B charts for 2 weeks. It would also break into the Top 10 on the Billboard Hot 100 charts.

"Summer Rain' | Belinda Carlisle
This song was actually featured on my Summer Soundtrack blog post back at the beginning of summer back in June. It's the perfect song for this time of year in Charleston when you have off and on showers we have been experiencing.

"Who'll Stop The Rain" | Creedence Clearwater Revival
What's this thing that Creedence Clearwater Revival has about writing songs about rain? Sometimes I've been at weddings in the summer and we get those unexpected downpours and have found myself asking that very question. "Who'll Stop The Rain" can be found on the CCR album, Cosmos Factory released in January 1970. The song would make it all the way to #2 on the Billboard Hot 100.

"Fool In The Rain" | Led Zeppelin
You have to promise me if you hire me to be your wedding DJ and if get a sudden "summer" downpour that you and your fiance will make the most of it and dance around like "fools in the rain. Led Zeppelin likes to sing about rain too. "Fool In The Rain" appears on their 1979 album In Through The Out Door". The song was released as a single and would peak at #21 on the Billboard Hot 100, but is still in rotation on classic rock radio today.

"Only Happy When It Rains" | Garbage
If you are a fan of 90s alternative music, you certainly are probably a fan of Garbage. The song was released in the fall of 1995 and would break into the Top 20 on the alternative charts.

"Umbrella" | Rihanna feat. Jay-Z
Released back in the spring of 2007, "Umbrella" can be found on Rihanna's album, Good Girl Gone Bad. "Umbrella" would make it all the way to number on the Billboard Hot 100.

"Rain" | Madonna
Back in the summer of 1993, Madonna would release her fourth song from her Erotica album. "Rain" would peak at #14 on the Billboard Hot 100, and would become a Top 10 hit on adult contemporary charts.

"November Rain" | Guns & Roses
"November Rain" was one of the longest songs to make it into the Billboard Hot 100. It was officially released in February of 1992 from the album Use Your Illusion I.  The song would peak at #3 on the Hot 100.

"Red Rain" | Peter Gabriel
Peter Gabriel released his album So in the summer of 1986, which featured his hits "In Your Eyes", as well as "Sledgehammer".  "Red Rain" was the second single to be released off the album and would peak at #3 on the Mainstream Rock chart.

Wanna Talk To One Of The Best Wedding DJs In Charleston About Your Most Special Day?
Hope you enjoyed this post that featured a little advice about planning summer weddings in Charleston. Just remember to take a deep breath if you should have a rain on your wedding day! Have fun and don't take things too seriously. If this is your first visit to my website, welcome and thank you for reaching it to the end of this post. Music is my passion and I love to share it with my current and prospective clients.  Click the link up above to tell me a little more about your big day. I'd love to talk music with you soon.  I love my coffee black.

Tweet
More in this category: « 5 Reasons To Host An 80s Party In Charleston By One Of The Best Wedding DJs An Open Invitation To Charleston Wedding Planners From A Top Wedding DJ »
back to top