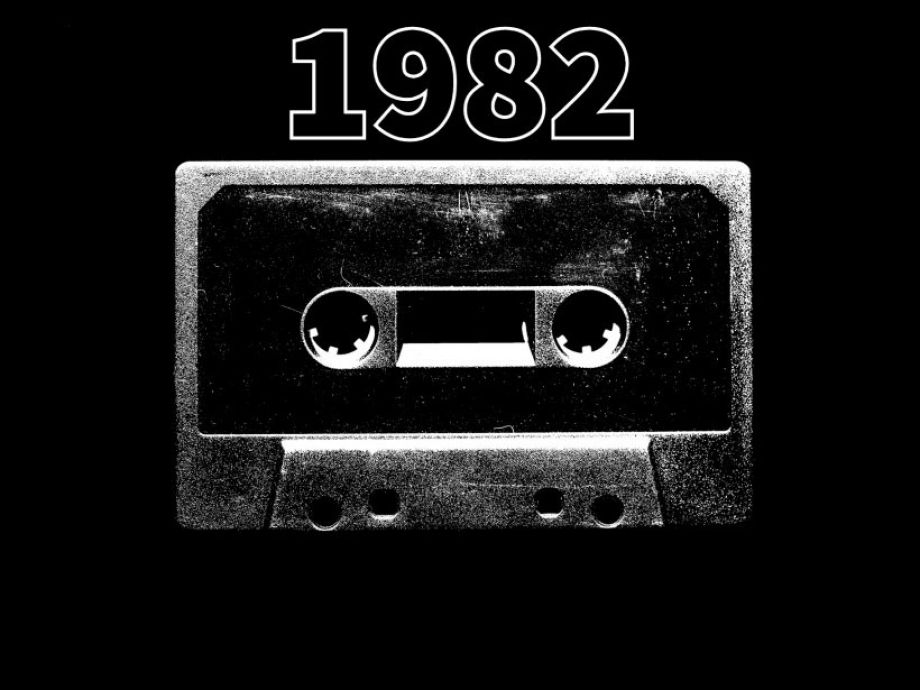 80s Music For Your Wedding Playlist: Best Songs From 1982

Do you love the music of the 80s as much as I do? Well, you must love something about 80s music if you've somehow landed on this page. Thank you for visiting my website and blog. You are about to be taken on another journey back into the absolute best decade in musc.   This particular post is almost going to just about complete all of my posts that I have put together for each year of the 80s.  1982 was another amazing year of 80s music. The song selected for this playlist produced more of those iconic images mentioned in my post about 1981 from MTV beginning to air music videos.  No matter how compelling the content of the video was,  the images stuck with us forever.  While we are all listening to music today on our Iphones through Spotify, things were just a tad bit different back in 1982 with our $129.00 Sony Walkmans.  Poltergeist, Tootsie, and E.T. were some of the biggest movies of the year. I'll throw in some other fun facts about the year down below, but you won't want to click away until you see of these great songs from 1982.

Just to put things in perspective, I was getting ready to turn 9 in the fall of 1982 and was entering 3rd grade.  While I was still probably too young to be really getting a grasp on what my favorite music would become, I was absorbing a lot of what I saw on MTV because my two older sisters were glued to that station when my parents went out for the night.

Download These Amazing Songs From 1982 Right Now From My Spotify
I love to make things easy for my clients. One of the things that my clients have grown to love over the past years is my growing collection of playlists at my Spotify profile.  You can find my Spotify profile by heading over there now and searching for DJ Mike Bills. My profile is a continuous work in progress as I am always continuing to get creative with some of the most diverse playlists. And it's these playlists that provide my clients that needed inspiration when putting together the music for their playlists. Sometimes couples don't know where to start and my Spotify profile is an excellent place to start. Head over there after you scroll down and take a look at all this excellent music from 1982.

"Forget Me Nots" | Patrice Rushen
Disco had a slight pulse in the early 80s. "Forget Me Nots" by Patrice Rushen was a reminder that we were still sort of coming out of the disco era of the late 70s and early 80s. Will Smith would sample the song in the soundtrack to the movie Men In Black.  The song would fail to break into the Top 20 on the Hot 100, but peak at #4 on the Hot R&B chart.

"Eye Of The Tiger" | Survivor
One of the blockbuster movies of 1982 was Rocky III. Released in the summer of 1982, it would create  one of the most iconic songs of the 80s.  You could not turn on MTV that summer, or the radio for that matter without seeing the video or hearing the song.  The song would make it all the way to #1, and go on a popular list of Grand Entrance Songs at weddings. For more of the best grand entrance song ideas for your wedding, be sure to CLICK HERE

"Down Under" | Men At Work
Speaking of popular MTV videos during the first few years of being on the air, this is one of them.  Men At Work came to MTV and radio from Australia. "Down Under" would make it all the way to #1 in Australia a whole year before being released in America.  Once released in the United States in fall of 1982, the song would make it all the way to #1 on the Hot 100 chart.

"Abracadabra" | Steve Miller Band
The Steve Miller Band gave us so many great classic rock songs in the 70s. By 1982, they would the album Abracadabra. The title track was released in May of 1982 and make it to #1 on the Billboard Hot 100 chart.

"Hey Mickey" | Toni Basil
I don't want to sound like a broken record but the video for this song is another one of those iconic videos seen within the first year of MTV.  "Mickey" would reach Number 1 on the Billboard Hot 100 in December of 1982. For more of the Best 80s One Hit Wonders For Your Wedding Playlist <----Click HERE

"Sexual Healing" | Marvin Gaye
One of the greatest tragedies in music history was the untimely death of Marvin Gaye in 1984.  Marvin Gaye was one of the greatest Motown artists throughout the 60s and 70s and was still making some excellent music in the early 80s. And I might add that some of those songs in the early 80s were quite sexy!  "Sexual Healing" would peak at #1 on the R&B chart and #3 on the Billboard Hot 100 chart. For more of The Top Motown Songs For Wedding Playlists <---CLICK HERE

"The Message" | Grandmaster Flash
One of the earliest hip-hop songs was recorded and released in 1982.  While the song did not even manage to break into the Top 50 on the Hot 100, "The Message" managed to make it to #4 on the Hot Black Singles chart. For more of the Best 80s and 90s Hip Hop Songs For Your Wedding Playlist, <----Click HERE

"Pass The Dutchie" | Musical Youth
I'm convinced that if not for MTV, that I probably would never have discovered who Musical Youth were.  Musical Youth were a British Jamaican reggae band who released their album Youth Of Today in 1982.   "Pass The Dutchie" was the first release off this album and would be the first major label release.  The song would make it all the way to #1 on the UK chart, and peak at #10 on the Hot 100 chart. For those clients of mine who are interested in some of The Best Reggae Songs For Cocktail Hour <----Click HERE

"Rock The Casbah" | The Clash
Punk rock became even more popular when music videos for The Clash hit the airwaves on MTV. Over the years, I've gotten a lot of requests for this song in the 80s category of wedding playlists. Personally, I like to mix a 12 inch remix of the song into rotation at a wedding (if it's requested). "Rock The Casbah" would peak at #8 on the Hot 100 and Dance charts.

"Rosanna" | Toto
Toto released their album Toto IV in the spring of 1982.  Toto IV was the same album that featured "Africa", but "Rosanna" was the first single to be released. The song would peak at #2 on the Billboard Hot 100 and stay there for 5 weeks.

"Every Little Thing She Does Is Magic" | The Police
It was rumored that Sting wrote this song in the mid 1970s before he joined The Police.  "Every Little Thing She Does Is Magic" is one of the most popular Police songs requested by my clients. Released off the album Ghost In The Machine in November of 1981, the song would peak at #3 on the Hot 100 chart, as well as #1 on the Mainstream rock chart.

"Leather And Lace" | Stevie Nicks & Don Henley
In the early 80s while Fleetwood Mac was between albums, Stevie Nicks was kickstarting her solo career.  The early part of her career saw her do a song with the late Tom Petty, as well as Don Henley.  "Leather And Lace" would be released in the fall of 1981 and peak at #6 on the Billboard Hot 100 in January of 1982.

"Shock The Monkey" | Peter Gabriel
Peter Gabriel used to be the lead singer of Genesis until he left to embark on a highly successful solo career.  "Shock The Monkey" came with it another one of  those iconic music videos you were able to see on MTV. It was the second song to be released from the album Security in September of 1982.  While the song barely cracked the Top 30 on the Hot 100, it went all the way to #1 on the Mainstream Rock chart.

"Hold Me" | Fleetwood Mac
Fleetwood Mac released their 13th album titled Mirage in the spring of 1982.  "Hold Me" was the first song to be released as a single in June 1982. The song would make it all the way to Number 4 on the Hot 100 chart.

Hire Mike Bills To Be Your Wedding DJ Today!
I hope you enjoy checking out this blog as much as I enjoy putting all this amazing content together. As you can see, 1982 was an amazing year in music. But in all honesty, every single years of the 80s came with it some truly incredible music.
1982 In Review
Average cost of a home: $67,500
Average price of a new car: $7,983.00
Loaf of Bread: 50 cents
Cost of a gallon of gas: 91 cents
Just a few fun facts to throw at you about 1982 to put things in perspective about where we are in 2021.  If you just got recently engaged and are in the hunt for one of the top wedding DJs, I would love to speak with you about your wedding.  All you need to do is click on the link up above to be taken over to my contact form to fill out some basic details about your day. I love talking music with my clients and learning what they like. I look forward to hearing from you soon. Thank you for stopping by!