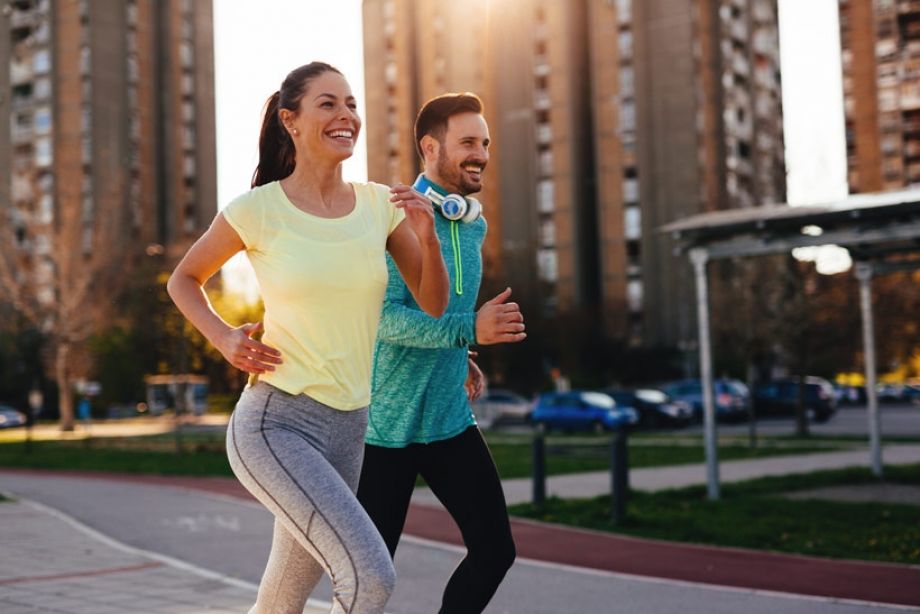 It's probably one of the busiest weekends of the year in the Charleston, SC area; Cooper River Bridge Run Weekend. Since it's beginning in 1978, the Cooper River Bridge Run has become one of the most popular 10K races in the country.  It's actually a 10K race that Oprah Winfrey ran back in 1994. What else makes this weekend one of the biggest of the year in the Holy City?  Well, the Charleston wedding season is well underway which means there will once again be a large amount of destination couples coming to town along with their family and friends. The Flowertown Festival takes place out in Summerville, and it normally attracts upwards of 200,000 people. The Volvo Car Open will be wrapping up another wildly successful year over on Daniel Island, and if that's not enough, The Lowcountry Cajun Festival is also happening! As one of the best Charleston wedding DJs, I have always got music on the brain. I love helping brides and grooms make an amazing soundtrack for one of the biggest days of their lives. Even though I am not running the bridge,  I wanted to create a great playlist of music for people needing a little boost in making it over the great Charleston landmark. You'll want to read on and have your Spotify ready to add these songs so you are prepared when the gun fires on the starting line.

I can actually remember one of my clients several years ago coming to Charleston to get married on Bridge Run weekend. She and her fiance did the Bridge Run before their wedding! Whether you are running the bridge for personal fitness or doing it for fun with your friends and family, thanks for hitting my blog and enjoy these song selections to help you "get over it".

Download These 25 Songs For The Best Cooper River Bridge Run Right Now From My Spotify
You've signed up to run in one of the most popular 10K races in the entire country. Thousands and thousands of runners flock to Charleston, SC each spring to try to conquer the Double Diamonds. The best set of songs will help you get over the bridge. Head over to my Spotify profile and put this playlist into your phone right now. Just do a search for DJ Mike Bills

"Born To Run" | Bruce Springsteen
The title track from Springsteen's third album released in the summer of 1975 went all the way to Number 17 on the Cash Box Hot 100. There was a 30th anniversary edition released in 2005 that had similar chart success.

"Runnin Down A Dream" | Tom Petty
You can find this classic by the late Tom Petty on his mega-selling album Full Moon Fever, which celebrates it's 30th anniversary since it's release in 1989. "Runnin Down A Dream" would be the second single to hit radio, right before "Free Fallin" at the end of 1989. For more of the best and most requested songs by Tom Petty, be sure to click on this link.

"I Ran (So Far Away)" | Flock Of Seagulls
If you remember back in the early 80s, the video for this song was in the early rotation of MTV. Imagine that! There was a time when MTV did play music videos.  This song was their second single from their self titled album and would peak at #9 on the Billboard Hot 100 charts.

"Long Train Runnin" | The Doobie Brothers
You'll find this Top 10 classic from 1973 on the album The Captain & Me. The song would peak at Number 8 on the Billboard charts.

"Run Like Hell" | Pink Floyd
If you are a fan of classic rock radio, you can still hear your favorite Pink Floyd songs today. "Run Like Hell" appeared on the The Wall.  It did better overseas in countries like Sweden, as well as Canada where it peaked at Number 15.

"Running On Empty" | Jackson Browne
Hopefully you'll be carbing up the night before at the annual pasta dinner so you will not be running on empty when race day arrives :)  Featured in the classic movie "Forrest Gump", this title track of the 1978 album peaked at Number 11 on the Billboard charts.

"Eye Of The Tiger" | Survivor
If you've never run the Bridge Run before, you may not know what to expect. While the Bridge doesn't have boxing gloves, this is an excellent song to get your adrenaline pumping as you are running up the first span.  The song would become the theme for the movie Rocky III and also one of the biggest songs of 1982.

"Love Runs Out" | One Republic
From their album Native, released back in 2013, "Love Runs Out" was released in April of 2014, and would go all the way to #4 on the Billboard Adult Top 40 charts.

"I'm Still Standing" | Elton John
The first time I ran the bridge back in 1990 I remember hearing this song as I was running down one of the downtown streets on my way to the finish line. You can find this track on Elton John's 1983 album, Too Low For Zero. The song would peak at #12 on the Billboard Hot 100 charts.

"Pumped Up Kicks" | Foster The People
You know a big part of running over the Ravenel Bridge is showing off your awesome kicks. This was a breakout hit back in 2011 for Foster The People.  The song would hit Number 1 on the Alternative charts, but would crossover to the Top 40 charts.

"It Keeps You Runnin'" | The Doobie Brothers
This the second song from the Doobie Brothers on this post because they seem to like to sing about "running". You can find this song on their Takin It to The Streets album and also in the movie "FM".

"A-Punk" | Vampire Weekend
How about some up-tempo Indie rock to get you over the Bridge? It's hard to believe it's been just over 11 years since it's release. "A-Punk" would reach #6 on the Bubbling Under Hot 100 charts by Billboard.

"Break My Stride" | Matthew Wilder
This infectious, catchy early 80s one hit wonder is sure to keep you in the middle of your pack once you get up on the top of the Ravenel Bridge. The song would go all the way to the Top 5 on the Billboard Hot 100 back in 1983.

"Running Up That Hill" | Kate Bush
Maybe it was a little cliche for me to add this song into this playlist, but this is very smooth and chill 80s alternative track. It's the perfect song to coast into your second wind once you start coming down off the Bridge down into Charleston. Released in 1985, the song would peak at #13 on the Billboard Hot Dance Club Play chart.

"Die Young" | Ke$ha
Released in the fall of 2012, this song would peak at Number 2 on the Billboard Hot 100 and be a staple in dance clubs all around the country.

"Thunderstruck" | AC/DC
This was the first single to be released off the album Razors Edge back in 1990.  The song would reach #5 on the Billboard mainstream charts. You'll appreciate this hard rock classic in your headphones when you need a little extra adrenaline and energy to get over the bridge.

"Electric Feel" | MGMT
From their album Oracular Spectacular released back in 2007, this song had the greatest success on the Australian singles charts. The song would peak at #7 down under on the singles charts.

"Mony Mony" | Billy Idol
Originally released back in 1968  by Tommy James & The Shondells, Billy Idol would cover it in the 80s and do very well at it.  Billy Idol would take his version all the way to Number 1 on the Billboard Hot 100 charts.

"Lose Control" | Missy Elliott
Run over that Bridge like it's the hot summer of 2005.  The song also features Ciara and rapper Fatman Scoop.  The song would peak at #3 on the Billboard Hot 100 during the summer of 2005.

"Let's Go Crazy" | Prince
It's hard to fathom that at the time of the publishing of this post, it's almost been 3 years since the death of Prince.   The song was released back in the summer of 1984 in conjunction with "Purple Rain", the movie. The song would top the Billboard Hot 100 charts, and would re-chart after Prince's death in May 2016, making it all the way to #25. If you are really into the 80s music and need another playlist of some of the best 80s music, click over to this link.

"Where Are We Runnin" | Lenny Kravitz
Released back in the spring of 2004, this was the first single to be released from Lenny's Baptism album.

"Finally" | Cece Penniston
You can find this song on my archived blog post about the Golden Era of Dance Music released between 1988 and 1994.  "Finally" was the title track of her 1991 album. The song would break into the Top 5 on the Billboard Hot 100 charts in early 1992.

"Top Of The World" | Van Halen
You can find this classic Van Halen song on their 1991 album For Unlawful Carnal Knowledge . When you reach the top of the Ravenel Bridge, you'll feel like you are on top of the world and then you'll smile as you turn your head to the left and stare down at the beautiful peninsula of Charleston.

"Run Away" | Real McCoy
We wrap up the Cooper River Bridge Run playlist with a Eurodance classic from Real McCoy. The song would peak at #3 on the Billboard Hot 100 charts in 1995 and became an instant club classic. Real McCoy also shows up a double volume of posts published about The Best Era In Dance Music Volume 2. Check it out by clicking on that link.

Have A Great Cooper River Bridge Run!
Thanks for making it to the end of another one of my blog posts. Hope you enjoyed this brief departure from my Charleston Wedding DJ blog.  We will quickly get back to the spring wedding season here soon and I'll be busy posting some of my real Charleston weddings that are coming up in the next few weeks.  Getting married in Charleston later this year and want to see if I am avialable for your big day? Click HERE to tell me a little more about your big day.