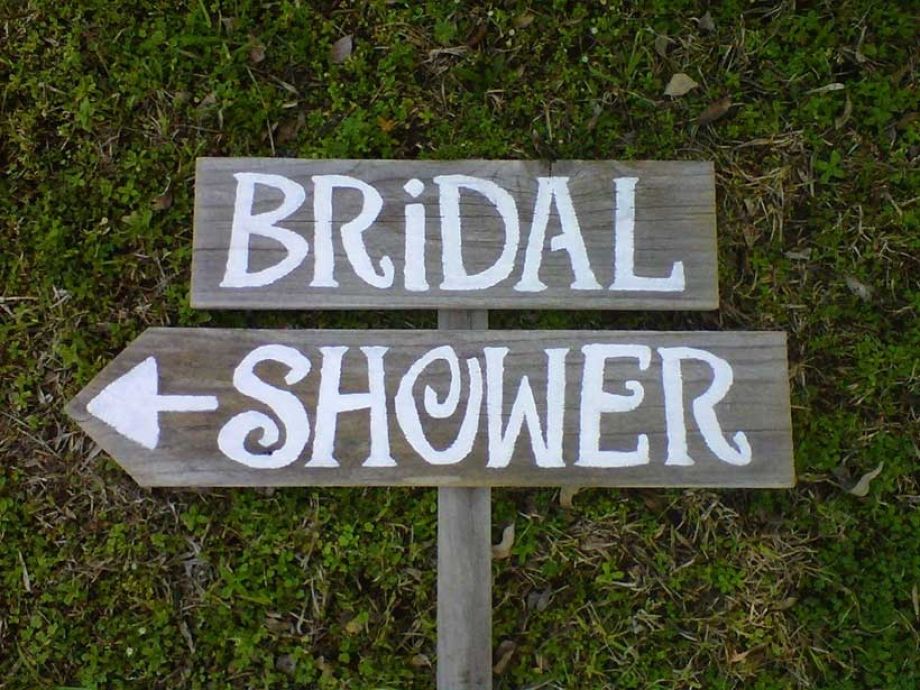 Maybe you are already engaged and are in the home stretch of your Charleston wedding preparation. Then it's certainly time for you and your girls to get together for the all-important bridal shower. Usually, it's the maid of honor and bridesmaids that are hard at work in planning your bridal shower so that the bride can kick back and enjoy it to it's fullest. While the bridal shower is definitely a more close and intimate time to get together with friends and family before your big and busy wedding day, there is one thing that tends to get forgotten amid all the decorations, food, gifts, and games that come with a wonderful bridal shower. The one thing that tends to be forgotten for your bridal shower is music. While you don't necessarily need to budget in a DJ for your bridal shower (not unless you want to), you and your friends and fmaily need and excellent playlist.  From a lazy, chill "girls night" with wine or a champagne brunch, take a listen to these songs an jot down the ones you love and smile and enjoy the moment. As an experienced professional wedding DJ, it's my belief that the best wedding playlists begin with your bridal shower.You are getting oh so close to getting married. Let's do this.

Charleston Wedding DJ Mike Bills Has This Playlist Available On Spotify NOW
Like your wedding playlist, your bridal shower playlist should be equally  as fun. Did you know that you can download this playlist from my Spotify profile right now? All you need to do is head over to Spotify and do a search for DJ Mike Bills. While you are there, take a look at all the other playlists available for inspiration and help for you and your fiancee to help design the best playlist for your big day. And before we get into these most requested for your bridal shower, let me also remind you that Charleston, SC is one of the top locations in the Southeast for a Bachelorette Weekend. Click on the preceding link for a wonderful soundtrack for you and your BFFs.

"I Do" | Colbie Caillat | 2011
A perfect happy and playful song to add your playlist for your bridal shower by the lovely Colbie Caillat. Soon, you'll be saying "I Do" to him for real. "I Do" was the very first song to be released from Colbie Caillat's 3rd album All Of You. "All Of You" would peak at #7 on the Adult Top 40 chart.

"Then He Kissed Me" | The Crystals | 1963
The Beach Boys actually released this song as "Then I Kissed Her back in 1965, but this is a great song to hear when you are thinking about the first time your fiancee kissed you and where it all began. "Then He Kissed Me" was reelased back in the summer of 1963 and would peak at #6 on the Billboard Hot 100 chart.

"Chapel Of Love" | The Dixie Cups | 1964
Another 1960s classic to add into your bridal shower playlist. You are getting closer and closer to the big day. Smile and have another enough glass of wine and put this song on. "Chapel Of Love" is one of the most popular 60s songs to appear on wedding playlists over the years.  The song was released in the spring of 1964 and would spend 3 weeks at #1 on the Hot 100 chart.

"The Way You Love Me" | Faith Hill | 2000
Released in February 2000 on the country charts, this song crossed over to the adult contemporary charts later that year.  Soon, you'll be be married to him or her and you'll see each other every day and see just how much you love each other. The song would peak at #1 on the Hot Country charts, and reach #3 on the adult contemporary charts.

"Bubble Toes" | Jack Johnson | 2001
Imagine this. You, your matron of honor or maid of honor, your bridesmaids, your mother, your friends all sipping on champagne while telling stories and playing fun games. Nothing like the chill vibes of Jack Johnson to make those times even better.

"Be My Forever" | Christina Perri Featuring Ed Sheeran | 2014
He asked you to marry him and you said "Yes", so you will be his "forever".  You should be "on top of the world" because you are getting married in a few weeks.  The perfect happy song for any bridal shower. "Be My Forever" would peak at #40 on the Billboard Hot 100.

"One And Only " | Adele" | 2011
Adele's voice sounds beautiful anytime, but especially at your bridal shower amongst all your girlfriends and family.  Adele said this song is about a guy she's always liked, and never got to date, but feels she'll eventually marry him.  It's a great track, take a listen by clicking the link in the title of the song. "One And Only" can be found on Adele's 2011 album, 21. The song was not released as a single, but the album would go on to become one of the best selling of all time at over 31 million copies sold.

"Love Will Keep Us Together" | Captain & Tenille | 1975
The song was originally recorded by Neil Sedaka back in 1973, but Captain & Tenille turned it into a huge hit in 1975. All I can say, "Duh". Love is tremendously powerful and it will keep you together. If you stand on your tippy-toes, you can see your big Charleston wedding day.  So, for now, just kick back and grab another glass of wine and add this song into your bridal shower playlist. Released back in the spring of 1975, "Love Will Keep Us Together" would peak at #1 on the Hot 100 chart.

"At Last" | Celine Dion | 2002
The original version by Etta James is usually a wedding reception mainstay, so I thought I would add in this cover that Celine Dion did back in the early 2000s. "At Last", you'll be getting married to him in a few weeks. Enjoy. Celine Dion would cover this song on her 2002 album, A New Day Has Come.  "At Last" was released at the end of 2002 and would peak at #16 on the adult contmeporary charts.

"Love Never Felt So Good" | Michael Jackson & Justin Timberlake | 2014
This is a little more of an upbeat song for you and your girls, because everyone likes a little JT and MJ at their bridal shower. Originally written by Michael Jackson, a version was released in the spring of 2014, which featured Justin Timberlake. The song would reach #1 on the Adult R&B chart in the summer of 2014.

"Today I Met The Boy I Am Going To Marry" | Darlene Love | 1963
An excellent addition to your wedding bridal playlist, only "today" you are going to relax and talk about how awesome he is with all your girls over some tasty wine. Released in 1963, the song would peak at #39 on the Billboard Hot 100 chart.

"On Top Of The World" | Imagine Dragons | 2013
You are getting married in a few weeks to the man of your dreams. You should be on top of the world. Another perfect happy-go-lucky song to add into your playlist for your bridal shower.  "On Top Of The World" would peak at #10 on the Billboard Hot Rocks chart in 2013.

"Summer Rain" | Belinda Carlisle | 1989
This minor hit by Belinda Carlisle is the perfect song to hear when you are thinking about him. Watch the video down below and you'll see what I mean. The song was released in January 1990, but would only reach the Top 30 on the adult contemporary and Bilboard Hot 100 chart.

Wanna Talk To Mike Bills About Being Your Wedding DJ?
These are just some of the song ideas that you can add to the playlist for your bridal shower as you get ready for your Charleston wedding. Even if you are a destination bride and maybe not having your bridal shower in Charleston, but are getting married here, take a listen to these songs and create a playlist. Music creates memories and every aspect of your wedding needs the perfect soundtrack.  Even though you may not want to spring for a DJ for your bridal shower (since it's normally a more intimate gathering), you should get your Ipad out and have some music playing.  Please feel free to grab this playlist from up above by heading over to my Spotify. If you made it to the end of this blog post, I thank you for sticking around.  Creating the perfect mix of music for Charleston brides and grooms is my specialty and with another engagement season getting ready to start, I'd love to sit down with you if you are thinking about a Charleston wedding. Be sure to click the link up above to fill out a contact form and provide a few more details about your big day.