Even though the band has deep roots and was formed in the center of the state in Columbia in the mid 1980s, Hootie & The Blowfish is just as big in the greater Charleston, SC area as they are in Columbia. That being said, there should be no surprise when brides and grooms of all ages put a little Hootie on their wedding playlists. Hootie & The Blowfish just sound right when it comes to Charleston weddings, and if you were in Charleston in the summer of 1994, you remember just how big and crazy it got for the band. Atlantic Records released "Cracked Rear View" on July 5, 1994 to enormous sales.  If you are a fan of the sounds of Charleston music and want to add a little of it to your wedding DJ playlist, please read on.

You simply could not turn on MTV or VH1 without seeing videos playing from the album and radio stations all over town were playing all their hits and making them even bigger hits. Cracked Rear View went on to sell an astonishing 16 million copies as of the end of March 1999, making it one of the biggest selling albums in music history. It's really not that hard to understand Hootie & The Blowfish's footprint on Charleston, as lead singer Darius Rucker is from the Holy City and once walked the halls of the now defunct Middleton High School. These are some of my choices for Hootie & The Blowfish tracks, as well as solo Darius Rucker when he went on to embark on a million selling country music career. Of course, we can always count on a Hootie & The Blowfish reunion each and every August before the kids go back to school for their annual Homegrown concert on Daniel Island supporting Charleston County Schools. Ok, let's get down to business, turn up your speakers and enjoy this listing of songs as you plan the music for your upcoming Charleston wedding.   Check out this playlist down below by following me on Spotify. Just search for DJ Mike Bills. You can also click the title of each song to pull up the You Tube video.

"Time" - The fourth single to break off their mega selling album Cracked Rear View. It hit the radio in October 1995, and I gotta be honest it seems like just yesterday.  In keeping with your Hootie theme, throw this on your playlist for good measure. Watch the video to see scenes of Charleston, like the old Cooper River Bridge that eventually was replaced by the Double Diamonds. 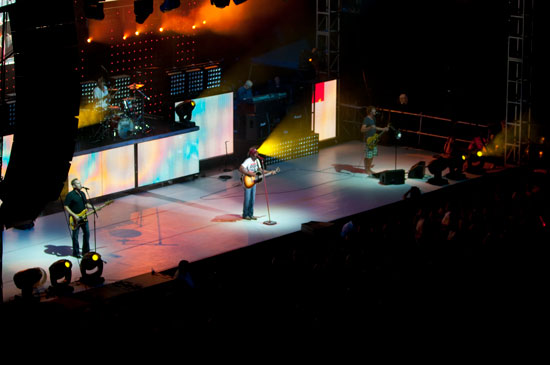 "I Will Wait" - Released in the fall of 1998, "Musical Chairs" was the band's third studio record and this was the first track to break on the radio. Another great track here that is fitting for any wedding playlist in Charleston. I mean come on, "Charleston" is in the lyrics. Check it out by clicking the link in the title of the song. :)

Hold My Hand"- This was the band's signature track and it was all over the airwaves in Charleston and in America starting the summer of 1994.  I might have spoke too fast. This song gets more spins at weddings around Charleston than any other Hootie track. Their first song on the radio would go all the way to Number 10 on the Hot 100 and #4 on the Mainstream Rock tracks chart. 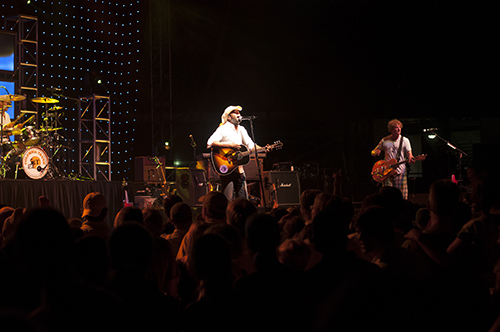 "Let Her Cry"-  Not that we really want to think about "crying" on your wedding day unless it's tears of joy and happiness.  It was the follow-up to "Hold My Hand" reaching number 2 on the Top 40 charts. It's another great Hootie song you should be placing on your playlist. Go ahead down write it now on your Charleston wedding DJ playlist, then watch the video by clicking the link in the song title.

"Tuckers Town" - This was the second single to hit the radio in the summer of 1996 off their sophomore album "Fairweather Johnson". A perfect track to play during cocktail hour over at the Ocean Course At Kiawah Island.
Down below: Mark Bryan on lead guitar at the Hootie Annual Homegrown Show in 2008. Photo Credit: Mike Bills Entertainment 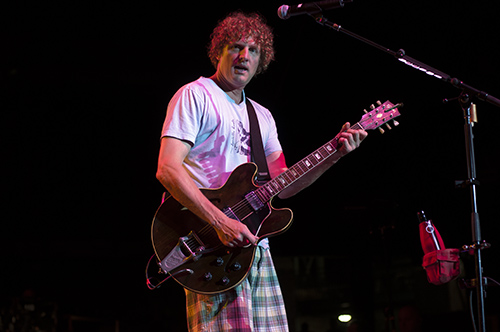 Old Man & Me" -  The first single to hit the radio off their second album Fairweather Johnson. I remember it like it was yesterday. Hootie was all over the radio in the summer of 1996. It was a great song though, and another one to add during your cocktail hour over at the Daniel Island Club.

"Wagon Wheel" | Darius Rucker - We skip ahead now to the very successful solo country career of Darius Rucker. This cover of the classic Old Crow song dropped onto country radio in early 2013. While it's a great cover and gets a lot of requests, the purists still believe the original was the best version by Old Crow Medicine Show. I'll let you be the judge though. Take a listen to it below and if you like it, throw it on your song list. 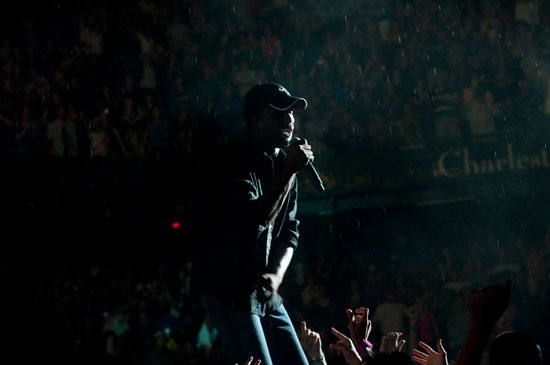 I Go Blind" - The original of this song was done by the Canadian band 54-40, and covered by the guys of Hootie & The Blowfish in 1996 for the soundtrack of Friends. It went all the way to the 3rd spot on the Top 40 charts and could also go on your cocktail hour playlist for your wedding reception down at the Historic Rice Mill or even Harborside East. This track also appeared on the covers record Scattered, Smothered, and Covered in 2000.

"Hey Hey What Can I Do" - Not a bad cover of the classic Led Zeppelin song. There was actually a video of the band performing this song at the 1998 Farm Aid concert. Look it up. This would be a great addition to your cocktail hour playlist over at the Seabrook Island Club. Check it out also on their covers album released in 2000.

Down below is Darius Rucker back in August 2009 at the former Family Circle Stadium, with Dierks Bentley as the opening act. (Photo by Mike Bills Entertainment) 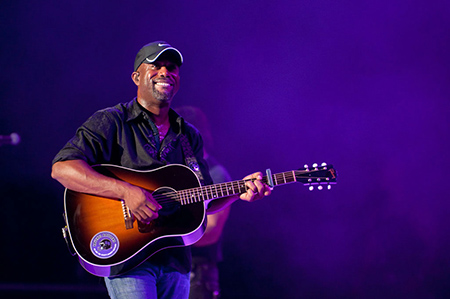 "This" | Darius Rucker- More of the great country career of Darius Rucker with this track. The video starts out with a college breakup, but watch it, it gets better.

"Goodbye" -  This might be a perfect end song to your night if you are a huge Hootie & The Blowfish. Perfect for a slow dance. 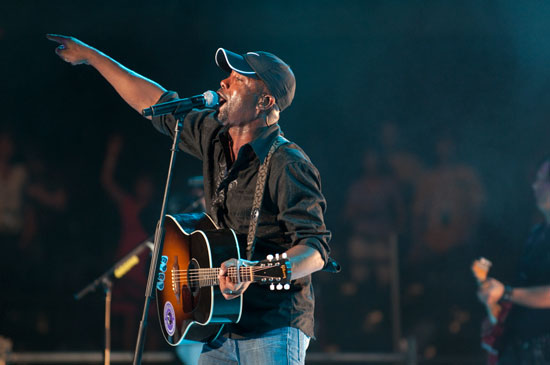 "One Love" - From their album "Looking For Lucky" released in 2005, not to be confused with the classic Bob Marley tune. This would be their final studio record as a band.

"Innocence" - A great track off their self titled fourth album released in the spring of 2003. This song sounds so Charleston. Take a listen by clicking the link in the title of the song. 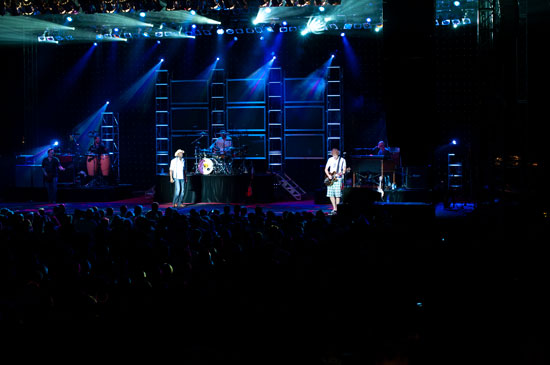 "Alright" | Darius Rucker - The 3rd track to be released off his very first country album "Learn to Live". It's one of the more popular Darius Rucker tracks making it on to Charleston wedding playlists.

SPECIAL Update: February 1, 2020
Since the publishing of this blog post back in July of 2017, the music of Hootie & The Blowfish and Darius Rucker has continued to grow in popularity at weddings all over Charleston. They have gotten so much more popular that I am adding 3 more songs into this post that you might consider adding into your wedding playlist.

"History In The Making" | Darius Rucker -  You can find this song on Darius' album "Learn To Live", which was released back in 2009.  For a very destination wedding in Charleston that included this song, as well as many others, be sure to check out Erin & Alex and Their Hootie wedding. 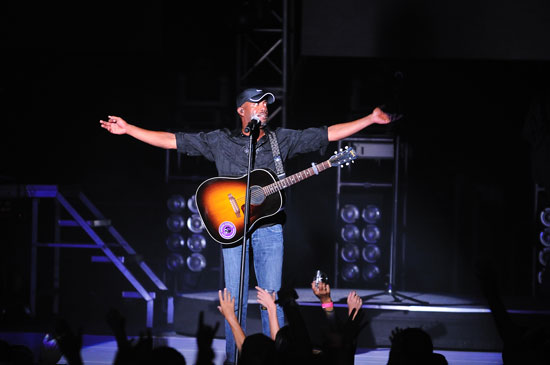 "It Won't Be Like This For Long" | Darius Rucker - Over the past few years, this song has shown up on quite a few wedding playlists. It's become a popular favorite for the father-daughter dance.  The song would hit Number 1 on the Hot Country charts, and become the #4 song on the year-end country charts in 2009.

"Use Me" - Darius and the boys did an excellent job at covering this Bill Withers classic. You can find it on their album "Scattered, Smothered & Covered. Just like the original, this version is perfect for the cocktail hour at your wedding.

And there you have it, some of my choices for adding more Charleston flavor into your wedding playlists in this top wedding location (Charleston). Hootie & The Blowfish will forever encompass that sound that is so very Charleston. I hope you are enjoying reading this blog as much as I enjoy writing it for you. As a professional wedding DJ in Charleston, it is my goal to combine my love of music and DJing into one blog for the prospective bride and grooms looking for a top notch DJ who knows their music. Hopefully this blog creates some inspiration for you as you begin to create the perfect playlist for your upcoming wedding in Charleston.

Wanna Check To See If Mike Is Available To Be Your Charleston Wedding DJ?
You ready to sit down and talk music? We can talk Hootie & The Blowfish or any other type of wedding music you'd like to be put on your wedding playlist.  If you are ready to sit down and talk music, just click HERE and we can set up a time to meet me and grab coffee or lunch.