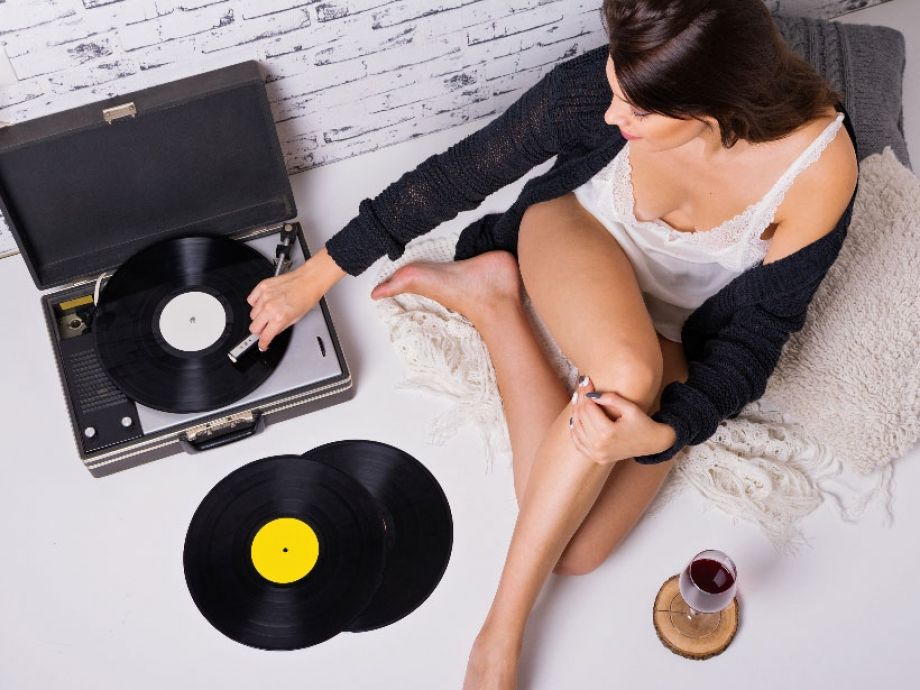 The inspiration for today's post came from one of my favorite people I follow over on Twitter. He's one of the most experienced consultants and music researchers I've ever known, Sean Ross.  Sean Ross is vice president of music and programming of Edison Research and has written for years for the likes of Billboard magazine, R&R, and others. Sean had made an announcement that there was a new soft adult contemporary radio station that had just launched out in Honolulu, Hawaii. I had to check it out because I had spent a lot of time on the radio working at adult contemporary radio stations. As an old radio jock myself, I most likely listen to the radio much differently than the average listener.  This new radio station was heavy on a lot of the 80s soft rock that I have spoke about on other popular posts on this blog.  Being a lover of the 80s, the station immediately zoomed on a period of time during the mid - late 80s. Back during that time, there was another British invasion of 80s pop that came with a distinct sound. Sophisti-pop originated from the UK and came with it a very jazzy and polished sound that became popular on adult contemporary radio stations, as well some of the Top 40 formats. As one of the top Charleston wedding DJs who sole focus is on the music, I'd like to introduce you to my Sophisti-Pop Cocktail Hour For Your Wedding Playlist.

Let's get back to my first listen of 105.9 The Wave. The second song I heard on the radio was "Shattered Dreams" by Johnny Hates Jazz. The sound of "Shattered Dreams" is a perfect example of the polished and preppy (sophisticated) sound coming out of England at that time.  Most of the artists you'll see on this list of songs for the Sophisti-Pop cocktail hour appeared in the Top 20 (at least once).

Download This Sophisti-Pop Cocktail Hour Playlist From Charleston Wedding DJ Mike Bills On Spotify
At the time of the publication of this playlist, there are now over  100 playlists to provide inspiration for the modern bride and groom looking to create the best soundtrack for their big day.  Not only will you find this incredible Sophisti-pop Cocktail Hour Playlist, but you'll also find several other types of playlists to give you some ideas for those special song moments of your wedding day. Just head over to Spotify right now and search for DJ Mike Bills.

"Avalon" | Roxy Music
The first song on this Sophisti-Pop Cocktail Hour is in my opinion a perfect song for a chill cocktail hour vibe, especially if you are holding your cocktail hour down on one of the Charleston area's most beautiful beaches.  "Avalon" was released back in the summer of 1982 but only charted in the UK, peaking at #13.

"Your Love Is King" | Sade
If you search over my blog you'll probably find out I am a huge fan of Sade. As a matter of fact, I'm such a big fan that I put together a Sexy Sade Cocktail Hour Playlist that has seen a ton of traction over the years.  You can find the song on the 1984 album Diamond Life. The song would peak at #8 in 1985 on the adult contemporary chart in America.

"Perfect Way" | Scritti Politti
Scritti Politti were a British band who released their album Cupid & Psyche in 1985. "Perfect Way" would be released in the summer of 1985 and become their most successful song in America peaking at #11 on the Hot 100.

"Holding Back The Years" | Simply Red
Simply Red has that quintessential "Sophisti-Pop" sound. "Holding Back The Years" would become their most successful song, reaching Number 1 on the Billboard Hot 100 chart.  The voice of lead singer Mick Hudnall is soulful and will have you wanting more Simply Red.  Simply Red would release "Sunrise" in 2003. It's a song that samples that classic Hall & Oates song, "I Can't Go For That (No Can Do). and also appears on my Best Charleston Wedding Cocktail Hour Playlist, which is also available on Spotify.

"New Day For You" | Basia
Not all Sophisti-Pop came from UK. Basia was a Polish singer who would release the album Time and Tide in 1987.  "New Day For You" would be released from this record and become a Top 5 single on the adult contemporary in early 1989.

"Waiting Game" | Swing Out Sister
One of the first things that come to mind when I hear Swing Out Sister is I am at a fashion show in the late 80s and there are beautiful women with a sophisticated style of dress on the cat walk.  "Waiting Game" is the first of two songs from this group from Manchester, England. "Waiting Game" would be a single released off the 1989 album Kaleidoscope World", but would hit the Top 40.

"On The Beach" | Chris Rea
And just now as I putting together the research for this post, I realized I might need to put this song on Charleston, SC Soundtrack To Summer. Originally released in 1986, Chris Rea would re-release the song in 1988, and it would enter the Top 10 on the adult contemporary chart.

"Say A Prayer" | Breathe
Breathe released their first album All That Jazz in the summer of 1987 and would score a #2 song on the Hot 100. You'll see that song later in this post. Their second album titled Peace Of Mind was released in the summer of 1990. "Say A Prayer" was a jazzy, uptempo and "sophisticated" single that would reach #3 on the Billboard Adult Contemporary chart.

"Money's Too Tight (To Mention) | Simply Red
The song was originally recorded by The Valentine Brothers in the early 80s. Simply Red would cover the song on their 1985 album Picture Book.  The song has numerous remixes including the popular Cutback Mix. "Money's Too Tight To Mention" would peak at #2 on the Hot Dance Club chart.

"Turn Back The Clock" | Johnny Hates Jazz
I actually rediscovered this song by accident a few years ago and when I heard it, I was immediately taken back to the latter part of 1987.  Sometimes there are lyrics or a chord that is stuck in your mind from years ago. "Turn Back The Clock" was in my mind that way. The song would peak at #5 on the Billboard Adult Contemporary chart in America.

"The Look Of Love - Part 1" | ABC
ABC released their debut album in 1982 titled The Lexicon Of Love.  "The Look Of Love" was released in America in August of 1982 and would become a Number 1 song on the Billboard Hot Dance Club chart.

"Slave To Love" | Bryan Ferry
In 1985 after he broke up Roxy Music, Bryan Ferry would release the album Boys And Girls. The song would be released in the spring of 1985 and hit the Top 10 on the UK singles charts.

"Breakout" | Swing Out Sister
If you watch the music video to this signature song by Swing Out sister, you'll see why I have always thought about fashion shows when it comes to this band. "Breakout" would become a #1 song on the Adult Contemporary chart in 1987.

"Lessons In Love" Level 42
Level 42 would release their album Running In The Family in the spring of 1987. "Lessons In Love" would become their biggest hit in England, peaking at #3 on the UK singles chart.

"Human" | Human League
The Human League were one of the first set of videos you saw in rotation during the early months of MTV. Their song "Don't You Want Me" would top the Hot 100. 5 years later in 1986, they would release their album Crash and score another #1 on the Hot 100 and Dance chart with "Human".

"We Close Our Eyes" | Go West
Recently at a wedding, I played "King Of Wishful Thinking" by Go West. There is a big segment of the population who thinks that song from 1990 was their only hit. "We Close Our Eyes" was released in 1985 and was featured on their debut self-titled album. The song would become a Top 5 hit on the Billboard Hot Dance Club chart.

"Cry" | Waterfront
Waterfront were a pop duo from Wales.  They could easily be placed on my post of 80s One Hit Wonders, but "Cry" is actually the perfect Sophisti-pop song and has that polished sound of late 80s British pop that I have been spotlighting throughout this blog post.  "Cry" would peak at #2 in the summer of 1989 on the Adult Contemporary chart in America.

"Hands To Heaven" | Breathe
The second song from Breathe on this Sophisti-Pop Cocktail Hour Playlist would become their signature song. "Hands To Heaven" would be released in 1988 and would top out at #2 on the Hot 100, as well as the adult contemporary chart.

"You Don't Know" | Scarlett & Black
Scarlett & Black were another pop duo from the UK who had another one of those songs that was trapped in my head for years until I rediscovered it on You Tube. "You Don't Know" was released in 1987 and would become a Top 20 hit for Scarlett & Black. They would never capitalize on the success of this song, so they can also be placed into the 80s One Hit Wonder category.

"Mystified" | Fleetwood Mac
"Mystified" appears on the 1987 album Tango In The Night. While it was never released as a single, the song fits very nicely into this playlist of "sophisticated" mid - late 80s music from England.

Ready To Save Your Wedding Date With Mike Bills As Your Wedding DJ?
And there you have it, 30 of some of the best 80s Sophisti-Pop Songs For The Cocktail Hour At Your Wedding.  If this is your first time on my blog, you are invited to check out more of my playlists. When you do this, you'll soon find out the possibilities are endless when it comes to your wedding playlist.  There are so many ways you can put together a playlist for your cocktail. It just so happens that my forte is 80s music and I had been itching to put this playlist together.  When you book me as your wedding DJ, you'll get a guy who is super passionate about making sure the music for your wedding is perfect.  You'll also get a wedding DJ who leaves all the add-ons to the others. If you are looking at a wedding DJs right now for your most special day, be sure to click the link up above and tell me a little bit about your big day. Let's talk soon! Thank you for hitting my website and blog.