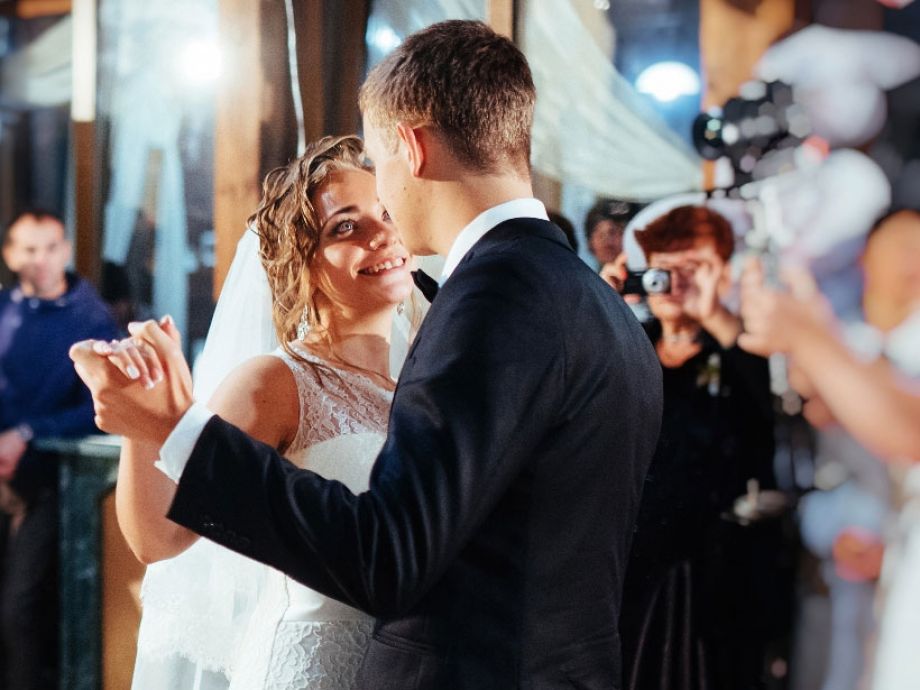 The Most Requested Songs For Wedding Playlists | Part 7

Thank you so very much for finding my website and blog. You've just so happened to land on Part 7 of The Most Requested Songs For Wedding Playlists. There are so many songs to talk about that I split this post up into 8 parts. That's right! 8 parts.  Should you decide to hire me to be your wedding DJ,  you'll be given a private portal on my website so that you can log in and begin selecting all your songs for your playlist. It's been my belief since Day 1 as a wedding DJ that this is the only way to go  in making sure that all of my clients have the time of their lives on their wedding day with the music they know and love!  Care to Get To Know Me A Little Better? <--- click on this link. But, please come back, as there is some excellent music on this 8th and final post of this series.

Download Part 7 Of The Most Requested Songs For Wedding Playlists RIGHT NOW From Spotify
Getting started on creating the best playlist for your wedding reception is as easy as heading over to my Spotify profile. Modern brides and grooms are coming to me right and left with a lot of their already planned on a Spotify playlist. So,  I decided to meet my clients halfway with my very own Spotify profile that is loaded up with all sorts of amazing wedding playlists to help you get started creating the perfect wedding playlist.

"At Last" | Etta James
Celine Dion would cover this song in 2002 and I've actually played that version at a wedding or two, but it's the original Etta James version that is, you guessed it, Wedding Playlist Gold. Rolling Stone would rank  "At Last" at #119 on it's list of The 500 Greatest Songs Of All Time.

"Old Time Rock & Roll" | Bob Seger & The Silver Bullet Band
Depending on who is on your guest list, this song seems to connect well with all types of ages. The song was released in March 1979 and can be found on Bob Seger's album Stranger In Town. Despite it only peaking at #28 on the Hot 100, it's still been a big request in the years since it's release.

"Get Lucky" | Daft Punk / Pharrell Williams
2013 turned into a huge year for Daft Punk. In the spring of 2013, they'd release their long awaited album Random Access Memories. You know the album is going to be awesome when it features the great Nile Rodgers on it. "Get Lucky" would become one of the songs of the summer 2013 and peak at #2 on the Billboard Hot 100.

"P.Y.T" | Michael Jackson
Surprise. Surprise. Another Michael Jackson. Let me give you a hint. Anything from the 80s from Michael Jackson is going to make for quite the party at your wedding reception.  "P.Y.T" was another track from the incredible Thriller album, which was released in the fall of 1983, but only managed to peak at #10 on the Hot 100 chart.

"Moves Like Jagger" | Maroon 5 / Christina Aguilera
When Christina Aguilera joined up with Maroon 5 in the summer of 2011, there'd be a new phenomena on dance floors at weddings across America. That phenomena being where brides and grooms and their wedidng guests would be "Moving like Jagger". The song would peak at #1 on the Hot 100, and at the top of the charts in multiple countries.

"Sexy And I Know It" | LMFAO
Back in the early 2010s, LMFAO was unstoppable. In 2010 and 2011, you literally had back to back singles from LMFAO that would become some of the most popular wedding songs of the 2010s. "Sexy And I Know It" would peak at #4 on the Hot Dance Club Songs chart.

"Sexyback" | Justin Timberlake
I consider Justin Timberlake to be one of the best musicians of the modern era. Some people will call him an icon by the time his career is over. His album FutureSex/LoveSounds would catapult him into superstar status. "Sexyback" would peak at #1 on the Billboard Hot 100, as well as the Dance Club Songs chart.

"We Are Family" | Sister Sledge
Sister Sledge would release their album We Are Family in the spring of 1979. The title track would become one of the more popular wedding songs and would conjure up scenes of "families" dancing together. The song would peak at #2 on the Billboard Hot 100, and #1 on the Dance Club Songs chart.

"Party Rock Anthem" | LMFAO / Lauren Bennett
"Party Rock Anthem" was released back in the winter of 2011 and would become one of the most popular songs of the 2010s.  The song would hit #1 on the Billboard Hot 100 and is featured on my 50 Best Songs Of The 2010s playlist. <---Click over now to check it out.

"Country Girl (Shake It For Me)" | Luke Bryan
For those modern brides and grooms who'd like to sprinkle a little country on their wedding playlist, this song became one of the most popular songs of 2011 and would become a big recurrent wedding song in the years following it's release.

"Sweet Home Alabama" | Lynryd Skynrd
No matter the crowd this Southern rock classic has a way of getting the party started. Whether it's thrown on during a cocktail hour, or early in the night to get the crowd pumped up a tad, "Sweet Home Alabama" is a song that people still respond still to. You can find out more about putting together a Southern Rock Cocktail Hour For Your Wedding Playlist. <---Just click here.

"We Found Love" | Rihanna Feat. Calvin Harris
What happens when Calvin Harris teams up with the lovely Rihanna? You get one of the most enduring dance songs of 2011, and probably of the entire 2010s. "We Found Love" would be released in the fall of 2011 and wuld peak at #1 on the Hot 100 chart, as well as the UK single chart.

"Footloose" | Kenny Loggins
I don't care what any other wedding DJs say. This is not a song to leave at home. It's  a song that has the potential to connect to people and get them to respond at almost every single wedding. "Footloose" would be released in 1984 for the movie of the same title and would become one of the biggest songs of Kenny Loggins' career.

"Single Ladies" | Beyonce
If you should choose this song for your bouquet toss song, your wedding playlist might be stuck in 2008.  Since it's release at the end of 2008, "Single Ladies" has declined in it's use for the bouquet toss because it got overplayed.  The song would peak at Number 1 on the Billboard Hot 100 in 2009. For more ideas about The Most Requested Bouquet Toss Songs. <----Check out this link.

"Baby Got Back" | Sir Mix A Lot
When you request this song, I'll make sure the introduction to the song does not play. Check out the You Tube to see exactly what I am referring to.  "Baby Got Back" would be released in May of 1992, just in time for the summer and become #1 on the Billboard Hot 100.

"Timber" | Pitbull Feat. Ke$ha
When Pitbull teams up with Ke$ha, everyone on the dance floor at your wedding goes "Timber".  "Timber" would be released just in time for the fall wedding season in 2013 and would easily make it all the way to Number 1 on the Billboard Hot 100 chart.

Care To Speak To Mike Bills About Being Your Wedding DJ?
Hope you enjoyed this 7th installment in the Most Requested Songs For Wedding Playlists. If you've taken any notes through out, I'd love to see them and know what you think. Scroll aheadto check out the final installment of The Most Requested Songs At Weddings [Part 8]. Are you getting any great ideas for how you'd like YOUR wedding reception? Let's grab coffee. I'd love to talk about DJing your wedding ceremony and reception. Be sure to click the link up above where it says (Care To Speak To....) to be taken over to my contact form so that you can fill out some information about how we can get together and start talking about your wedding. I look forward to speaking with you about your big day.