The Most Requested Songs For Wedding Playlists | Part 3

Welcome to Part 3 of The Most Requested Songs For Wedding Playlists.  As a professional wedding DJ, I've always made it my mantra to allow the bride and groom full latitude on how they would like the music to sound at their wedding.  Modern brides and grooms are picky more than ever these days because they don't want their wedding to sound like all the other weddings they've been to in recent years. While you may see some of "those" songs on this series of posts, they are here to give you inspiration only, and nothing else.  One of the biggest draws of couples hiring me is the online portal that is created as soon their date is saved. This allows them to sample and put their wedding playlist from wherever they are in the country, and whenever they so desire (at their leisure). Now, let's take a look at another 25 of the popular songs for wedding playlists.

Should you want to see what things will be like if you decide to hire me to be your wedding DJ, feel free to check out this archived post about how brides and grooms are able to log in and create their incredible playlist. <-----Click this link.

Get The Most Requested Songs For Wedding Playlists | Part 3 From Spotify
Imagine having in the palm of your hand ALL the most requested and most popular songs for wedding playlists! You are just a few clicks away from having them all. You can download the songs you see on this playlists, as well so many others for the important parts of your wedding day. Just head over to Spotify and search for DJ Mike Bills.

"Get Down Tonight" | KC & The Sunshine Band
Back in 2010, I got to see KC & The Sunshine Band along with The Village People on a very hot July evening at Boone Hall Plantation.  For more information about having your wedding at Boone Hall Plantation, <----click this link.    Released in the winter of 1975, it's one of the most requested KC songs and would peak at #1 on the Hot 100, and the Hot Soul Singles chart. Down below is a photo I took of KC during his show while I was dabbling in some concert photography. 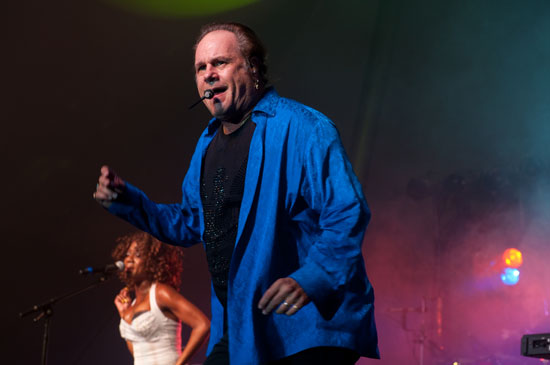 "Let's Stay Together" | Al Green
Rolling Stone Magazine would rate this song the 60th greatest song of all time, and for good reason. This signature song for the Reverend Al Green would be released in the fall of 1971 and would peak at #1 on the Hot 100. Occasionally, I throw into the mix a version of the song that was recorded by Seal in 2011.

"All My Life" | K-Ci & Jojo
Sometimes it's those slow 90s R&B songs that get everyone out on the dance floor. "All My Life" was released back in the winter of 1998 and would become the biggest song of their career and make it to #1 on the Hot 100 for 3 weeks.

"ABC" | Jackson 5
If you've read over my blogs for any extended period of time, you'll see that the music of Michael Jackson (both old and more modern) continues to play a huge role on wedding playlists.  Released in the winter of 1970, "ABC" would top the Billboard Hot 100 chart and become one of the top songs of that year.

"Good Feeling" | Flo Rida
"Good Feeling" was released for wedding dance floors in the fall of 2011 and became an instant classic. You can hear the great Etta James on this song, as well as some sampling "Levels" by Avicii.  "Good Feeling" would peak at #3 on the Billboard Hot 100, and #1 on the Rhythmic chart.

"Bless The Broken Road" | Rascal Flatts
"Bless The Broken The Road" has been recorded by many artists, but it was version by Rascal Flatts that was released in the fall of 2004 that would become the one most popular on wedding playlists. The song appears on the album Feels Like Today and would peak at #1 on the Country chart, as well as a Top 20 showing on the Adult Contemporary chart.

"One More Time" | Daft Punk
A popular choice for the modern bride and groom as theyt wrap up their wedding reception, "One More Time" was released in the fall of 2000 and would peak at #1 on the US Dance Club songs chart.

"Faithfully" | Journey
And I bet you thought that "Don't Stop Believin" was going to be the only Journey on this list! Nope! There is actuially still a pretty strong demand for Soft Rock From The 80s (especially for the dinner music portion of the evening). Be sure to check out the link for more wonderful dinner music from the 80s. "Faithfully" would peak at #12 on the Hot 100 in 1983.

"Can't Hold Us" | Mackelmore & Ryan Lewis
Released back in the summer of 2011, this song is still packing dance floors at weddings all over. "Can't Hold Us" can be found on the album The Heist and would peak at #1 on the Hot 100.

"Sweet Child O' Mine" | Guns & Roses
If you were to ask me to list the Top 5 Rock songs of the 80s, this song would definitely be in there. "Sweet Child O' Mine" would be the third song to be released from their mega album Appetite For Destruction, and peak at #1 on the Hot 100 chart after it's release in the summer of 1988. For more of the best 80s rock for your wedding playlist, <----Check out this link.

"I Don't Dance" | Lee Brice
Unfortunately you might have a few people on your wedding guest list who aren't big into dancing. I will try to change their minds on that.  Lee Brice would release his album I Don't Dance in 2014, and the title track would soar all the way to the top of the Country chart.

"You Are The Best Thing" | Ray Lamontagne
For those modern brides and grooms who are into their folk music and Americana, this song is a strong request, and has been used by a lot of my clients for the first dance song. "You Are The Best Thing" was the first song to be released from the album Gossip In The Grain and would peak at #5 on the Adult Alternative chart. Interested in a great Americana music playlist for your cocktail hour? <---Check out this link.

"Stand By Me" | Ben E. King
"Stand By Me" is simply wedding playlist gold.  Originally recorded in 1961 by the great Ben E. King, it would later be covered by Florence & The Machine.  The song would peak at #4 on the Hot 100 in 1961, and is a very popular request for the father-daughter dance. <---Check out this link for more father/ daughter dance ideas.

"Feels So Close" | Calvin Harris
An excellent song to throw into the mix at the peak of your wedding reception! "Feels So Close" was released in the summer of 2011 and would peak at #1 on the US Dance / Mix chart.

"Getting Jiggy With It" | Will Smith
Who could forget Will Smith and his first album Big Willy style?  The song would sample the Sister Sledge classic, "He's The Greatest Dancer" and would peak at #1 on the Billboard Hot 100. For more of the most popular 90s songs for your wedding playlist, <---- Check out this link.

Wanna Talk To Mike Bills About Being Your Wedding DJ?
Hope you are enjoying this series of posts that outline the Most Requested Songs On Wedding playlists. Did you have a question for me or want to set up a time to speak with me about being your wedding DJ? We're just getting warmed up brides and grooms. For a quick link to the next installment of The Most Requested Songs For Wedding Playlists (Part 4) <---Click this link Hope to hear from you soon, and thank you for visiting my website and blog.