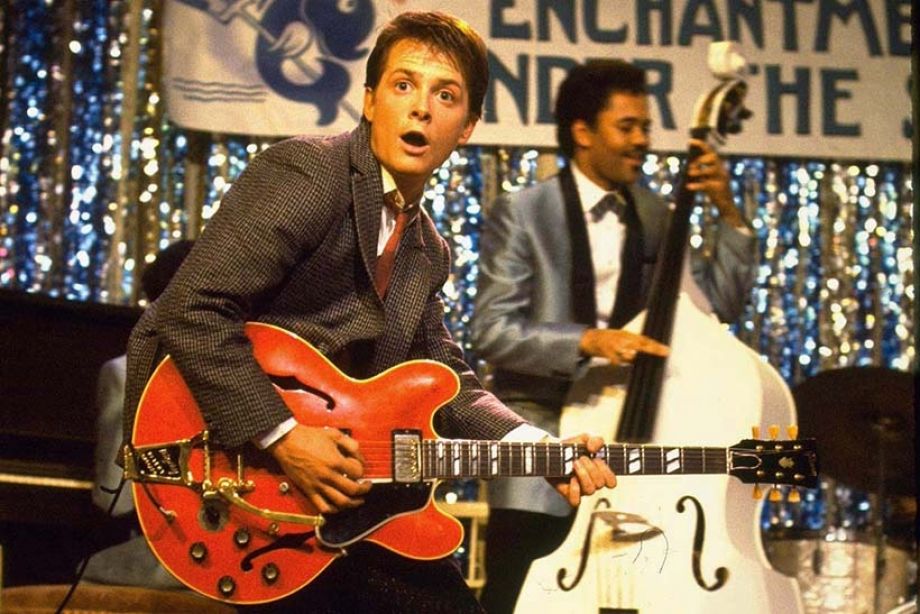 The music of the 1980s is absolutely positively one of my specialities. Having hosted a few very successful on-air radio programs about the decade of decadence right here in Charleston, I studied this decade very much. It was truly an incredible decade of creativity and includes so many sub-genres of music. As one of the best Charleston wedding DJs, I can tell you that 80s music still plays an integral role in playlists at weddings all around Charleston, and I don't see that changing any time soon. The thing about 80s music is that you have so much to choose from. From radio-friendly soft rock tunes to the pop of Michael Jackson and Madonna to the hairbands like Bon Jovi, Motley Crue, and Poison. From influential hip-hop artists like RUN-DMC, the Beastie Boys, and DJ Jazzy Jeff to one hit wonders like Men Without Hats, Kajagoogoo, and Toni Basil, the 80s have it all and it's one decade that is sure to increase the fun factor during your cocktail hour at your Charleston wedding.

The vibe for this first version of my Ultimate 80s Cocktail Hour offers a mid-range tempo of excitement to increase the energy for your guests while they socialize after your wedding ceremony, but before you calms things down a tad before dinner. It was designed to not be too sleepy, but not too wild and crazy before dinner, so we'll save some of those more wilder and crazier songs for after dinner when it's important for the fun factor to be turned up. If you are in need of more great ideas on how to plan the cocktail hour music for your Charleston wedding just click over now.

Download The Ultimate 80s Cocktail Hour List From Spotify NOW
Modern brides and grooms are using streaming services like Spotify to start putting their wedding playlists together.   I've decided to migrate all the playlists you've seen all over my blog over on Spotify. This will hopefully inspire brides and grooms needing some help in getting started. You'll not only finding this great 80s cocktail hor playlist, but many others ranging from Indie first dances, mother / song dances, father / daughter dances, and so much more. Head over to Spotify, and search for DJ Mike Bills.

"I Can Dream About You" | Dan Hartman
You have to go back to back to the great of 1984 for this track. The song was on the soundtrack to the movie "Streets Of Fire".  Hitting the Top 10 in the summer of 1984 on the Billboard Hot 100, it's got a great tempo to this cocktail hour playlist.

"The Power Of Love" | Huey Lewis & The News
What a perfect song to add into your cocktial hour playlist due to it's tempo and lovely words and lyrics. After all, you and your significant other are celebrating your "love". When you watch the video, take a "time warp" back to 1985 for the classic movie "Back To The Future"

"Take On Me" | A-Ha
Norweigian synth pop for your cocktail hour playlist? Sure, why not, especially when it was one of the biggest songs from 1985. It hit number one in October of that year. Watch the video below and see why it won 6 awards at the MTV Music Awards in 1986.

"Another One Bites The Dust" | Queen
The best selling single ever by Queen, it reached number 1 for 3 weeks back in October 1980. Great tempo for your cocktail hour over at the Daniel Island Club as your guests loosen up before an incredible dinner.

"Modern Love" | David Bowie
A wonderful track off his wonderful album from 1983 "Let's Dance". Even though it did not crack the Top 10 on the Billboard charts, it's got a great vibe for cocktail hour. Plus, you can throw the title track on "Let's Dance", when the dancing portion of your wedding reception begins.

"Rock With You" | Michael Jackson
The song was actually released in November of 1979, but reached number 1 on the Billboard charts in early 1980.  It's vibe is perfect for a chill cocktail hour for your Charleston wedding reception over at Kiawah Island.

"I Can't Wait" | Nu Shooz
Reaching Number 1 on the Hot Dance Club charts in ealry 1986, this husband and wife(John Smith & Valerie Day)  from Portland Oregon produced this track and a follow-up "Point Of No Return" in the summer of 1986.

"Close To Me" | The Cure
This is a fun and upbeat song by The Cure released in September of 1985.  At that time, it didn't really do anything in America. It wasn't until the song was re-released and remixed on the bands album "All Mixed Up". Even then, it just barely cracked the Hot 100 in America.

"She Drives Me Crazy" | Fine Young Cannibals
Reaching number 1 in America back in April of 1989 after it's release on New Year's Day 1989, their album "The Raw & The Cooked" featured another number 1 single in the summer of 1989. "Good Thing"

"This Must Be The Place" | The Talking Heads
A beautiful song for any cocktail hour at any Charleston wedding. This is a song with a perfect vibe for cocktails and it's been heavily used for the first dance song too. Take a listen below.

"Here I Go Again" | Whitesnake
Nothing wrong at all with a little bit of "hair" during your cocktail hour. But if you watch the music video for this song, you'll see the hair was really big back in 1987, but the energy from this song is infectious and a perfect addition to this 80s cocktail hour playlist for Charleston weddings over at the Governor Thomas Bennett House.

"La Isla Bonita" | Madonna
Such a chill song from Madonna as she was dabbling in Spanish culture back in 1987 broke off the 1986 album "True Blue". The perfect vibe for a cocktail hour."La Isla Bonita" would make it all the way to Number 1 on the adult contemporary charts in 1987.

"Down Under" | Men At Work
When you watch the video to this song, you might decide to change the location of your honeymoon to Australia and see what a beautiful country it is.  This number 1 song from 1983 is a perfect addition to this Ultimate 80s cocktail hour playlist.

"Dancing In The Dark" | Bruce Springsteen
It didn't quite hit Number 1 in 1984 (sat at Number 2 for 4 weeks), but it's pretty much the catalyst that made "Born In The USA" the biggest selling album of The Boss' career.  Remixes are also available for this track and it's actually one of the lone Bruce songs that was remixed to get more traction in the clubs.

Wanna Have Your Charleston Wedding DJ Create An 80s Cocktail Hour For You?

I hope you enjoyed this blog post as much as I enjoyed writing it. I love the 80s. It's actually one of my favorite decades of music of all time. You know the possibilities are simply endless when it comes to creating the perfect playlist for your wedding in Charleston. Would you like to work with a professional wedding DJ who is totally about the music? Music is my speciality and making these blogs for prospective brides and grooms is done so with true passion. I would love to share that laser focus on the music with you and help you design the absolute best soundtrack for your upcoming Charleston wedding. Let's set up a time to meet and discuss the music for your upcoming wedding. click HERE to tell me a few details about your big day.