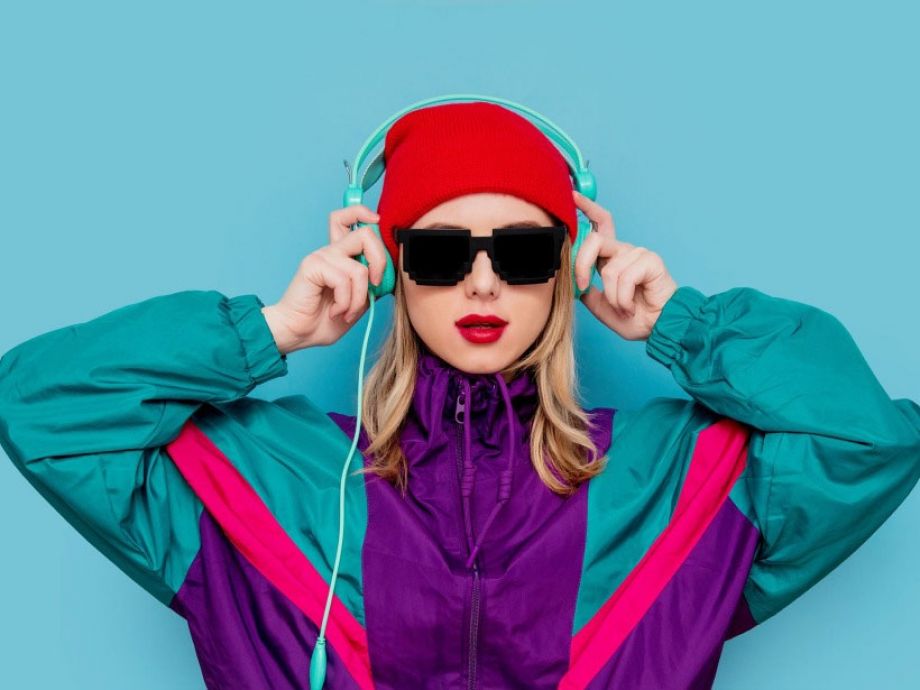 Top 90s Songs For Your Wedding Playlist: The One-Hit Wonders

You know one of the biggest sources of inspiration for this blog is some of the content I follow on my Twitter feed. And as I wake up and get ready for another weekend, I realize today is actually One Hit Wonder Day. If you are just finding me with my blog or have been following me for a while, you know that the 80s are one of my most favorite decades of music to showcase. It just so happens that on my blog to-do list was a post that listed some of my selections for the Best 90s Music For Your Wedding Playlist: The One-Hit Wonder Edition.  Looking back over the years, I've always thought that the 80s might be the decade that has all others beat in terms of the amount of one-hit wonders. I think you'll soon find out that the 90s could easily come in second place as it pertains to some of the most popular one-hit wonders of all time.  What is a one-hit wonder? Some music nerds think that you need just one #1 hit to be a one-hit wonder. Others claim all you need is "one" song that charted into the Top 40.  Either way, fire up the Netflix and binge watch "Friends", along with a side of  "Beverly Hills 90210" as we begin a brief time warp back to the 90s.

For those of you who are conoisseurs of 90s music and cannot get enough, you are invited to take a look back at some of the most popular posts about 90s music I've put together over the years. Have you ever wanted to know what one of the best years in 90s music? Have you checked out the music of 1991?  As a high school kid getting ready to graduate, 1991 was a year that I will always remember as a hodge podge of rock, pop, country, dance, and so much more. Be sure to click the following link for a Look Back At The Best Songs From 1991 For Your Wedding. You might also enjoy my post about The Best Songs From 1997 For Your Wedding Playlist. Ok, enough talk. Let's get to work! Enjoy these 90s One-Hit Wonders.

Download These 90s One Hit Wonders From Spotify Right Now
The modern bride and groom want ease and efficiency when putting together the music for their wedding playlist.  Over the years, I've had so many clients approach me with songs they want to hear at their wedding on Spotify. As a result of this trend, I decided to design a Spotify profile to give my clients inspiration as they put together the music for their wedding. Just head over to Spotify and search for DJ Mike Bills.

"We Like To Party" | The Vengaboys
If you are a fan of 90s music, you know the entire decade featured a lot of Eurodance tracks. For more information on the Best Era Of Dance Music <---be sure to click over to this link. Because your wedding day is going to be one of the biggest parties of your life, this might be a one-hit wonder to add into your playlist from the 90s category. "We Like To Party" broke into the Top 30 on the Hot 100, and the Top 5 on the Dance Club songs chart after it's release in the fall of 1998.

"Whoomp There It Is" | Tag Team
Party peopleeeeeeeeeeeeeeeeeeeee. I can hear this early 90s banger at your wedding. I've actually used it a time or two by request for a bride and groom who wanted to use the song to kick off the dancing portion of their evening. Released in the spring of 1993, "Whoomp There It Is" would peak at #2 on Billboard Hot 100.  Tag Team would not have another song chart after this popular dance club song of 1993.

"Breakfast At Tiffany's" | Deep Blue Something
If you are a fan of 90s Soft Rock For Dinner At Your Wedding, you can click on the preceding link. I actually added this song into that playlist of songs as well.   The music video became one of the more iconic videos of the 90s as it was filmed in Manhattan near Tiffany & Co. "Breakfast At Tiffany's" would make it to #1 on the UK Singles chart, and #3 on the Adult Top 40 chart in 1995.

"Mambo #5" | Lou Bega
If you recall back in 1999, there was a bit of a miniature Latin pop invasion going on. Carlos Santana, Ricky Martin, and Lou Bega were all over the Hot 100 chart. Originally released in 1950 as a mambo & jazz song by Damaso Perez Prado, Lou Bega would record his version song, and release it in the spring of 1999.  "Mambo #5" would peak at #3 on the Billboard Hot 100.

"Black Velvet" | Alannah Myles
This slow, sexy and seductive song about the late Elvis Presley was all over the radio as we started the 90s. The song would eventually peak at #1 on the Billboard Hot 100 chart. I find this song to be so sexy that I also put it on my Smooth And Sexy Jazz Cocktail Hour Playlist. <---Click over now to see that playlist.

"What Is Love" | Haddaway
In the early 90s, there was a large amount of dance and Eurodance music hitting the airwaves in America. Haddaway was born in Trinidad and signed by the Coconut label in Germany in 1992.  "What Is Love" was released in August of 1993 in America and would peak at #6 on the Hot Dance Music chart.

"Baby Got Back" | Sir Mix Alot
I've got a long overdue hip-hop post forthcoming and you'll see certainly see this classic from the great musical year of 1992 on it. Released in the spring of 1992, "Baby Got Back" would become a song of the summer and a very popular request by modern brides and grooms.  "Baby Got Back" would go all the way to #1 on the Hot 100 chart.

"There She Goes" | The La's
Originally recorded and released in 1988, the song would be re-released in 1990 and peak at #7 on the Adult Top 40 chart. Sixpence None The Richer would follow up their smash hit "Kiss Me" with a cover of this song in 1999.

"I'm Too Sexy" | Right Said Fred
In the early 90s, everyone who was going to a dance club was on the "cat walk".  Surprisingly, "I'm Too Sexy" would only peak at #2 in the UK, but would make it all the way to Number 1 on the Billboard Hot 100 chart.

"Tubthumping" | Chumbawamba
I might be in the minority as a wedding DJ but I personally don't find this song as annoying as a lot of people to do. I remember when I first heard it on the radio, it sounded so dramatically different than anything I had heard before.  Released in the late summer of 1997, "Tubthumping" would peak at #1 on the Alternative and Adult Top 40 charts, and we'd never hear from Chumbawamba.

"Return Of The Mack" | Mark Morrison
English R&B singer Mark Morrison would release this 90s one-hit wonder and floor filler in the summer of 1997. The song would peak at #2 on the Billboard Hot 100 charts. Modern brides and grooms who are into their 90s R&B and hip-hop definitely add this song into their wedding playlist.

"Barbie Girl" | Aqua
Aqua was a Danish pop group who would release this catchy dance song in the spring of 1997.  Sometimes late at night, I have people approach me wanting to play this song as a joke. Some people love it some people hate it, so it's completely up to you whether or not you add this song into your playlist. "Barbie Girl" would peak at #7 on the Hot 100 in the summer of 1997.

"Closing Time" | Semisonic
For those modern brides and grooms who are into their alternative music, "Closing Time" is one of the most popular choices for their last song of the night.  The song was released in March of 1998 and would peak at #1 on the Alternative Airplay chart.

"Groove Is In The Heart" | Deee Lite
Dance music charting on the Billboard Hot 100 in the early 90s was a common theme.  "Groove Is In The Heart" appears on my Best Era Of Dance Music Post Volume 1 for good reason. Released in August of 1990,  the song would break into the Top 5 on the Hot 100, and peak at #1 on the US Dance Club songs chart.

"Your Woman" | White Town
Putting this 90s one-hit wonder on your wedding playlist will make it sound like 1997 all over again.  <--Click HERE for some of the biggest songs for 1997 for your wedding. Released in January 1997, "Your Woman" would peak at #5 on the Alternative Airplay chart.

"Summer Girls" | LFO
The last summer of the 90s (1999) saw this boy band make it all the way to #3 on the Hot 100. For more song selections from some of the best boy bands for your wedding playlist, <be sure to click over to this post.

"Blue (Da Ba Dee)" | Eiffel 65
Eurodance was very popular back in the 90s. Eiffel 65 was an Italian dance band that would release their album Europop. "Blue" would be the first song to drop from this record and would become the biggest song of their career. The song would peak at #6 on the Billboard Hot 100 chart.

Ready To Speak To Mike Bills About Being Your Wedding DJ?
Thank you so very much for making it to the end of post about the best 90s One Hit Wonders For Your Wedding Playlist. It take a lot of effort and resources for me to find modern brides and grooms like you. So, for you to make it all the way to the end of this post is so awesome. It is a passion of mine to create compelling content that inspires modern brides and grooms to put together the music for their wedding playlist.  I love to be your wedding DJ. If you are interested or have a question about me being the DJ for your wedding, please click the link up above and you'll be taken to my contact form. I look forward to hearing from you about your wedding!