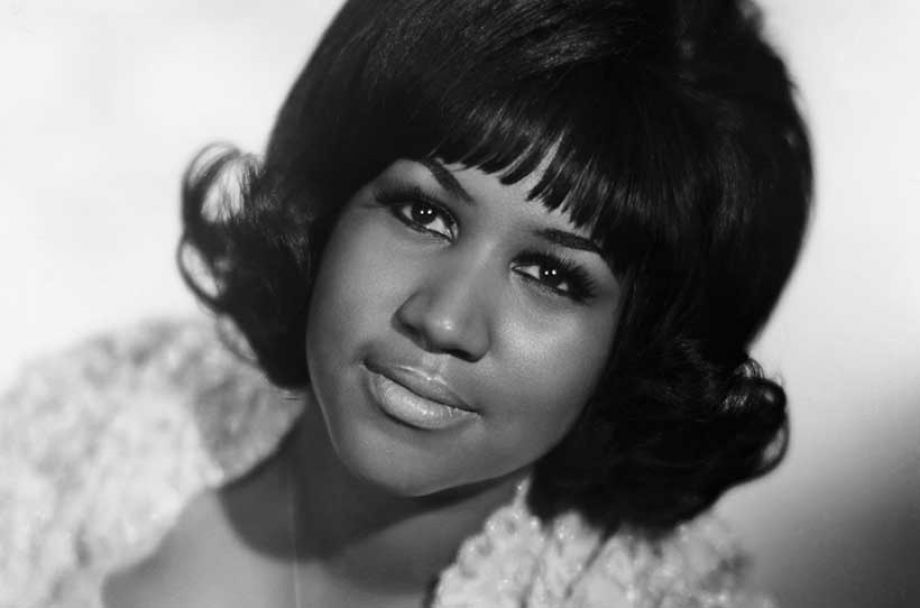 When news broke this week that the Queen Of Soul, Aretha Franklin was nearing death, I began to do some preliminary research on her legendary music career. When I need accurate information on an artist's body of work, I always consult with my copy of Joel Whitburn's Billboard Book Of Top 40 Hits. He published his first book back in 1970 and has provided one of the most accurate records of an artist's music and their associated chart history. I received the news on the passing of Aretha Franklin just as I was uploading my salute to the Queen Of Pop (Madonna) on her 60th birthday. I spent most of the rest of the day yesterday digesting a ton of social media posts celebrating the life and legacy of Aretha Franklin.  Where do I begin? She was the first woman to be inducted into the Rock & Roll Hall Of Fame back in 1987. She was a musical icon with a voice that was so full of soul, and odds are we are not likely to ever see someone with her talents ever again. She had 20 Number 1 songs and over 50 of her songs made it into the Top 10.  As one of the best Charleston wedding DJs, I can tell you that Aretha Franklin still sees a lot of rotation at weddings and events all around the Lowcountry.  You'll want to read on to get a nice dose of the soulful music of Aretha Franklin.

When her music begins to play at Charleston weddings and events, people get excited and they start to dance.  "Respect" is an excellent song to get the party started and there are so many times that when I press PLAY on that track that the bride and her bridesmaids get out to the dance floor and just begin to really get the party started. One thing is for sure, we will never forget Aretha Franklin's contribution to music, and her music will continue to be played by Charleston wedding DJs for years and years to come.

Download This Aretha Franklin Playlist From Charleston Wedding DJ Mike Bills On Spotify NOW
For thos brides and grooms who have the Spotify app, you probably have alredy begun to put together a playlist some of your favorite songs that you'd like to hear during your wedding reception.  You can download this playlist of chassic Aretha Franklin songs from my Spotify, as well as other playlists that are sure to provide you even more wedding playlist inspiration. Just head over to Spotify and search for DJ Mike Bills.

"I've Never Loved A Man (The Way I Love You) | 1967
Probably not one of the most "wedding-worthy" songs you'd want to place on your Charleston wedding playlist (based on the lyrics), but just an illustration of her greatness as a singer. The song went all the way to Number 1 on the R&B charts after it's release in February of 1967. It also hit the Top 10 on the Hot 100.

"Respect" | 1967
"Respect" is Aretha's signature song and was Number 5 on Rolling Stone's list of the 500 Greatest Songs of all time.  The song would go all ther way to Number 1 on the Hot 100 and R&B charts and is one of the most requested Aretha Franklin songs at Charleston weddings.

"Baby I Love You" | 1967
"Baby I Love You" was the follow-up to "Respect" and ended up going all the way to Number 4 on the Hot 100 charts, and Number 1 on the R&B charts. B.B King and Roberta Flack were notable artists who covered this classic by the late Aretha Franklin. This is a great track to throw on during dinner at your Charleston wedding.

(You Make Me Feel Like) A Natural Woman | 1967
Originally written by Carole King, this became another one of Aretha Franklin's signature songs when it was released in October of 1967. It's been covered by many artists including Celine Dion, Mary J. Blige, and a recent performance by Alicia Keys. It's the perfect song to throw on during your Charleston wedding at dinner or even better throw it on the bachelorette weekend soundtrack.

"Think" | 1968
"Think" was another incredibly soulful song that became a feminist anthem for Aretha Franklin. The song was released in the spring of 1968 and would become her 6th song to reach Number 1 on the R&B charts.  If you get a chance, watch the movie The Blues Brothers from 1980 and you'll see Aretha do a version of this song.

"Bridge Over Troubled Water" | 1971
The song was originally written by Simon & Garfunkel and was the title track to their album. Aretha Franklin scores another Number 1 song for 2 weeks in April of 1971.

"Spanish Harlem" | 1971
Originally released by the great Ben E. King (who is frequently on Charleston wedding playlists) in 1960, Aretha Franklin releases this cover of this classic back in the summer of 1971 and scores another Number 1 song on the R&B charts for 3 weeks.

Daydreaming" | 1972
Another soulful classic by the great Aretha Franklin. Do I sound like a broken record? :) Whatever Aretha sang turned to pure gold and platinum. Daydreaming was another Number 1 on the Hot R&B charts in the spring of 1972 for the Queen Of Soul.

"Until You Come Back To Me (That's What I'm Gonna Do) | 1973
This classic by the Queen Of Soul was originally recorded by the great Stevie Wonder in 1967, but it did not get released. Aretha recorded the song in 1973 and turned it into a platinum selling hit reaching Number 1 on the R&B chart and Number 3 on the Hot 100 charts in early 1974.

"I Say A Little Prayer" | 1968
The great Dionne Warwick originally took this song to Number 4 on the Hot 100 charts in the latter part of 1967.  Aretha Franklin recorded another version of the song and released it in the summer of 1968 scoring a Number 3 hit on the Hot R&B chart. "I Say A Little Prayer" still shows up on quite a few Charleston wedding playlists in recent years.

"Freeway Of Love" | 1985
Aretha Franklin was still cranking out the hits in the 80s, and owned the music charts back in the summer of 1985. The song turned out to be one of the biggest songs of the year in America and went to Number 1 on the hot R&B charts for 5 weeks and hit Number 3 on the Hot 100 charts. The song is featured on her album "Who's Zoomin' Who?"

"Who's Zoomin Who?" | 1985
The title track of what would be her 33rd album. The song was released in the summer of 1985 and went all the way to Number 3 on the hot R&B charts. While she did not score a number 1 placement with the song, the album would go platinum.

"Son Of A Preacher Man" | 1970
Originally recorded and released by Dusty Springfield in 1968, Aretha would do an excellent cover of this 60s classic on her 1970 album, This Girls In Love With You.

"Satisfaction" | 1967
I was not alive in 1967, but I can imagine that Mick Jagger & The Rolling Stones were very proud of how Aretha Franklin covered one of their signature songs. You can find Aretha's version of "Satisfaction" on her album Aretha Arrives, which was released in the summer of 1967.

"Ain't No Way" | 1968
"Ain't No Way" was written by Aretha Franklin's younger sister, Carolyn Franklin. "Ain't No Way" can be found on her album, Lady Soul, and was also the B side to her single, "Sweet Sweet Baby, Since You Been Gone".

"Walk On By" | 1964
Originally recorded and released by Dionne Warwick in 1963, Aretha Franklin would record her version of the song for her 1964 album, Runnin Out Of Fools.

"At Last" | 2014
"At Last" was originally recorded and made popular by Etta James. Aretha Franklin would do an excellent cover of the song on her 2014 record Aretha Franklin Sings The Great Diva Classics.

Ready To Speak With Mike Bills About Being Your Wedding DJ?
It's going to take a very long time to get over the loss of Aretha Franklin, but her music will continue to live on and entertain us for many generations to come. Her music is iconic and will be on my list of Charleston Wedding Music Standards to be released in the coming weeks on one of my posts. As I mentioned up above, when I throw on some Aretha Franklin at any of my Charleston weddings, you can clearly tell the guests in the room begin to loosen up and get in party mode. It's the soulfulness of her voice and her music that will continue to get us into those party modes for many many years to come.  The summer is quickly coming to an end and school is going back in session next week. Looks like we'll be returning to a more normal routine here in Charleston, SC. One thing that is not changing is the fact that Charleston remains one of the top wedding destinations in the country. If you are looking to get married in Charleston in 2019 or beyond and want to get a headstart on booking your wedding DJ, there are prime dates available. I'd love to be wedding DJ for your Charleston wedding. Click HERE to tell me a little more about your big day here in the Holy City of Charleston.