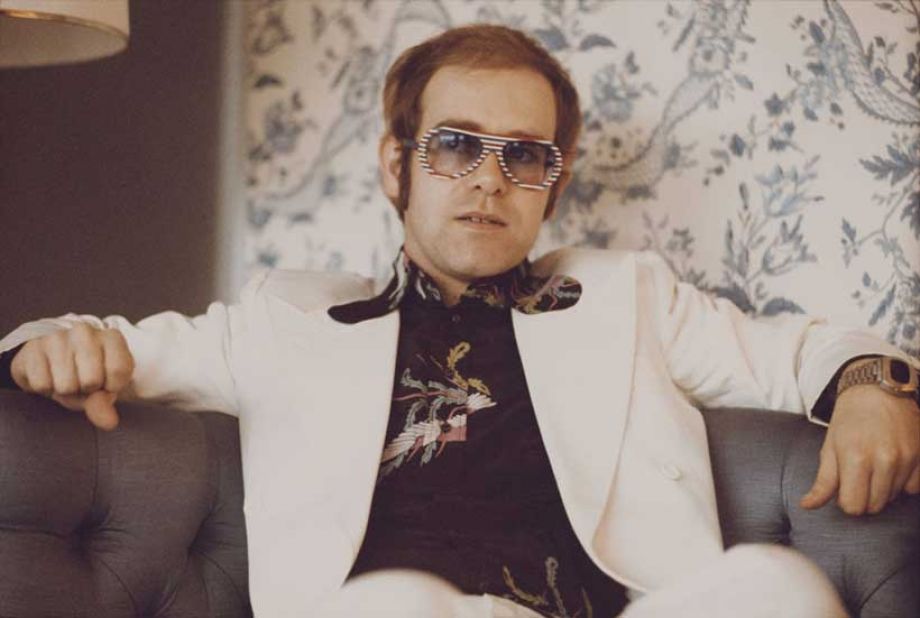 Perhaps it was the announcement of the remake of The Lion King due out in theaters in the summer of 2019, or maybe it was because I heard his classic Christmas song on the radio recently. Elton John's music is consistently showing up on playlists all over at Charleston weddings.  Truth be told, this particular blog post has been on my to-do list for a few months now. Over the years, I've seen the music of Elton John fit nicely into a cocktail hour or some of his slower ballads be perfect for conversations over dinner at many Charleston weddings. Elton John has sold an astonishing 300 million records, and has had over 50 Top 40 hits, and 7 straight Number 1 albums here in the United States. 21 years ago when Princess Diana was tragically killed in a car accident, Elton John rewrote "Candle In The Wind" and dedicated the remake of the song to Diana. The single ended up selling over 30 million copies and became the top selling single of all the time in England, as well as the United States.  As one of the best Charleston wedding DJs, music is my passion and my sole focus as a DJ. I hope you'll enjoy this post outlining some of the biggest hits from Elton John heard over the years at Charleston weddings.

For those of you who are still basking in the afterglow and excitement of the movie about Freddie Mercury and Queen,  there will be an Elton John biopic released to theaters also coming in the summer of 2019.  I'm hoping to see him on his farewell tour at some point in 2019.  If you are just engaged and looking to plan some of the music for your upcoming wedding, consider adding in some of the great songs by Elton John. Be sure to folow me on Spotify. You can follow me there at DJ Mike Bills. If you aren't into Spotify, feel free to click through this post and listen to each song by clicking on the link in each song title.

"Can You Feel The Love Tonight"
Speaking of The Lion King, this beautiful song was released in the spring of 1994, right before the movie came out in theaters in June 1994.  I've actually had quite a few brides select this song for either the prelude music for their wedding ceremony, or included as one of the musical pieces that is part of their ceremony.  The song would hit the Top 5 on the Hot 100 charts, and Number 1 on the adult contemporary charts.

"Circle Of Life"
Circle Of Life would be the second single to be released from The Lion King soundtrack.  The song won an Academy Award For Best Original Song in 1994 and would reach Number 2 on the adult contemporary radio charts in the fall of 1994.

"Tiny Dancer"
"Tiny Dancer" might be one of the most popular selections by Elton John during the dinner portion of a lot of my Charleston weddings.  You can find the song on the album "Madman Across The Water". The song was released in 1972 and would eventually break into the Top 40.

"Your Song"
Released in the U.S in October of 1970,  "Your Song" is another huge Elton John request at Charleston weddings. The song would crack the Top 10 on the adult contmeporary, as well as Hot 100 charts. Ellie Goulding did an excellent cover of the song in November of 2010. More recently, this song was featured during the prelude at one of my recent fall weddings.

"Bennie & The Jets"
Bennie & The Jets appeared on one of my favorite Elton John records from the 70s, "Goodbye Yellow Brick Road" Released in February of 1974, the song would eventually reach Number 1 on the Billboard Hot 100 charts.

"Crocodile Rock"
Released in the latter part of 1972, "Crocodile Rock" was single to be released in advance of his 1973 record "Don't Shoot Me I'm Only The Piano Player". The song would go on to be Number 1 on the Billboard charts, as well as countries like New Zealand, Switzerland, and Canada.

"Blue Eyes"
"Jump Up" was released in 1982 and was Elton John's 16th album. The perfect song for the beautiful blue-eyed Charleston bride.  The song would spend a few weeks in 1982 at Number 1 on the adult contemporary charts.

"Candle In The Wind"
"Candle In The Wind" is another one of the many great Elton John hits you'll hear on the album Goodbye Yellow Brick Road.  The song was originally written in honor of Marilyn Monroe, but when Princess Diana died in 1997, Elton rewrote the lyrics for a very special tribute to Diana.  The remake of "Candle In The Wind" became the greatest selling single of all time in the United States.

"Rocket Man"
This is easily one of Elton John's many signature songs. You'll find it his 1972 album "Honky Chateau".  Released in the spring of 1972,  "Rocket Man" would climb all the way to Number 6 on the Billboard Hot 100.

"Little Jeannie"
"Little Jeannie" has that perfect late 70s and early 80s (almost yacht rock) texture to it.  The release of "Little Jeannie" would mark Elton John's 5th Number 1 song on the AC charts in the United States. You can find the song on his album "21 at 33", released in May of 1980.

"Kiss The Bride"
Since we're talking about Charleston weddings and beautiful Charleston brides, I thought I would throw in this more obscure Elton John song because of the title. :) You can find the song on Side 2  of his 1983 album "Too Low For Zero"

"The One"
"The One" was the title track of the Elton John album released in the spring of 1992.  You could hear this song playing all over the radio in the summer of 1992.  The song would break into the Top 10 on the Billboard Hot 100, and also hit Number 1 on the Adult contemporary charts.

Encore Song
"Don't Let The Sun Go Down On Me" (With George Michael)
Released November 25, 1991

Interesting In Booking Mike As Your Charleston Wedding DJ?
Thank you so much for making it to the end of this blog post. This blog is my life. Wedding DJing occupies a large of my life.  It's my musical world that I like to share with prospective clients. Please, feel free to get lost in my world. Hope you enjoyed this look at some of Elton John's work, and maybe you'll be inspired to add some of these great songs into what will become the playlist for your Charleston wedding.  As I mentioned up above, music is my sole focus and it's my goal to help you create the absolute best sound track for your Charleston wedding.   If you should decide to book me, I am bound and determined to sit down with you and work with you to make sure we design a playlist that you'll love and that will make lasting memories for you and your guests for many years to come. Click HERE if you'd like to sit down and grab a latte and talk about the music for your Charleston wedding.