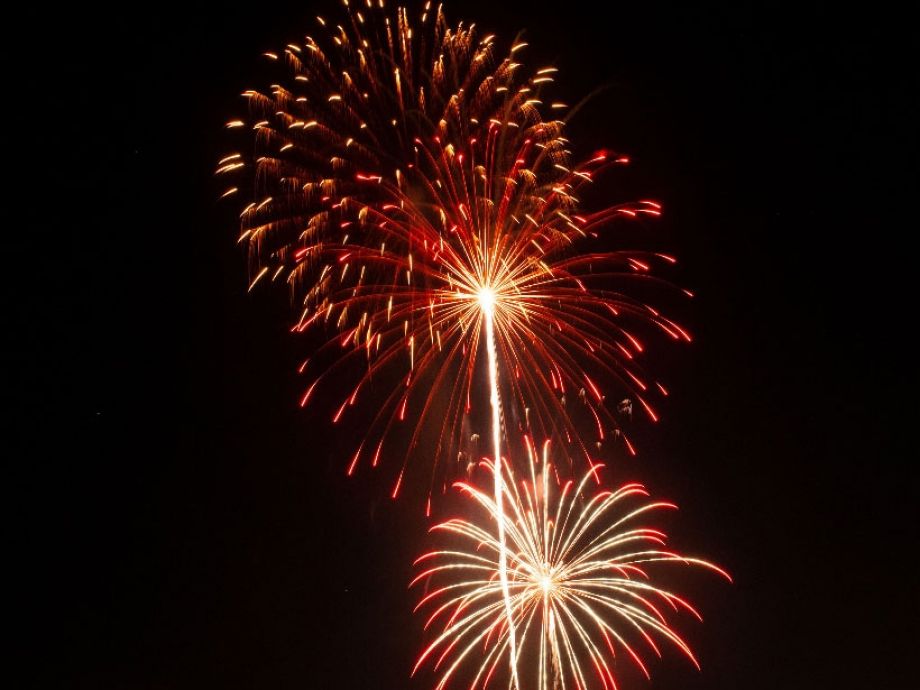 Top 10 Patriotic Songs For A 4th Of July Wedding Playlist

The 4th Of July holiday is finally here in Charleston and boy is it shaping to be a hot one, with of course your typical chance that about 4pm we'll see a thunderstorm. While I have no weddings planned for today, I have been fevertishly wrapping up preparations in the music for Elayna & Thomas coming up this Saturday evening, July 8th over at the lovely Goldbug Island. Be sure to look out on social media for updates on their special day, which will include videos and photos, as I am going to turn up the social media thing a few notches in the coming months. Whether it be real wedding playlists, DJ tips, or anything else that is important to making sure the music is perfect for your wedding day, I will be posting more helpful stuff very soon to become more engaged and interactive with my clients. In the meantime though, it's the 4th Of July and today means so much more than just fireworks, hotdogs, and watermelons. Today is the 241st birthday of our great country and while that is certainly grounds for a huge celebration, we need to be sure we thank a soldier or veteran for their services to this country and what they did to preserve the freedoms we have on days like today. On that note, I hope everyone has a very safe and relaxing Fourth Of July holiday. Fire up the grill, pop open a few cold adult beverages, light some sparklers, shoot off some Roman candles and bottle rockets and then head to your favorite town's big time display tonight. Just take a deep breath and enjoy what all it is you have.

The Charleston wedding season for summer 2017 picks back up for me this weekend with Elayna & Thomas, but the professional wedding DJ in me would like to leave you with a list of my Top 10 Patriotic Songs for a 4th Of July wedding. Cheers, and happy birthday America!

"Red, White & Blue" | Lynyrd Skynrd
This track was written post 9/11 and released on their 2003 album called the Vicious Cycle. There is something about southern rock that just feels American. The title of this song made me think about the 4th Of July, but you could just as easily throw on Sweet Home Alabama and feel just as American.

"Living In The USA" | Steve Miller Band
Long before Abracadabra and The Joker, we had the late 1960s version of the band producing great classic rock tracks like this one. Originally released in October 1968, this song also appears on on a compilation album of the same album in 1973. Check it out below.

"Born In The USA" | Bruce Springsteen
The title track to Bruce Springsteen's monster album in 1984 was really anything but patriotic. The song talks about the Vietnam War and America and how veterans were treated when they came home. The song was used in presidential campaigns (Ronald Reagan). Regardless of it's lyrical content, it serves as an exciting and proud song to hear when the big bombs are going off at your local professional fireworks display.

"Philadelphia Freedom" | Elton John
Released in 1975 as the fourth single of the album Captain Fantastic And The Brown Dirt Cowboy, this track was actually written for the great Billie Jean King. Billie Jean King was a friend of Elton John and wrote this song when she was a part of the Philadelphia Freedom's professional tennis team. There is something about the song that would have me believe it was blaring on speakers when the country turned 200 in 1976.

"All American Man" | KISS
No American rock band has released more gold albums than KISS. Released in 1977, their second epic live album "Alive II" wouldn't come close to their first live record in '75 but did feature a few studio tracks, including this short and sweet track.

"Coming To America" | Neil Diamond
You might also know this track as "They're Coming To America". An original by the great Neil Diamond and performed in his movie "The Jazz Singer" in 1980. It reached the top 10 in 1981 and is another great choice for the fireworks soundtrack.

"Party In The USA" | Miley Cyrus
Has it really been 7 years since the release of this song? This song still has legs on lots of Charleston wedding playlists. Now Miley is all grown up now at 24 :)

"Made In The USA" | Demi Lovato
The next song on the playlist here goes back 4 short years to the summer of 2013. Off her 4th studio record, the song was said to be a patriotic love song and was released so it could be on the air for the 4th of July back in 2013.

"Kids In America" | Kim Wilde
New wave music was in full swing in 1982 when British artist Kim Wilde released this song. Fast forward to the 1990s and Kim Wilde released a 1994 version to help get the word out about her Remix collection. An early staple in the rotation on early MTV, take a listen below.

"Star Spangled Banner" | Jim Hendrix
There have been great guitarists but I am not sure we'll ever see someone like Jimi Hendrix ever again. There is something about him doing the Star Spangled Banner on his electric guitar that sounds so amazingly American. It's incredible that this only occurred nearly 48 years ago at the very first Woodstock. It remains one of those great moments for me in the overall history of rock music. You need to crank it up for this one and say to yourself how proud you are to live in this great country of ours.

Interested In Speaking To Mike Bills About Being Your Wedding DJ?
Well, now that I am finishing up this blog post, the coals on my grill should be good and ready for my burgers as well as some beer boiled bratwurst. If you just came across my website today while you were searching around the internet, I invite you to look over my FAQs and other blog posts. Recent engaged brides and grooms who are extremely passionate about their music become fast friends of mine. I'd love to help you plan the perfect playlist for your upcoming wedding. If you are interested in speaking with me about your wedding, click on the link up above to be taken over to my contact form so that you can fill out some of the important details of your big day and to tell me about your special day. Let's talk soon. I look forward to speaking with you about your wedding day.