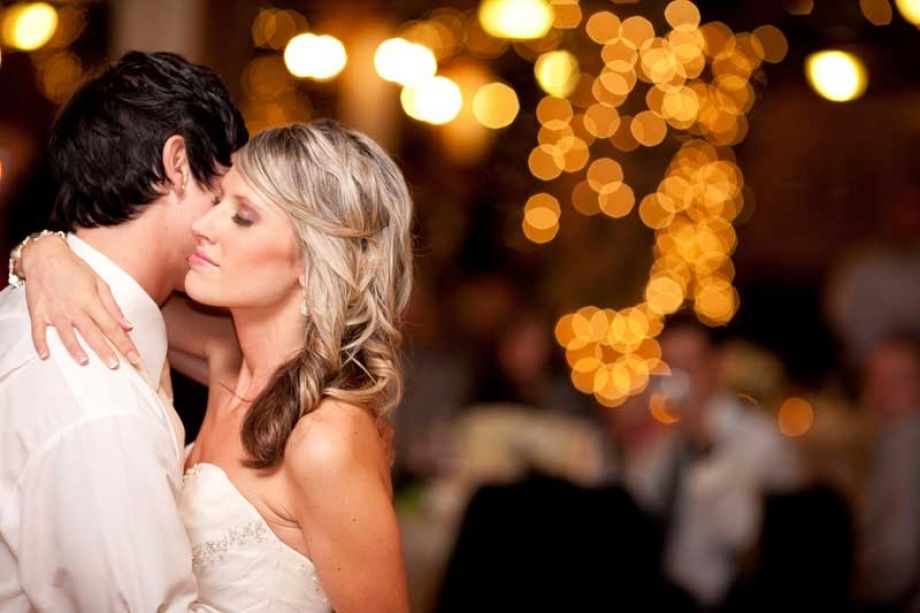 You've been engaged for quite some time now. You've sent out all your invitations. You know exactly how many people are going to be at your wedding. You've been smiling all day as your smartphone is lit up with text messages letting you know that some of your guests have just landed at the airport.  You've hired a top notch wedding planner to take care of every single detail for what will become the biggest and most important day of your life. Now, we're just 24 hours away from your nuptials and what will become an amazing day of celebration and dancing that you and your guests will remember for years to come. The rehearsal dinner is an excellent way to set the tone for your Charleston wedding weekend. It'll be mostly likely composed of family, close friends, and most likely your bridal party. After all the details of your big day have been finalized, this get together among family and close freinds should be a laid back affair with a playlist that begins to create those lasting memories for your entire wedding weekend.

Feel free to follow me on Spotify. Just do a search for DJ Mike Bills and you'll find some other great playlists for inspiration as you piece together your wedding playlist.  If you are not on Spotify and want to sample the songs on this post, just click the link inside each song title to bring up the You Tube.

"You Are The Sunshine Of My Life" | Stevie Wonder
The soulful sounds of Stevie Wonder are an excellent way to kick off your rehearsal party, because as the song says, you are the apple of each other's eye. Released in 1973, the song would go all the way to #1 on the Billboard Hot 100 and the Adult Contemporary chart.

"Feeling Good" | Nina Simone
You'll be feeling good when your family and close friends get together with you during your rehearsal dinner. They'll see that glow in your eyes and twinkle in your eyes as your wedidng weekend gets underway.

"Stand By Me" | Florence And The Machine
This cover song of the Ben E King classic is truly spectacular and will sound perfect during your rehearsal dinner over at Marion's In The French Quarter or over at Indaco. This song was featured on the 2016 album "Songs From Final Fantasy XV"

"Your Song" | Ellie Goulding
Ellie Goulding did an excellent job on covering this Elton John classic.  It's got that perfect vibe for great socializing and making memories with family and friends.  You can find this cover on Ellie's 2010 album "Bright Lights".

"Cruisin" | Smoky Robinson
The smooth vocals of Motown-great Smoky Robinson makes a great slow dance song for your rehearsal dinner. "Cruisin" was released in the latter part of 1979 and would peak at #4 on the Billboard Hot 100 in early 1980.

"My Funny Valentine" | Ella Fitzgerald
One of the oldest wedding songs that I have played, and it's the perfect song to play during dinner while you are catching up on old times with friends and family.

"Endless Love" | Diana Ross & Lionel Richie
Back in the early 1980s, this song reached the top of the charts for several weeks. It's a song that puts a beautiful romantic bow on your rehearsal dinner.  In 1994, Mariah Carey & Luther Vandross would do a great cover of this song.

"All My Love" | Led Zeppelin
Perhaps you want to throw in a few classic rock tunes during your rehearsal dinner? Well, this is a classic love song by the great rock Led Zeppelin. It's got a good vibe too that's not too abrasive, but still fairly upbeat. You can find this song on Led Zeppelin's 1979 album " In Through The Out Door".

"Sweetest Thing" | U2
It could also be a great cake-cutting song, but this chill U2 love song from the late 1990s is the perfect addition to your rehearsal dinner. The song was initially released as the B side to "Where The Streets Have No Name" in 1987, but was re-recorded in 1998 and released that fall and would make it all the way to #4 on the Adult alternative chart.

"Bridge Over Troubled Water" | Simon & Garfunkel
This was the biggest song of Simon & Garfunkel's career and topped the Billboard charts for over 6 weeks. Another great song to add into the evening that has a beautiful laid back vibe to it.

"Love The One You're With" | Stephen Stills
In keeping with that classic rock vibe, this song was one of the biggest of Stephen Stills career as he embarked on some solo projects away from Crosby, Stills, Nash & Young. When its just you, your family, and close friends, you'll have NO problem loving the people you are with.

"Only Wanna Be With You" | Hootie & The Blowfish
After all you are getting married in Charleston, you've gotta have some Hootie. You will want to take a look at a recent destination wedding and a couple who were VERY much into Hootie. Click HERE for that link.

"Sittin On The Dock Of The Bay" | Otis Redding
The perfect song for your rehearsal dinner, especially if it is located in downtown Charleston or near Shem Creek in Mt Pleasant. So chill and laid back. Released in January of 1968, "Sittin' On The Dock Of The Bay" went all the way to Number 1 on the Hot 100. Michael Bolton recorded a cover of this song and it was released on his first album "The Hunger" in 1987.

"Grow Old With Me" | Tom Odell
The perfect song to begin your wedding weekend where you start your life together and become one and most importantly, "grow old together".

"XO" | John Mayer
I think it's safe to say that putting any John Mayer on your rehearsal dinner playlist is not going to create any complaints.  The acoustic cover though of Beyonce's "XO" would be a pretty awesome addition to your playlist. Take a listen below and add it into your playlist.

"Stubborn Love" | The Lumineers
You said you wanted Indie? You got some great Indie right here. "Ho Hey" would also be another great track to add into your playlist. "Stubborn Love" was the follow-up to their first single "Ho Hey" and was released in the fall of 2012.  The song would reach #1 on the Adult Alternative charts.

Want To Hire Mike To Be The DJ For Your Rehearsal Dinner And Wedding?
Do the thoughts of having dinner with your family and closest friends make you want to add a rehearsal dinner into your Charleston wedding weekend? From Motown to classic rock to oldies to Indie, you can create the perfect vibe for your dinner that kicks off your unforgettable, mind blowing wedding weekend in Charleston. I hope you enjoyed this blog post, as much as I enjoyed researching all the music that went into it. Take a look at your rehearsal dinner as the pre-party to your big party (the wedding reception).  The playlist you choose for your rehearsal dinner can be catalyst for an incredible soundtrack to your wedding. Click HERE to tell me a little bit about your upcoming wedding and let's schedule a time to talk.