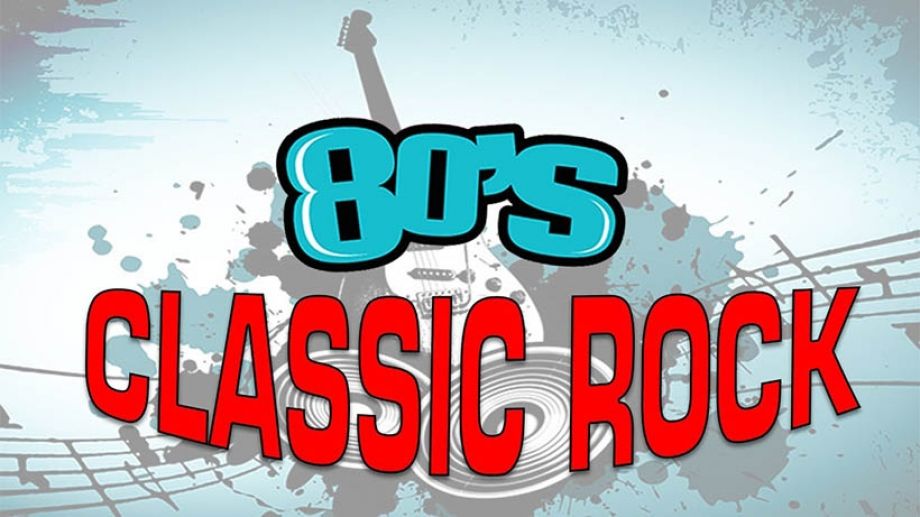 Your eyes are NOT playing tricks on you, I promise. That's right you read it properly. "The perfect 80s "Rock" Cocktail Hour Playlist. Before settling down into dinner and after the ceremony, this is another cocktail hour playlist designed to loosen your guests up rather nicely and what better way to do that than with some of the best 80s rock on the planet. Mike Bills Entertainment is the one DJ company in Charleston who has a strong affinity to the 80s music genre and it's many sub-genres. From the hard rock and glam metal scene to 80s alternative rock to just straight up classic rock, this version of cocktail hour playlist has all of that and then some more. Remember, this 80s Rock Cocktail Hour playlist is just one of the many avenues you could go for the cocktail hour playlist at your Charleston wedding.

I tried to use my experience as a professional wedding DJ to balance out this playlist, so you'll see artists like Foreigner, Pat Benatar, Great White, and Bon Jovi just to name a few. Feel free to take some notes when you listen to the tracks below and perhaps you'll be inspired to add in some more great 80s rock tracks to this list.

Download This Playlist From Spotify Compliments Of Charleston Wedding DJ Mike Bills
Over the past few years, modern brides and grooms have hired me and in the process of putting together their wedding playlist, they have provided a lot of their music to me by using Spotify. What I've decided to do is migrate all of the playlists that have been talked about on my blog over to Spotify. Not only will you find this 80s Rock Playlist for your cocktail hour, but also other parts of your wedding playlist. Just head over to Spotify and do a search for DJ Mike Bills.

"Urgent" | Foreigner
Foreigner continued their hard-rocking 70s sound with 1981's "4" released that summer. This was the first single to break off the record. For the softer side of this record, you might consider "Waiting For A Girl Like You". Check out the popular post about 80s and 90s power ballads for your wedding.

"The One I Love" | REM
Here is where "80s Alternative Rock" comes into this playlist for your cocktail. The album was "Document" in the summer of 1987 and became one of the great 80s rocks songs from Athens-GA based REM.

"Hit Me With Your Best Shot" | Pat Benatar
It's easily her most popular song to date and her first Top Ten song released in September of 1980. The single would eventually sell over a million copies.

"Alone"| Heart
Released in May of 1987, this song went all the way to Number 1 in the summer of 1987. Ann Wilson of Heart easily has one of the female rock voices ever. You can hear it so well in this song.

"Wanted Dead Or Alive" | Bon Jovi
The third single to break on their album "Slippery When Wet", it broke into the Top 10 settling at #7. Jon Bon Jovi said at a concert in 2008 that the song had some influence from "Turn The Page" by Bob Seger. It'll sound good at your wedding reception over at Harborside East in Mt Pleasant.

"Sister Christian" | Night Ranger
When I personally think about what went on inside the American high school in 1983, I think of this song. Just take a look at the video down below and you'll see what I mean.

"Addicted To Love" | Robert Palmer
Released in early 1986, this became the late great Robert Palmer's most popular recording. It still pains me to say "the late Robert Palmer" because he was only 54 when he passed away in 2003. The song eventually reached number 1 on the Billboard Hot 100 later in the spring of 1986.

"Unskinny Bop" | Poison
Glam metal at it's from the finest during the 80s. That is what you got from Poison. Every single music video seemed to be part of a party on the Sunset Strip. Enjoy the festivities down below.

"Turn Up The Radio" | Autograph
One of the many 80s rock one hit wonders. This track was released right before Christmas in 1984.  It moved all the way up to #29 on the Billboard charts in the spring of 1985.

"Caught Up In You" | 38 Special
38 Special is definitely on my list of the great 80s classic rock bands. This was their first single from their 1982 album "Special Forces" and hit the Top 10 during the summer of 1982. Crank it up.

"Every Little Thing She Does Is Magic" | The Police
And there was Briish 80s Rock. The song was a hit off their album "Ghost In The Machine" and reached number 1 in the UK and #3 in America on the Billboard Hot 100.

"She's A Beauty" | The Tubes
"She's A Beauty" was released in 1983 and became the biggest hit of their career and went all the way to #10 on the Billboard charts in the spring of 1983. Check out the video below. It was in very heavy rotation during the early years of MTV.

"In The Air Tonight" | Phil Collins
This was the first release when he took a little hiatus from Genesis and became one of the biggest songs of his solo career.  If you like "drum breaks", you'll want to add this into your 80s Rock Cocktail Hour Playlist if you decide to go down this route.

"The Stroke" | Billy Squier
1981 was a great year for classic rock of the 1980s. This song was released during the spring of 1981 and became a huge hit on rock radio stations across America.  Billy Squier would go on to have a string of 80s rocks until the less rock "Rock Me Tonite" in 1984.

"Jump" | Van Halen
At the end of 1983, Van Halen would release one of the biggest albums of their career with 1984. "Jump" would be the first single off the album sand would shoot all the way to Number 1 on the Billboard Hot 100.

"Start Me Up" | The Rolling Stones
In the early 80s, the Rolling Stones would release "Tattoo You", the follow-up to their 1980 album Emotional Rescue.  Released in the summer of 1981, "Start me Up" would peak at #2 on the Billboard Hot 100 chart.

"Here I Go Again" | Whitesnake
And now we've reached the portion of this post where beautiful models go dancing on the hoods of Jaguars. The 80s were so full of these iconic images on MTV.  Originally the song was recorded in 1982, but recorded again in 1987 and would become a massive success peaking at #1 on the Billboard Hot 100 in the fall of 1987.

"What You Need" | INXS
The album is Listen Like Thieves. The band is INXS. "What You Need" would become the band's first single to reach the Top 5 in America.

"Invisible Touch" | Genesis
And keeping with that theme of great of music from 1986, "Invisible Touch" was the 13th record to be released in the early summer of 1986. The title track to the record would peak at #3 on the Billboard Hot 100, and #1 on the UK chart.

'Rio" | Duran Duran
Released in America in the fall of 1982, "Rio" was the second album to be released by Duran Duran and would make them worldwide superstars.  "Rio" would peak at #14 on the Billboard Hot 100 in Early 1983.

'Dude Looks Like A Lady" | Aerosmith
Aerosmith put out their album Permanent Vacation in 1987 and this would be one of four singles to be released. You might remember the song appearing in the movie Mrs. Doubtfire starring the late Robin Williams. "Dude Looks Like A Lady" would eventually peak at #14 on the Hot 100.

"Touch Of Grey" | Grateful Dead
This song was first performed in 1982 during one of the Grateful Dead's concerts, but would be released as a single in 1987 from their album In The Dark. The song would peak at #9 on the Billboard Hot 100 chart.

"Big Love" | Fleetwood Mac
Back in the spring of 1987, Fleetwood Mac would release Tango In The Night. It would be their last album before Lindsey Buckingham would leave the band. "Big Love" was remixed and I've managed to add all of them into my collection.  "Big Love" would top out at #5 on the Billboard Hot 100.

Care To Secure Mike Bills As Your Wedding DJ?
Whoa. Rock and roll from the 80s. I hope you enjoyed that. This is only a very small sampling of some of the great classic rock songs of the 80s that you might want to add onto your cocktail hour playlist for your Charleston wedding. These blog posts are created for prospective brides and grooms with my love of music in the hopes that each couple can possibly get some inspiration when it comes to the creation of their perfect playlist for their most important day of your life. Be sure to read over the rest of my blog for lots and lots of other cocktail hour playlist ideas, as well as other music ideas and how to find the best wedding DJ for you as a couple. If you are recently engaged and are ready to start shopping for your Charleston wedding DJ, I invite you to thoroughly read over my website, including the FAQs and be sure to click the link up above to be taken over to the main website to fill out a contact form so you can tell me a few more details about your big day. I look forward to hearing from you and would love to be your wedding DJ.