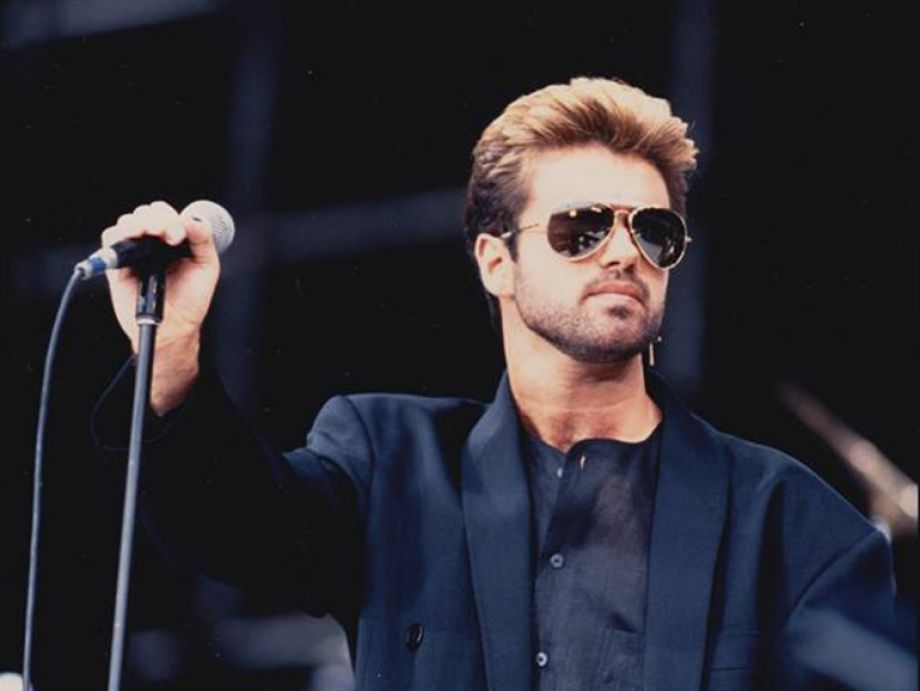 Best 20 Songs From George Michael For Your Wedding Playlist

Unbelievable! I actually just wrote a blog on Christmas Day in regards to some of the notable musicians that you might hear played by DJs at weddings in Charleston that have passed away in 2016. And now, I have to go back and update that blog entry as of late Christmas Day. The passing of George Michael continues what has been one of the darkest years in terms of the loss of celebrities and musicians. Being a former radio announcer who hosted numerous 80s request shows on air in Charleston, I can say we lost a huge part of the 80s with the passing of icon George Michael.

No 80s playlist would be complete without Wham's "Wake Me Up Before You Go-Go" or even "Faith" from George Michael's first solo effort. "Wake Me Up" is a great song to throw as the wedding reception is getting ramped and the fun is beginning for the evening. There have been numerous times where that song serves as a great dancing experience for the bride and her bridesmaids. Even "Freedom" puts a smile on my face and it's hard tot hink about not smiling when a lot of Wham's hits are playing. Sprinkling your wedding playlist with 80s music is sure to add another dimension of fun into the evening and make you and your guests smile. Out of respect for the super talented George Michael, this blog post will be dedicated to him as I list 15 of my favorite Wham / George Michael songs. Please take a listen and smile and remember some of the iconic 80s and early 90s hits and jot down some of those you'd want your wedding DJ to play as you get ready for your wedding in Charleston.

Download The Most Requested George Michael & Wham Songs From Spotify NOW
I hope you enjoy this post that was put together to celebrate the life and legacy of George Michael. When you are done reliving this 80s & 90s musical icon, I hope you'll head over to my Spotify and download this list of fun songs from the 80s and 90s.  When you get over to my Spotify profile, you'll find this playlist, as well as several others designed to give you much needed inspiration when you are creating your wedding playlist. Just search for DJ Mike Bills

"Freedom"
"Freedom" was the follow-up single to "Wake Me Up Before You Go-Go", and to be honest, I always thought was equally as fun and upbeat.
The song was originally released in the UK in the fall of 1984, but would not be released until July 1985 in America. "Freedom" would peak at #3 on the Billboard Hot 100 chart.

"Faith"
After George Michael would leave Wham, he would release his much anticipated solo album in 1987. 'Faith" was released in October 1987 and would peak at #1 on the Billboard Hot 100 and become one of the biggest singles of the year in 1988.

"Father Figure"
"Father Figure" would be the fourth song to be released to radio from George Michael's Faith album in 1987.  The song would make it all the way to Number 1 on the Hot 100, and make it into the Top 5 on the adult contemporary chart. To check out Volume 2 Of some of the Best Soft Rock Of The 80s, be sure to check out this post.

"Monkey"
Released on July 4, 1988, "Monkey" would become the 4th single to reach #1 on the Billboard Hot 100 chart from the album Faith.  You can also find "Monkey" on my Best Era Of Dance Music Wedding Playlist Volume 1.

"Kissing A Fool"
"Kissing A Fool" would the last song to be released as a single from George Michael's Faith album. The song has a very nice jazz and "soft rock" feel to it, which would make it perfect for the music during dinner at your wedding reception.

"I Want Your Sex"
By today's standards, "I Want Your Sex" is quite tame, but in 1987 when it was released, radio stations would not be play until late at night and MTV would not air the video until after 10pm. While it's not likely that this song would be requested at a wedding, I placed it on this post as part of the body of work by George Michael. The song would be featured on the soundtrack to Beverly Hills Cop II and peak at #2 on the Hot 100 chart.

"I Knew You Were Waiting For Me"
"I Knew You Were Waiting For Me" would be the first song that George Michael would record after his exit from Wham.  He'd team up the Queen Of Soul Aretha Franklin and score a Number 1 song on the Billboard Hot 100. For more of the best Aretha Franklin songs for your wedding, be sure to click over to the preceding link.

"Freedom '90"
If you are a fan of James Brown, you can probably see the sampling of "Funky Drummer" on this classic George Michael Song. "Freedom '90" can be found on the album Listen Without Prejudice Volume 1" released in 1990. The song would make it all the way to Number 8 on the Hot 100 chart.

"Fast Love"
In the spring of 1996, George Michael would release his album Older. "Fast Love" would be the first single to be released of this album and would peak at #8 on the Hot 100 and the Adult Contemporary charts.

"I'm Your Man"
"I'm Your Man" can be found on the labum Music from the Edhge Of Heaven. The song was released back in September of 1985 and would make it all the way to Number 3 on the Billboard Hot 100. It would be the last song that Wham would play at their final show at Wembley Stadium  in 1986.

"The Edge Of Heaven"
Released right after the announcement that would Wham would split up in 1986, "The Edge Of Heaven" was released to radio.  The song would peak at #1 on the UK singles chart, and become a Top 10 song on the Hot 100 chart.

"Heaven Help Me"
Deon Estus was the bass player for Wham, and actually played bass on George Michael's first two solo records. In 1989, he'd release "Heaven Help Me" with George Michael on the backing vocals. The song would reach #5 on the Hot 100 chart and is featured on my Soundtrack To A Charleston, SC Summer. I put this song on my summer soundtrack because I envisioned hearing it on some of the most beautiful roof top bars in Charleston.

"Jesus To A Child"
In 1996, George Michael would release the album Older, which would spark 6 singles. "Jesus To A Child" would be released in January of 1996 and peak at #7 on the Billboard Hot 100 chart.

Ready To Speak To Mike Bills And Hire Him As Your Wedding DJ?
Thank you so very much for making it to the end of another one of my blog posts. As you can probably guess, I truly love music, because it's great music that truly matters at your wedding reception. Perhaps you are not a huge fan of George Michael, but still want to take the time to reach out to me about being your wedding DJ? I'd love to set up a phone call with you, or if you are not in Charleston, I am available by Skype.Are you recently engaged and in the hunt for your vendors? Are you searching for a true professional wedding DJ who always put the focus on the bride and groom? Click the link up above to contact me today.