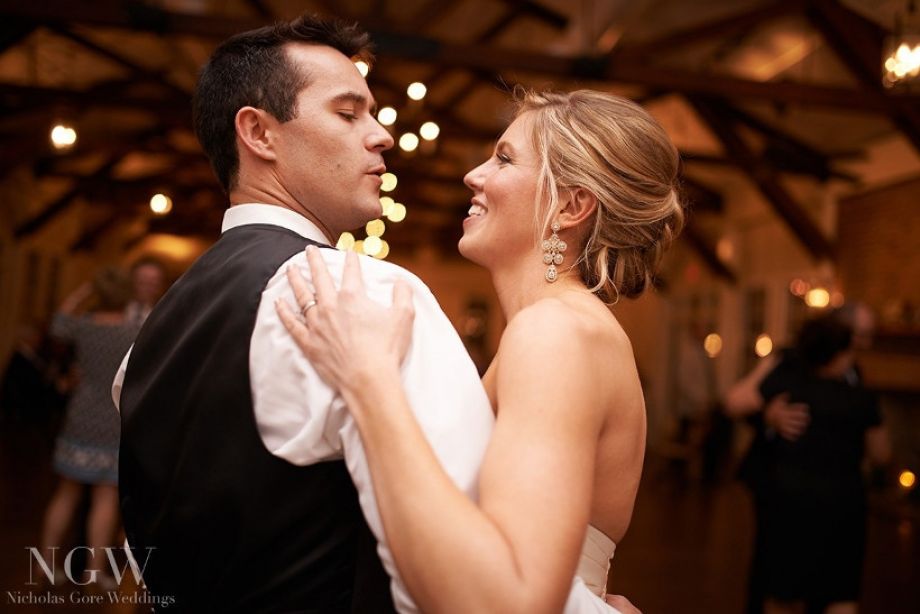 The Most Requested Songs For Wedding Playlists | Part 8

Welcome back to one of the most viewed wedding DJ blogs on the entire world wide web! By clicking over to this post, you've reached the 8th and final post that outlines The Most Requested Songs For Wedding Playlists.  They are songs that make you smile, songs that fill the dance floor and do so much more to your wedding. If you've clicked on this post and missed the other 7 posts, you are invited to click back over to those blogs, and to start jotting down some of your favorite music. Also, begin to formulate a list of who you would like to invite to your wedding.  As a top wedding DJ, I hope you'll enjoy this final installment of music and we get to speak about your wedding.

Be Sure To Download Part 8 Of The Most Requested Songs For Wedding Playlists From Spotify NOW
Imagine how easy things would be if you had a Spotify profile you could go to that had all the musical ideas you'd need to put together the best wedding playlist for your big day coming up.   Well, there is no need to imagine when you can go and see all these playlists that have been designed for the modern bride and groom. Just head over to Spotify now, and do a search for DJ Mike Bills.

"Twist & Shout" | The Beatles
Looking for that one Beatles song that has a tendency to get your guests all out on the dance floor? "Twist & Shout" is one Beatles song that is tried and true in getting the party started.  'Twist & Shout" is one of the signature songs by The Beatles and would peak at #2 on the Billboard Hot 100 in 1964.  Due to the success of the movie Ferris Bueller's Day Off in 1986, the song would chart agian and peak at #23. For more of The Most Popular Beatles Songs For Wedding Playlists.  <---Click HERE

"Hey Ya" | Outkast
Modern brides and grooms still are putting Outkast on their wedding playlist, and for good reason. Outkast is hands down one of the best hip hop groups of the past 20 years. "Hey Ya" would be released in the fall of 2003 and would peak at #1 on the Billboard Hot 100 chart.

"Shout" | Isley Brothers
Some wedding DJs prefer to put this song into the full-time DO NOT PLAY category, but I'm not burned out on it, because I know it's a song that can be thrown on for most crowds to get the party started.  At 60 years old, it's one of the oldest songs in rotation at modern weddings today.

"Love Shack" | B52s
As the 80s came to a close, the B52s would release their album Cosmic Thing.  "Love Shack" would be the second single to be released from the album  and would peak at #3 on the Billboard Hot 100, and #1 on the Alternative Airplay chart.

"All Of Me" | John Legend
Back in the summer of 2013, John Legend would rock the wedding world with one of the most romantic songs to be released in a very long time.  Weddings throughout 2014 would have this song on their playlists.  By May of 2014, the song would peak at #1 on the Billboard Hot 100 chart.

"Yeah" | Usher / Ludacris
Back in 2004, Usher would join forces with Lil Jon and Ludacris for Yeah!.  The song would hit Number 1 on the Billboard Hot 100 and not leave the top for 3 months. "Yeah!" would become one of the most popular wedding requests of the 2000s.

"Brown Eyed Girl" | Van Morrison
Released just in time for the summer of 1967, this signature song by Van Morrison is still one of the most popular songs from the 60s. You guessed it! "Brown Eyed Girl" can be placed into Wedding Playlist Gold category.  The song would peak at #10 on the Hot 100.

"Sugar" | Maroon 5
The music video alone for "Sugar" should be watched by every bride and groom to get them excited about their upcoming wedding reception. "Sugar" became one of the most requested songs of 2015.  "Sugar" has become a big request for the cake cutting song. For more examples on some of The Most Popular Cake Cutting Songs, <----Click on this link

"Marry You" | Bruno Marrs
'Who cares baby, I think I wanna marry you...." popular lyrics from Bruno Marrs. Released in the summer of 2011,  "Marry You" would barely break into the Hot 100, but peak at #11 on the UK singles charts.

"Cha Cha Slide" | Mr C. The Slide Man
Back in the summer of 2000, DJ Casper would release the Cha Cha Slide. The song would not chart well on the Billboard Hot 100, but would make it all the way to Number 1 on the UK singles chart.

"Livin On A Prayer" | Bon Jovi
Bon Jovi's second time around hitting #1 on the Billboard Hot 100 would become their signature song. I'm not sure if it's true, but I heard the song is the unofficial state song of New Jersey. I've worked with a lot of brides from New Jersey and this has been at the top of their request list. For more of The Best 80s Rock Song Ideas For Your Wedding Plsylist. <----Click over to this link.

"You Shook Me All Night Long" | AC/DC
Back In Black is the first album released by AC/DC to include the new lead singer, Brian Johnson. It would become one of the greatest selling albums of all time at over 50 million sold.  "You Shook Me All Noight" would be the first single to be released and despite it's peak #35 position on the Hot 100, it remains one of the band's most requested songs at weddings.

"Wobble" | VIC
Even though this song only managed at dismal #94 position on the Billboard Hot 100, it remains one of the most requested line dance songs today.

"Thinking Out Loud" | Ed Sheeran
When I first saw the music video for "Thinking Out Loud", I not only knew that Ed Sheeran had an enormous hit on his hands, but I also knew that the song would become one of those first dance songs that a lot of modern brides and grooms would request in the months after it's release. Released in September of 2014, the song would peak at #2 on the Billboard Hot 100.

"Sweet Caroline" | Neil Diamond
The classic by the great Neil Diamond can be filed into the Wedding Playlist Gold category.  Wedding guests that are young and old respond to this song at nearly 100% of weddings.  Released in May 1969, "Sweet Caroline" would peak at #4 on the Hot 100 chart.

"Happy" | Pharrell Williams
"Happy" would be released in the fall  of 2013 would be featured on the movie soundtrack of Despicable Me 2. By the spring wedding season of 2014, it would seem that every wedding was "Happy". The song would peak at #1 on the Billboard Hot 100 and the Adult contemporary charts in 2014.

"Shake It Off" | Taylor Swift
The first single from her album 1989 would be released in the late summer of 2014 and would quickly shoot to the top of the Billboard Hot 100, as well as the Adult Contemporary charts.

"Cupid Shuffle" | Cupid
Released in 2007, this line dance would remain popular for the next several years, but a lot of my recent clients have opted to keep it off thewir wedding playlist.

"Don't Stop Believin" | Journey
This classic Journey song is one of those songs that wedding DJs will most likely throw on toward the end of the night.   Don't let the #9 peak position on the Billboard Hot 100, as this song remains one of the most requested today.

"Uptown Funk" | Mark Ronson & Bruno Marrs
"Uptown Funk" has the rare distinction of becoming a recurrent wedding song since it's release. It's a song that still garners attention when it's thrown on at a wedding.  For more information about The Most Popular Recurrent Songs On Wedidng Playlists. <--Click HERE now

Wanna Speak To Mike Bills About Being Your Wedding DJ?
Hope you enjoyed all 8 installments of The Most Requested Songs For Wedding Playlists. It is my goal by putting together this series of posts to allow modern brides and grooms to gain some inspiration when it comes to putting together their wedding playlist.  Thank you for making it to the end of this post. If you are interesting in setting up a time to meet me and discuss your wedding, click the link up above and you'll be taken over to my contact form. Thanks for visiting my website and I look forward to talking with you.