The Grateful Dead Cocktail Hour For Your Wedding Playlist

In putting together the music for this playlist, I did a little research about the Grateful Dead. I had no idea that Bruces Hornsby was a touring member of the band back in the early 90s. Also, Perry Farrell, who is the frontman for Jane's Addiction would cover the classic dead song, "Ripple".  In looking back through all the weddings I've bene a part of, I can remember playing a version of "Ripple" for the wedding ceremony recessional for one of my clients. 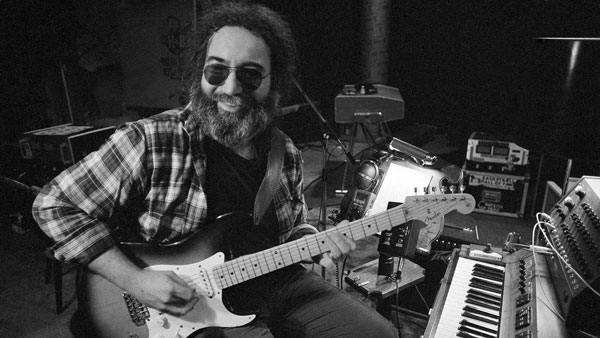 Feel Free To Download This Grateful Dead Cocktail Hour From Spotify NOW
Like all of the other playlists you've found on this blog, this Grateful Dead Cocktail Hour will be available over on my Spotify profile. I made a decision to move all of my playlists over to Spotify because a lot of the modern brides and grooms who were hiring me to be their wedding DJ were approaching me with a lot of their music already put together on a Spotify playlist. Just head over to Spotify now and search for DJ Mike Bills.

"Uncle John's Band"  | 1970
The Grateful Dead actually added this song into their concert playlists during the latter part of 1969. "Uncle John's Band" was recorded for their 1970 album Workingman's Dead.  The song has a bit of a "folksy" feel to it. For those brides and grooms who are interested in an Americana Cocktail Hour Playlist, <----Click HERE. Jimmy Buffett actually covered the song on his album Fruitcakes, and Crosby, Stills, & Nash would cover the song on their tour in 2009.

"Casey Jones" | 1970
"Casey Jones" is another track found on the 1970 album Workingman's Dead. The late Warren Zevon would cover this song and I do have a funny story about this song and how it got thrown into one of my wedding playlists. Back at the end of 2017, I was hired to be the wedding DJ for Casey & Brad at The Dewberry Hotel.  With Casey getting married to Brad, her name would change to Casey Jones, so the last song of the evening was "Casey Jones" by the Grateful Dead.  Take a look at Casey & Brad's Luxury Wedding At The Dewberry right now. <----Click HERE.

"Hell In A Bucket" | 1987
In 1987, the Grateful Dead would release their 12th album In The Dark, which would end up going double platinum and making it all the way into the Top 10 on the Billboard 200 chart. " Hell In A Bucket" was the second single to be released from the album and would peak at #3 on the Mainstream Rock Tracks chart.

"Ripple" | 1970
In the fall of 1970, the Grateful Dead would release their 5th album titled American Beauty.   One of the Dead's signature songs, "Truckin" would be released and "Ripple" would be the B side of this single. Norah Jones would cover "Ripple" at the Monterrey Pop Festival during the summer of 2017.

"Eyes Of The World" | 1973
In October of 1973, the Grateful Dead would release their 6th album titled Wake Of The Flood, which would break into the Top 20 on the Pop Albums chart. "Eyes Of The World" can be found on Side Two of the album and it's a song that I have played at a some of my weddings over the years.

"Truckin" | 1970
"Truckin" might be one of the most popular Grateful Dead songs. It can be found on the 1970 album American Beauty. The song would be released as a single with "Ripple" on  the B side. It reached #64 on the Singles chart in 1971.

"Sugar Magnolia" | 1970
"Sugar Magnolia" was another one of the well-known songs by the band that was released as part of the American Beauty album in 1970. When I worked in classic rock radio back in the 90s, a few of my program directors would add the song into rotation.

"Friend Of The Devil"  | 1970
The second track of their album American Beauty, and would be covered by Bob Dylan, Tom Petty, as well as the Counting Crows for their album Films About Ghosts.

"Althea" | 1980
Back in the spring of 1980, the band would release their 11th album Go To Heaven.  "Althea" is the third song on Side 1 and would become a popular song at Dead concerts and would become ranked as one of the best Grateful Dead songs of all time.

"Good Lovin'" | 1978
The band would cover the classic 60s song by The Young Rascals on their 1978 album, Shakedown Street. The band attempted to release the song as a single, but it failed to chart.  Back on November 11, 1978, the band would perform the song live on Saturday Night Live.

Wanna Speak With Mike Bills Today About Being Your Wedding DJ?
I hope you enjoyed this departure from a lot of the noraml type of wedding playlists that you've come to know all over my blog.  The cocktail hour for your wedding playlist has the potential to be ANYTHING you want it to be. There are lots of modern brides and grooms who look at their wedding playlist and don't want it to sound like they something they have heard before. Looking back, most all of my clients have been very "customized" as it pertains to their music.  Need some in planning the music for the cocktail hour at your wedding? <---Click on this link. If you are a newly engaged bride and groom and are still scoping out wedding DJs and are interested in setting up a time to speak with me, you are invited to click the link up above where it is (Wanna Speak.....). When you click on the link, you'll be taken over to my contact form where you'll fill out a few details and we'll be on our way to talking about your wedding. Thank you so much for making it to the end of this post. I look forward to speaking with you about your wedding.