The Come On Get Happy Cocktail Hour For Wedding Playlists

Whether you are downtown on the water at the Historic Rice Mill, over on the other side of the river in Mt Pleasant at Harborside East, or right on the ocean having your ceremony on Seabrook Island, the soundtrack to your amazing day will make whichever beautiful wedding venue you choose and its scenery even better. Your wedding day should be one of the happiest days for you, your family, and your guests. There are numerous ways to ensure this is the case, but one of the top ways you can make this happen and have fun and happiness on your wedding day is great music, but not just great "tunes", but music that has an overall "happy-go-lucky" vibe to it.  They do say laughter is contagious, so why not create a playlist for your cocktail hour that breaks the ice for your guests after your wedding ceremony. Music that picks you up and makes you feel good and smile. When you sit down with your Charleston wedding DJ, let them know you want a cocktail hour playlist that gets people happy and primed for a night of dancing later in the evening.

I'd like to interrupt this cold winter weather we've been having in recent weeks with my next iteration of cocktail hour playlist ideas: "The Come On Get Happy" Cocktail Hour. It's a playlist designed to turn that frown into a smile. How's that old saying go? Doesn't it take more muscles and effort to frown than it does to smile? The songs that are selected for this playlist are pretty "happy" and will make for some happy socializing after your ceremony before your reception begins. This playlist represent some "happy" and "upbeat" tunes spanning from the 60s all the way to more recent years.

Download This Playlist Put Together By Charleston Wedding DJ Mike Bills From Spotify NOW
The possibilities are endless when it comes to the music you'd like your guests to hear during your cocktail hour. The music for your cocktail hour does set the tone for the rest of the evening, so choose a vibe that you think your guests will like. When you head over to Spotify, all you need to do is search for DJ Mike Bills.  You'll be able to download this playlist, as well as pick up some other popular wedding playlists I've created over the years.

"Hooked On A Feeling" | Blue Swede | 1974
This band out of Sweden did a cover of the classic BJ Thomas from 1968. The ooga chaka jungle chants that you hear at the beginning of the song were actually from another cover of this song from 1971.

"Holiday" | Madonna | 1983
Released in September of 1983, this was one of Madonna's first hits. It's got an infectious party vibe to it and one that would be perfect for your cocktail hour.  Let's celebrate, just one day out of life.....That one day, of course would be your wedding day.

"Shiny Happy People" | REM | 1991
The song peaked at number 10 on the Billboard Hot 100 back in the summer of 1991 and was actually performed on Sesame Street. It's a song that definitely gets the average person smiling.

"Good Life" | One Republic | 2011
The third single from their album "Waking Up" went all the way to Number 1 on the Adult Top 40 charts in the spring of 2011, and stayed on the Adult contemporary charts for several months peaking at #2. 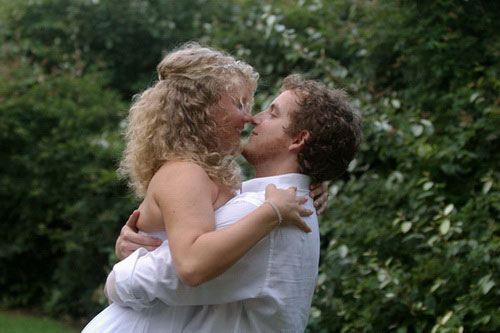 "Doo Wah Diddy Diddy" | Manfred Mann | 1964
Before he rocked us in the 70s with Manfred Mann's Earth Band (Blinded By Light), Manfred Mann had this hit in the summer of 1964. The song was written by Jeff Barry and Ellie Greenwich and would top out at #1 on the Billboard Hot 100.

"Soak Up The Sun" | Sheryl Crow | 2002
The perfect song while you "soak up the sun" at some of the Charleston area's most beautiful wedding venues. There are so many in Charleston that will allow you to catch a few rays during your cocktail hour. "Soak Up The Sun" was released in the spring of 2002 and would become a #1 song on the Adult Top 40 chart. The song also shows up my 40 Songs For The Charleston, SC Summer Soundtrack.

"Mr. Jones" | Counting Crows | 1994
Perhaps it's because I was in my college years when this song was really popular, but this song totally reminds me of a celebratory time at a Charleston wedding cocktail hour.  "Mr. Jones" was the band's first single to get radio airplay and would make it all the way to #2 on the Alternative and Mainstream Rock charts. You can find the song on their album August And Everything After.

"Sunday Morning" | Maroon 5 | 2004
The 4th single from debut record "Songs About Jane". It's got a fun and upbeat vibe for your cocktail hour. The song went all the day to Number 4 on the Adult Top 40 charts, and can be found on their album Songs About Jane.

"Walking On The Sunshine" | Katrina & The Waves | 1985
Hopefully I don't need to explain why this song would be a good fit on this Come On Get Happy cocktail hour playlist. Just take a look at the title of the song, and crank it up and begin to get happy. "Walking On Sunshine" would become a Top 10 hit in 1985 and also saw appears on my Best 80s One Hit Wonders For Weddings Playlist 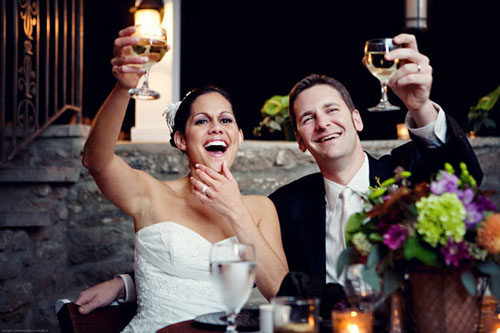 "Smile" | Uncle Kracker | 2009
Uncle Kracker had the right idea. This song was from his album in 2009 titled "Happy Hour". Now that makes me want to go pick up the rest of the CD to see how it sounds. "Smile" would spent a lot of time on the adult contemporary chart, peak at Number 3.

"Freedom" | Wham | 1985
Has it really been just about 13 months since the death of George Michael? It's still hard to believe that he is gone, but it's happy songs like this one when he was in Wham that will make us happy forever. "Freedom" would be released in the summer of 1985 and make it all the way to #3 on the Billboard Hot 100.

"Make It Happen" | Mariah Carey | 1992
Vintage Mariah Carey for the win! The 3rd track to hit the radio off her second album "Emotions" in the spring of 1992.  The song would eventually hit the Top 5 on the Billboard Hot 100.

"Happy" | Rolling Stones | 1972
An obvious choice for the "Come On Get Happy" cocktail hour for your Charleston wedding. Released in the summer of 1972 from their incredible record "Exile On Main St". "Happy" is one of the rare Rolling Stones's songs where Keith Richards sings the lead on vocals>

"Break My Stride" | Matthew Wilder | 1983
Released in the fall of 1983, it was the lead single off Wilder's album "I Don't Speak The Language". It had people hopping, skipping, and jumping all over. "Break My Stride" would make it all the way to Number 5 on the Hot 100 chart. 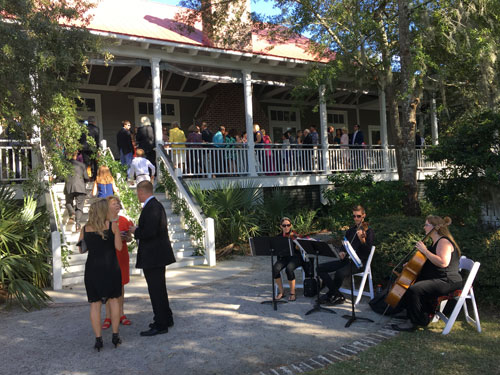 "Your Love Keeps Lifting Me Higher" | Jackie Wilson | 1967
Number 1 on the R&B charts back in the summer of '67 that came out of Chicago. The song also peaked at #6 on the Billboard Hot 100 chart. A great upbeat track to get you in a happy mood for the cocktail hour at your wedding.

"I Believe In A Thing Called Love" | The Darkness | 2003
Reaching Number 2 on the UK single chart, it was the third single from the debut album from this hard and glam rock band.

"Feel Good Inc" | Gorillaz | 2005
This was the first single off their 2005 release "Demon Days". It cracked the Top 15 in the United States and has a good upbeat vibe, which is perfect for fun during the cocktail hour at your wedding.

"One Week" | Barenaked Ladies | 1998
Coming up this September, this song will turn TWENTY years old. Yeah, I do feel old now. It went all the way to Number 1 on the Billboard Hot 100 and the Modern Rock charts.

Looking To Hire One Of The Top Wedding DJs In The Holy City?
Gosh, I am all smiles now with this playlist. I hope you are too. All of these songs were chosen to get you in a great mood for your cocktail hour and to keep that happy feeling going all night long when you and your guests get onto the dance floor. I've got some more of these playlists to upload in the next few days, but for now I need to sign off and put the finishing touches on music for a rare January wedding on Saturday. Did you engaged over the holidays and are you planning a wedding in Charleston? Click the link up above to be taken back over to my main website where you'll fill out a contact form and tell me a little more about your big day. I love to talk about music with new clients.