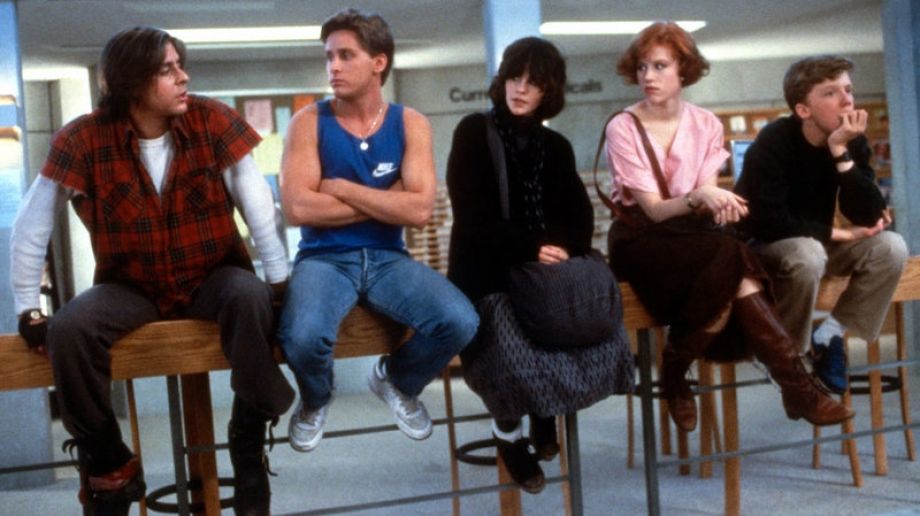 The 80s Brat Pack Cocktail Hour For Your Wedding Playlist

No matter how old you are, everyone should remember those "coming of age" movie that were a huge of 80s pop culture that featured those Brat Pack actors and actresses. You know, the lovely Molly Ringwald (who I had a crush on) ;), Emilio Estevez, and the guy who looks to not have aged at all since the 80s, Mr. Rob Lowe. We also cannot forget Demi Moore, Anthony Michael Hall, Jon Cryer, and Matthew Broderick. These movies left those that watched them with so many indelible images, and they also came with some amazing soundtracks. Mike Bills Entertainment is not only a top wedding DJ in Charleston, but one of the most experienced DJs when it comes to 80s music. So, you know that any time I have a chance to blog about more 80s music I do it and LOVE doing it. This is actually my last official blog post of 2017 and over the past 12 months I've enjoyed looking back 30 years to the 1987. As the calendar turns over to 2018, I'll begin a year-long journey back to the year 1988. Be sure to check out this blog and my Twitter feed for some of the best posts for some of the best 80s music in Charleston. If you are heading out tonight in Charleston for New Years Eve, be careful and bundle up! It's going to be very cold. Now, let's get started on your Brat Pack Cocktail hour playlist.

As I've discussed in many of my previous blog posts, it's ok to have a special themed cocktail hour like this at your Charleston wedding, just don't make it about your entire wedding because we need to get all your guests out on the dance floor.  Some of the songs selected for this post could actually be used for a few slow dances (if you desire) during the evening.

Charleston Wedding DJ Mike Bills Has This Playlist Available on Spotify NOW
Are you a modern bride or groom who is a big fan of those "coming of age" movies of the 80s? If so, you've come to the right place. Those 80s movies produced by the late John Hughes are truly iconic. There's no reason why you couldn't play some of the songs from those movies during the cocktail hour at your wedding.  Al you need to do is head over to Spotify and do a quick search for DJ Mike Bills. Once you hit my Spotify profile, you'll also see lots and lots of other wedding playlists designed to give you inspiration when creating your playlist.

"Don't You Forget About Me" | Simple Minds
There actually is a 12 inch single of this song I've been trying to locate. It's a great song that you actually don't really hear until the end of the movie when the letter is being read. The song went all the way to Number 1 in 1985 due to the success of The Breakfast Club, which starred the lovely Molly Ringwald in it. Did I mention I had a crush on her? Like mostly all young boys back in the 80s did.

"Love Theme From St. Elmos Fire" | David Foster
This was the love them from one of the most popular Brat Pack movies, "St Elmos Fire", starring Rob Lowe, Judd Nelson, Ally Sheedy, and Demi Moore just to name a few. If you are really into it, it's a song we could throw on as a slow dance. Beautiful song.

"Man In Motion" | John Parr
Another great track off the St. Elmos Fire soundtrack. And actually as I am listening to it as I write this post, this song has enough energy to possibly be used for your "Bridal Party Introduction" if you wanted to go down the 80s route. Most people think John Parr is a one-hit wonder but he did have a hit in 1984 called "Naughty Naughty". "Man In Motion" was released in the summer of 1985 and would peak at #1 on the Hot 100 chart.

"If You Were Here" | The Thompson Twins
Ah yes, it's a scene that's etched in my mind. Samantha Baker (Molly Ringwald) is getting ready to go to her sister's wedding reception and all of a sudden Jake Ryan (Michael Schoeffling) pulls up in a shiny red Porsche to ask her out. It was the perfect ending to a movie that each of those characters thinking about one another. It was pretty awesome to see them finally get together. "If You Were Here" was never released as a single, but would be used at the very end of Sixteen Candles.

"Nothing's Gonna Stop Us Now" | Starship
"Mannequin" was a romantic comedy movie that came out in 1987 that starred Andrew McCarthy and Kim Cattrall where Jonathan (Andrew McCarthy) get a job at a department store and falls in love with a mannequin. Yeah, I know what you are saying, it sounds pretty stupid. But, this is a cool song that should be on your Brat Pack Cocktail Hour playlist. Released at the end of January in 1987, "Nothing's Gonna Stop Us Now" reached #1 on the Billboard Hot 100 on the 4th of April in 1987.

"Footloose" | Kenny Loggins
When you are Kevin Bacon and move into a small town, where there's a preacher who wants to ban rock music and dancing, and you fall in love with that preacher's daughter, you get the iconic movie "Footloose". This song is definitely a great floor filler even if you aren't doing a Brat Pack Cocktail Hour. And if you must know how the movie ends, there is a lot of dancing. "Footloose" remains in heavy rotation on a lot of my wedding playists in Charleston. The song was released back in January 1984 and would become a signature song by Kenny Loggins, spending 3 weeks at #1 on the Hot 100 chart.

"Almost Paradise" | Mike Reno & Ann Wilson
This is the love theme from the Footloose soundtrack that the lead singer of Loverboy, Mike Reno and the incredible voice of Ann Wilson, who is half of the band Heart. It's a beautiful ballad that could also be thrown in as a slow dance later in the night. "Almost Paradise" was released in the spring of 1984 and would peak at #1 on the adult contemporary chart, and #7 on the Billboard Hot 100.

"Somebody's Baby" | Fast Times At Ridgemont High
This early 80s coming of age movie starred Sean Penn, Judge Reinhold, and Jennifer Jason Leigh, and explored all the fun and games at Ridgemont High School.  Watch the video down below to see just how much these kids had while in high school. "Somebody's Baby" was released in the summer of 1982 and would break into the Top 10 on the Mainstream Rock chart.

"Oh Yeah" | Yello
One of the most popular songs from an 80s movie where there are actually no lyrics, just "Oh Yeah". This song actually has shown up by request for the garter toss too, if that's something you are interested in doing for your upcoming Charleston wedding. While the song did not chart into the Top 40 on any of Billboard's charts, it remains a big favorite among 80s movie fans.

"Pretty In Pink" | Psychadelic Furs
Originally recorded and released in 1981, the song was featured on the Pretty In Pink and would narrowly miss the Top 40 by peaking at #41. The song would, however peak at #17 on the UK chart.

"In Your Eyes" | Peter Gabriel
Who could possibly forget what was probably the single most romantic scene of any 80s movie? It's when Lloyd Doebler holds his boom box up in the air so his girlfriend can hear it, and of course the song playing is Peter Gabriel's "In Your Eyes". "In Your Eyes" is also on my list of Best 80s First Dance Songs too.

Care To See If Mike Bills Is Available To Be Your Wedding DJ?
And there are actually many more songs to this list, but you know what, it's New Years Eve, and its time to get ready for the official ending of 2017. What a great year its been in so many ways! I am greatly looking to kicking off 2018 with a bang. I really appreciate you finding my website and blog online and appreciate your support in 2017. There are some incredible things planned in 2018 and I cannot wait to show them to you. Click the link up above to set up a time to talk to Mike about your upcoming wedding. I am available by Skype or Facetime for those clients that are planning a destination wedding. I would love to be your DJ.