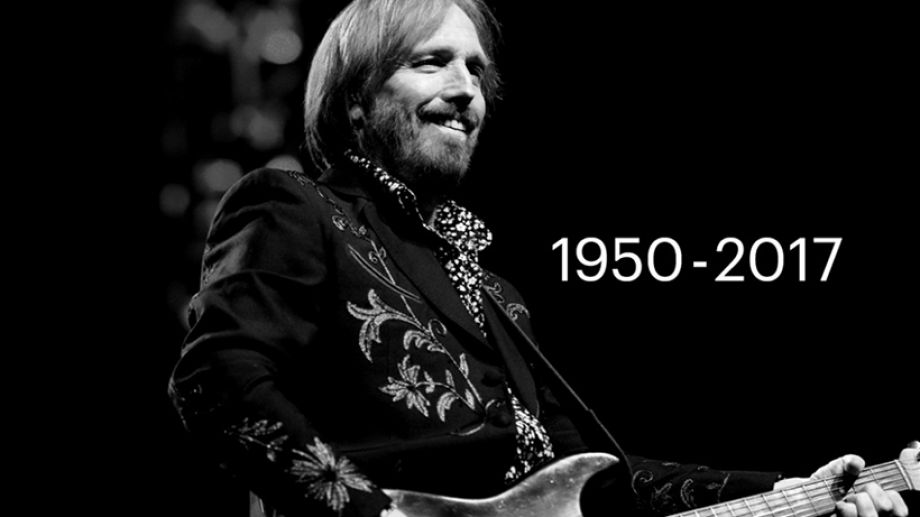 If you are a music connoiseur like I am, you probably know that the past 24 months have been extremely difficult in terms of the passing of many iconic musicians. From David Bowie to Glenn Frey to Prince and George Michael, and so many more, the loss has been truly great in the world of music. And now, as we extend our thoughts and prayers to the people of the great city of Las Vegas after their horrific tragedy, another American icon in the world of music has left us way too soon. Tom Petty passed away on October 2,2017 in Los Angeles, just 18 days shy of his 67th birthday. His family and bandmates were by his side. He had just wrapped up his 40th anniversary tour with his legendary band the Heartbreakers. His influence is VERY far reaching. John Mayer tweeted. "I loved Tom Petty and I covered his songs because I wanted to know what it felt like to fly. "you belong somewhere you feel free".

Tom Petty has shown up on so many Charleston wedding playlists over the years, most recently just about 2 weeks ago at Katie & Paul's wonderful wedding reception at the Francis Marion Hotel inside the Gold Ballroom. "American Girl", with it's 114 BPM saw some excitement from the crowd, but it's not just that song. There have been lots and lots of other Tom Petty songs that have been added into cocktail hours and playlists setting the mood with his unique sound and vibe to any Charleston wedding. Be sure to increase the volume in your headphones or your speakers as you read over this post. We'll continue to mourn the loss of this legendary musician and please be sure to jot some of these songs down as you plan the music for your upcoming Charleston wedding.

Download These Most Requested Tom Petty Songs For Your Wedding Playlist From Spotify NOW
If you've made it this far on this post, you must be a Tom Petty fan.  If you are a modern bride or groom and are into streaming your music, I'd love to invite you over to my Spotify profile. Not only will you find this playlist of some of the most requested Tom Petty songs, but you'll also find a wide variety of wedding playlists designed to provide inspiration when creating your wedding playlist. Just head over to Spotify, then search for DJ Mike Bills.

"American Girl" | 1977
The second single from the Tom Petty & The Heartbreakers first album did not appear on the charts in the United States, but peaked at #40 in England in the summer of 1977. "American Girl" became one of the many signature songs in the great career of Tom Petty. The song still shows up on a lot of wedding playlists, and is requested, by you guessed it, "girls".

"Listen To Her Heart" | 1978
Released at the end of August 1978, this song appeared on the album "You're Gonna Get It" and was said to be about Ike Turner hitting on Tom Petty's wife.

"Don't Do Me Like That" | 1979
It was the fall of 1979 when this classic rock radio staple was released to the airwaves, hitting the Top 10."Don't Do Me Like That" can be found on the album Damn The Torpedoes and would become the very first Top 10 hit for Tom Petty & The Heartbreakers. Damn The Torpedoes would spark four songs that would get heavy rotation on classic rock radio stations.

"Free Fallin" | 1989
Back in 1989, Tom Petty released his first solo album and this was the first single to be released.  In my opinion, it became one of his signature songs. If you haven't checked it out, look up John Mayer's cover. It is pretty incredible. "Free Fallin" would peak at #1 on the Billboard Hot 100, but reach #1 on the Mainstream Rock Tracks chart. "Free Fallin" is probably one of the most requested Tom Petty songs by my clients. Are you a bride or groom who is really big into the 80s and need a playlist of the best 80s songs, click this link.

"The Waiting" | 1981
Tom Petty & The Heartbreakers were starting the 80s with more great music. "The Waiting" was the first single to hit radio in the spring of 1981 from the album Hard Promises.  The song would break into the Top 20 on the Billboard Hot 100, and would peak at #1 on the Billboard Top Tracks chart.

"Here Comes My Girl" | 1980
Another great track of the album "Damn The Torpedoes" and released in the spring of 1980. The song was the 3rd track to be released off the record and ended up being the lowest charting song off this record peaking at #59 on the Billboard charts.

"Mary Jane's Last Dance" | 1993
Tom Petty & The Heartbreakers got back together in the early 1990s and recorded this song to be released on a greatest hits album around Christmas Day 1993. It was number 1 on the Album Rock charts for 2 weeks.

"Runnin Down A Dream" | 1989
"Runnin's Down A Dream" was the second song to be released to radio off the album Full Moon Fever. The song was released back in July of 1989 and would peak at #1 on the Billboard Album Rock tracks chart . "Runnin' Down A Dream is still in heavy rotation on classic rock stations all over America.

"You Got Lucky" | 1982
You might recall this song in the rotation of early MTV as it was released in the fall of 1982. It was the first song to be released from his album "Long After Dark". The song made it all the way to #20 on the Hot 100, and #1 on the Billboard Top tracks chart.

"Wildflowers" | 1994
The title track to his second solo album is a very popular song that I have played at my weddings when the groom dances with his mom. While the song was never released as a single, "Wildflowers" is also a very popular choice for the father / daughter dance for a lot of my clients.

"Learning To Fly" | 1991
The first single from his bands 1991 release "Into The Great Wide Open". The song was released back in the summer of 1991 and would go  all the way to Number 1 on the mainstream rock charts. For more information on some of the best music of 1991 for wedding playlists, be sure to check out the preceding link.

"Handle With Care" (Traveling Wilburys) | 1988
One of the most talented super groups ever that featured Tom Petty, George Harrison, Bob Dylan, Roy Orbison, and Jeff Lynne.  This song was released 2 months before the death of Roy Orbison in the fall of 1988. It was their highest charting song reaching number 2 on the rock charts.   Their second single "End Of The Line" would be released in early 1989 and would feature an empty rocking chair with a guitar for the late Roy Orbison.

"Into The Great Wide Open" | 1991
The title track to Tom Petty & The Heartbreakers eighth album, which featured Johnny Depp in the music video. Into The Great Wide Open would be the 8th record to be released by Tom Petty & The Heartbreakers. The album was officially released in July of 1991 with the title track. The song would peak at Number 4 on the Billboard Album Rock charts,

Wanna Save Your Wedding Date With One Of The Best Wedding DJs In Charleston?
Thank you so very much for making it to the end of another one of my blog posts. It means a lot because it's been my goal to always produce some of the best content for my clients. We won't be getting over the loss of Tom Petty anytime soon. His music will live on forever. Music has incredible power in that when we hear certain songs, we are transported back to when we first heard it. When I hear "Free Fallin", I time warp back to the middle of my 10th grade year in high school. It's so amazing the power of music. That same power can be transferred over to your wedding playlist too. As a professional wedding DJ that specializes in "music", talking about music with prospective brides and grooms is something I really enjoy doing.  These blog posts are to be a journey into my musical world and I hope you enjoy them. If you are looking  for a DJ whose sole focus is on the flawless execution of weddings, please click the link up above to be taken back over to my main website to fill out a contact form. I would love to be your wedding DJ and look forward to speaking with you about your big day in the Holy City.