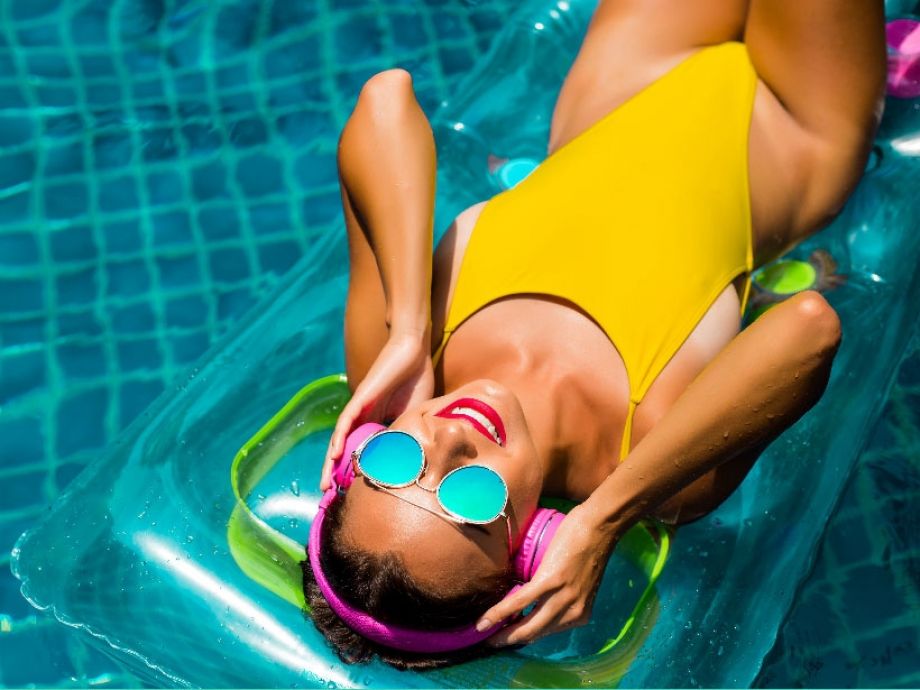 The middle of the summer is upon us here in Charleston, and we've definitely moved into those dog days of summer with temperatures in the 90s with high humidity and those afternoon and evening thunderstorms. The humidity is actually so high that my glasses fog up right after I go outside. I love the heat, but this summer of 2020 is unlike one we've ever seen, and has been anything but normal here in Charleston. When it comes to summer weddings in the Lowcountry, brides and grooms normally are trying to avoid those summer showers and thunderstorms. And perhaps if they do get a little bit of rain on their wedding day, they'll see as the good luck that it is and laugh it off and maybe go and dance in it for good luck. Click back for Songs About Rain On Your Wedding Day But this year modern brides and grooms are trying to avoid getting sick from the COVID-19 pandemic.  COVID-19 cases have continued to steadily rise during the months of June and July, and for the first time in the history of my company, I had a bride and grooms cancel their wedding.

They say there is a first time for everything, but this is a "first" I never thought I would ever see, and have not looked forward to ever seeing.  This particular bride and groom had originally had an early May date on the calendar, but was able to successfully move their date just three short months in advance (in August). Back in May, most all of us wedding vendors looked in the future to August as a safer alternative, but little did we know that things would get worse as the summer kicked into high gear. And now, in the middle of the summer, it appears that COVID-19 likes the heat and humidity of Charleston, SC. While weddings continue to be postponed or cancelled, it remains to be seen whether or not that modern brides and grooms will opt to NOT postpone a second or third time.  While I've written in the past that brides and grooms should postpone, but not cancel their wedding due to COVID-19, I can completely understand why cancellations are going to rise. It saddens me to say this, but I never thought in a million years that I would ever have any fears of doing something that I have found such joy in for years; DJing weddings.  Since March, I've had the luxury of working from home and have had very little interaction with any large crowds.  As cases started to spike, I began to get nervous and began to completely understand the fears that brides and grooms are having now and will for some time in the future.  It depends on who you ask, but it's my personal belief that the wedding industry may not see complete normalcy until 2022.  Tremendous uncertainty continues to exist for future events and until there is some type of major decrease in cases, and a possible vaccine, I think the wedding industry is stuck in a bit of a tailspin. My fingers are crossed that things begin to look a little more positive this fall as we edge toward 2021. But I digress, it's been my belief even as this pandemic was getting started that it will be the music that gets us through the rough patches. I even created my version of a COVID19 Pandemic Playlist, that you should check out on my Spotify.

New Music For Modern Wedding Playlists
Over the past few months, I've been listening to some of the coolest adult alternative stations like The Bridge At 105.5 here in Charleston, as well as WTTS out of Indianapolis and have heard quite a few wedding-worthy songs that could very well be added into the playlist of the modern bride and groom. I'm always on the lookout for fresh and new ideas to make weddings more interesting, because close to 100% of my clients come to me with the goal of NOT wanting their wedding to sound like the other 15 weddings they've been to over the past few years.

Download These New Songs From My Spotify Profile NOW
You probably discover a lot of your favorite, new music on Spotify or some other streaming service. Earlier this year, I made the decision to migrate all of my published posts over to Spotify to help my current and future clients with putting together their wedding playlists. Just head over to Spotify now and search for my profile DJ Mike Bills.

"I Got You" | Michael Franti & Spearhead
Back at the beginning of 2018, I put together a Come On Get Happy Cocktail Hour that was comprised of upbeat and happy songs. I might need to add this latest single from Michael Franti & Spearhead into that playlist. "I Got You" broke into the Top 20 on the AAA charts, and can be found on his latest album Work Hard Be Nice. Take a listen to this song and I promise if you are feeling down, you'll be smiling soon.

"I Wanna Be The One" | Pete Yorn
New Jersey native Pete Yorn released the album Caretakers in the latter part of 2019. "I Wanna Be The One" was the second single to be released and hit radio back in the spring. If you watch the video for the song, it shows Pete Yorn with his little girl, but when I heard the song a few times, it screamed WEDDING. Take a listen and tell me what you think.

"Honeybee" | The Head & The Heart
The Head & The Heart are one of my favorite bands of the Indie genre.  I've been a big fan since the release of Let's Be Still in 2013.  One of the posts on my blog that is constantly trending is my selections for Top Indie First Dance Songs. "Honeybee" may just need to be added into this playlist. Take a listen for yourself and if you are fan of Indie music, be sure to click over to that trending post on Indie First Dance songs.

"The Man Who Loves You The Most" | Zac Brown Band
Immediately when I heard this song, I thought about the father / daughter dance song. And when you are planning the music for your wedding reception, you must know that father / daughter dance is one of the most special moments of a bride's entire day. This title track to the new Zac Brown Band album was released in June 2020.

"Don't Let Me Down" | Milky Chance & Jack Johnson
What do you get when combine a German folk band with Jack Johnson? You get a cool, new song with a chill vibe that might be perfect for your wedding cocktail hour.  At the time of this post, "Don't Let Me Down" had peaked at #1 on the U.S Adult Alternative Songs chart.

"Your Love" | Glass Animals
Glass Animals were formed back in 2010 in England. Their brand of music is a psychadelic pop and Indie electronic.  "Your Love" has received a lot of airplay on alternative stations and can be found on their soon-to-be released album Dreamland on August 7, 2020. At the time of this post, "Your Love" had peaked at #7 on the U.S Alternative chart.

"Lay Your Head On Me" | Marcus Mumford & Major Lazer
Back around late March / early April of this year, Major Lazer would debut and would become a catchy song, and one that might be perfect cocktail. Numerous remixes of the song can be found on Spotify as well.

"Hell N Back" | Bakar
Back in 2019, Bakar would release his album Will You Be My Yellow, which featured this really catchy song that I should add into one of my cocktail hour playlists. "Hell N Back" would peak at #1 on the AAA charts in the U.S after 27 weeks on the chart.

"Fire" | Black Pumas
The Black Pumas are a psychedlic soul band originating from one of the music meccas of America; Austin, Texas. Their single "Fire" was released earlier this year and at the time of this post was sitting at #3 on the AAA chart.

"Adore You" | Harry Styles
"Adore You" was released at the end of 2019 and would debut on the Hot 100 at #35 and peak at #6, before moving over to the Adult Contemporary charts and also peaking at #6.

"I'm Alive" | Norah Jones
Norah Jones released the 7th album of her career back in June of 2020. In advance of the release of Pick Me Up From The Floor, "I'm Alive" would be the first single to be released.

"Cardigan' | Taylor Swift
In the midst of the COVID-19 pandemic, Taylor Swift put together a surprise album for her fans and it was released in July of 2020. The album is a definite departure from her pop sound of the past several years.

Ready To Speak To Mike Bills About Being Your Wedding DJ?
Hope you enjoyed this brief glimpse at some of the new music that could be wedding-worthy for your very special day. As a professional wedding DJ, I've got my ear out there looking for new music to make the modern bride and grooms playlist a little more diverse than the normal mundane playlists of the past several years. Just remember that is YOUR wedding day, so the music should be about YOU, not a DJ's personal collection. The number 1 reason I've achieved success as a wedding DJ is because of the focus I place on my contacts in making sure the music they hear at their wedding reception is all about them. I'd like to thank you for making it all the way to the end of this blog post. I'd love to speak with you about your upcoming wedding reception and to see if we are actually a good match. Click the link up above to be taken over to my contact form so that you can fill out a few of the details about your special day. For more information on putting together the perfect playlist, click some of the links down below.