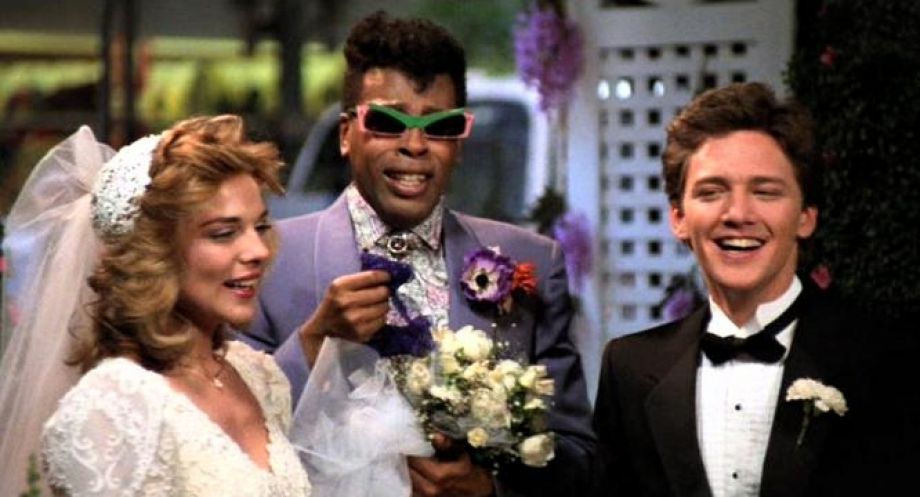 If you've read over a lot of my blog posts, you know that I really like to mix it up. You might also know that I used to host numerous 80s request shows on the radio here in Charleston and love 80s music. Do you love 80s music? It certainly is being overshadowed right now by a wave of 90s nostalgia, so what better place to bring the 80s back thna on my blog. Charleston weddings sound excellent with an 80s vibe and some of your favorite 80s tracks. I think we'll do something like this each and every Throwback Thursday. It's really hard to think about DJing a wedding or event without sprinkling the 80s in. Enough talk though right now. Buckle up, let's now take a time warp back 30 years ago to April 6, 1987. What were we listening to? What was the number 1 song in America?

Ronald Reagan was President of The United States. The Soviet Union was still the Soviet Union. On "Thursday" nights we were all going to that place where everyone knows your name, "Cheers". Denim jackets and acid-washed jeans were the norm, especially as the hair metal movement took effect continued to grow in the mid to latter part of the 80s. Since there were no You Tubes or ITunes, we were still going to record stores and buying albums and cassettes and CDs were beginning to get more popular too. We were watching MTV for our favorite bands as they continued to release their music with the backdrop of pricy music videos that left indelible images in our minds about the 80s.  I know back in the 80s, while on family vacations, we'd always have the radio on and catch the late Casey Kasem's American Top 40. So, here we go.

"Lean On Me" | Club Nouveau
This cover of the Bill Withers classic would make any Charleston wedding reception jump. Get your DJ to put this on your wedding playlist. You might even throw this on during your cocktail hour.

"I Knew You Were Waiting For Me" | Aretha Franklin & George Michael
It would be his first hit after the break up of Wham. George Michael's collaboration with the queen of soul would be just the beginning of an epic solo career. After this, he'd release "Faith"

"Don't Dream It's Over" | Crowded House
This was the biggest hit for the band whose members had been in Split Enz in the late 70s and early 80s. One of my favorites from this band is the follow-up to this track "Something So Strong"

"Come Go With Me" | Expose
Freestyle was huge back in the 80s and these lovely ladies from Miami released a string of danceable tracks from 1984 through the mid 90s.

"Sign O' The Times" | Prince
The title track from the 1987 release, also available in 12 inch. One of my favorite tracks from the album is actually the song "U Got The Look" featuring the lovely Sheena Easton.

"Midnight Blue" | Lou Gramm
The great lead singer from Foreigner broke out on his own with a solo project and produced this great song.

"Let's Go" | Wang Chung
The follow-up to their mega-hit "Everybody Have Fun Tonight" was just as awesome and fun. But if you really like both, I can add both of these great 80s songs to your wedding playlist.

"The Finer Things" | Steve Winwood
It would not be the 80s without artists like Steve Winwood. If you were listening the radio back in the 80s, you could not listen without hearing this guy.

Wanna Speak To Mike Bills About Your Wedding DJ?

So there you have it, the Top 10 songs on this day, 30 years ago in 1987. Perhaps this short list will jog your memory about adding more 80s songs to your wedding playlist.  The 80s were a fun decade when it comes to music and that is exactly what your wedding should be. Fun. A fun wedding begins with hiring the right DJ. If you are liking what you are reading on this blog and are to sit down with a true professional wedding DJ who will keep the focus on the bride and groom always, then click the link up above to be taken over to my contact form so that you can fill out some of the fine details about your big day. I look forward to sitting down with you about your upcoming wedding.