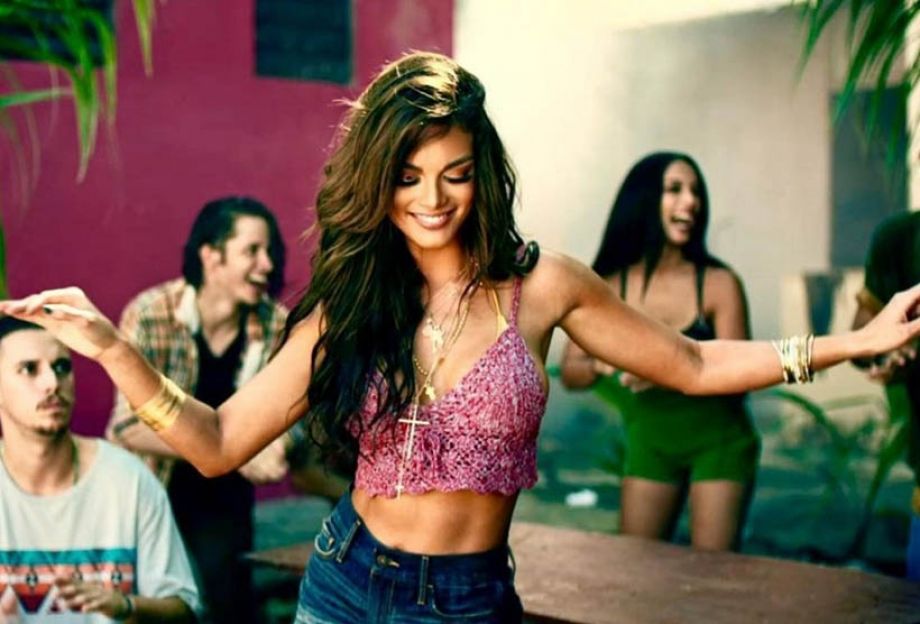 Despacito The Song Of Summer 2017 For Charleston Weddings

Here we are now in the latter part of August and if you stand on your tiptoes, you can see the Labor Day weekend right around the corner, which of course is the unofficial ending of the summer season.  And when Labor Day passes, cooler weather is generally not too far behind. I've been enjoying some downtime through out the month of August and are now preparing for the upcoming Fall wedding season here in Charleston. I'm looking forward to some shorter days and cooler temperatures in the coming weeks. I wanted to share with you an absolutely excellent video making the rounds on Facebook that has gone viral having received over 60 million views at last check.  The video shows the song of each summer for the past 60 years, spanning from 1958 - 2017. As a professional wedding DJ, we're always looking out for what "the song" of the summer might be and "Despacito" was definitely that song and has set the record for the most streamed song of all time. But as I write this blog post for you, people are still digesting the eagerly anticipated new single from Taylor Swift's forthcoming album "Reputation". The album will not be officially released until November 10th, but the opening single "Look What You Made Me Do" just broke a You Tube record. It was posted late on Thursday night (August 24th) and received over 19 million views within a 24 hour period. "Reputation" the much anticpated follow-up to her mega-selling "19989", which was released nearly 3 years ago.

In the meantime, enjoy this You Tube down below and reminisce about summers of the past. From "Hot In Herre" by Nelly in the summer of 2002 to "Cheerleader" by OMI in the more recent summer of 2015, then back to 1965 with the Rolling Stones "Satisfaction", this is a list that will allow you to time travel for sure. I encourage you to take some notes as you watch over this because a lot of these songs get added to playlists and are played by many DJs at Charleston weddings. Mike Bills Entertainment is a professional wedding DJ based in the Charleston, SC area with a laser focus on producing the best mix of music for you and your fiance for the single most important day of your life. With my sole focus on the music, I am determined to make the music for your wedding day a memorable soundtrack and one that will be remembered for many years to come.  If you are recently engaged and are looking to talk music, let's get together soon! After watching the video, check out some notes from the past 10 years of Songs Of The Summer

2017
"Despacito" was released by Universal Music Latin and reached 1 billion views on You Tube in a little over 3 months on April 20, 2017 and became the first song in Spanish to hit Number 1 on the Billboard charts since another song on this list in the summer of 1996 "Macarena".

2016
"One Dance" by Drake along with WizKid and Kyla took the summer of 2016 by storm and Billboard proclaimed it the song of Summer 2016 back on September 7, 2016.  It's definitely shown up on plenty of wedding playlists around Charleston this year, especially over at the Carriage House at Magnolia Plantation.

2015
"Cheerleader" by Jamaican singer OMI was actually released in 2014 and achieved major success in 2015 by going Number 1 in 20 countries, and a remix was created by German DJ Felix Jaehn that sounds so good at weddings all around Charleston, especially over at Seabrook Island.

2014
"Fancy" was the biggest song of the summer of 2014 on Spotify and also Vevo.  Iggy Azalea, who is from Australia teamed up with Charli XCX for this instant classic.  I have seen brides and their bridesmaids love to dance to this song. You might add it your playlist for your wedding over at the Creek Club at Ion.

2013
"Blurred Lines" by Robin Thicke along with TI and Pharrell Williams has become one of the more "recurrent" songs to show up on many wedding playlists all over Charleston since it was released in the spring of 2013 and became the summer anthem that year. "Recurrent" means it;s a song that has peaked on the Billboard charts but still had the fanfare and catchiness to remain as a request.

2012
"Call Me Maybe" has become another great recurrent song that continues to show up in so many wedding playlists all around Charleston weddings.  Jepsen became the first Canadian female to reach Number 1 since Avril Lavigne.

2011
"Party Rock Anthem" by LMFAO with Lauren Bennett and Goonrock. It became the best selling single in Australia ever and had nearly 10 million digital downloads alone in 2011.  It's the fifth most successful song of all title as proclaimed by Billboard.

2010
"California Gurls" by Katy Perry defined the summer of 2010. Perry teams up with Snoop Dog on this track and Billboard named it Number 1 on a special countdown of the 30 Summer Songs of All Time.

2009
"I Gotta Feeling" is another one of those "recurrent" songs. Are you seeing a pattern with this list? :)  Produced by the great DJ David Guetta, it became the most downloaded song on ITunes in February of 2010. It definitely was filling the floor back in the summer of 2009 and continues to get the party started even in 2017.

2008
"I Kissed A Girl" by Katy Perry was an infectious song heard all over the dance floors at Charleston weddings during the hot summer of 2008.  It was an instant hit and put Katy Perry in everyone's minds and music collections and kicked off her career.

2007
"Umbrella" by Rihanna was one of the best selling singles of 2007 and was originally written by Britney Spears.

I had to stop there. :) I had to get back to planning playlists for my upcoming fall weddings. Wasn't that an awesomely produced video? Did you find yourself writing down a lot of those songs to be added into your Charleston wedding playlist? I am not surprised, as there are some definite winners on that list. Are you just recently engaged and feel a little overwhelmed? Have you just booked your venue and not sure what to do next? Are you interested in making the entertainment one of the more important aspects of your most special day. If you answered YES, then I am very interested in talking with you. Click HERE to tell me a little more about your special day. I absolutely love talking with newly engaged couples about music.