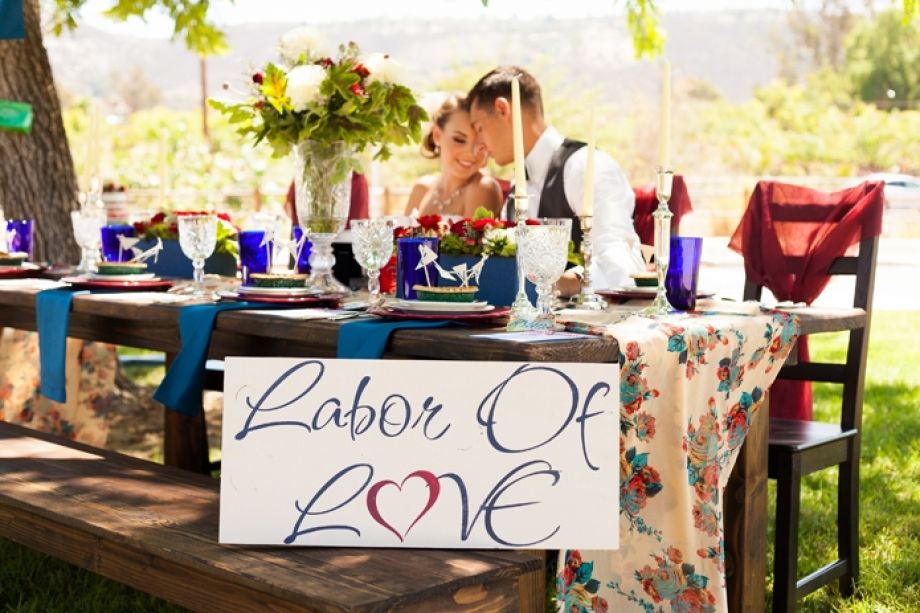 Here we are at the unofficial end of the summer of 2017. I sure hope it's been an incredibly great summer for you. It's been another incredible summer season of weddings in Charleston and as I'm in the midst of another Labor Day weekend, I am beginning to get ready for the upcoming Fall wedding rush in Charleston. In previous blog posts, I've talked about the longevity of "Despacito" and it's stake on being the song of Summer 2017 (especially on the dance floors of Charleston weddings), and it remains at the top of the Billboard Hot 100 on this Labor Day weekend. "Despacito" is a Spanish word meaning "slowly", but it's rise to fame on the dance floors at Charleston weddings has been anything but slow. It's video reached 3 billion views on You Tube in just a little over 6 months after its debut. Justin Bieber had been travelling in Colombia back in the spring and he had heard the song in a club and it wasn't too long after that Erika Ender and Luis Fonsi received a call from the pop star about cutting a remix. The Labor Day weekend means just a few more beach days for brides and grooms in Charleston, and my calendar is booking up now with in-person consultations for my upcoming Fall wedding season. This means some definite playlist creation and music gathering sessions on the horizon. I love meeting with my clients to discuss music. You should always meet with your wedidng DJ for an increase in peace of mind as your big day arrives.

But let's get back to the music, as Despacito remains atop the Billboard Hot 100 on Labor Day weekend 2017, I was curious as to what was burning up the music charts over past Labor Day weekends. In this blog post, we'll relive past Labor Day weeeknds. You'll be interested to see what was Number 1 as we ended past summers. We'll go back a year ago, and then in 5 year increments back 50 years to 1967. Enjoy this time warp and I'll be back with you later this week.

2017
"Despacito" | Luis Fonsi featuring Daddy Yankee
This version above is literally on fire. At 3.5 billion views, it's the most viewed You Tube ever. The version with Justin Bieber has over a half billion views.

2012
"We're Never Getting Back Together Again" | Taylor Swift
Released back on August 13, 2012, this song skyrocketed to number 1 by Labor Day Weekend 2012. It's hard to believe it's been 5 short years since Taylor Swift's first number 1 on the Hot 100. Probably not a wedding friendly song though, plus if you've heard her most recent release, she'll tell that the Taylor Swift in this video is dead.

2007
"Beautiful Girls" | Sean Kingston
A decade ago on Labor Day weekend it was a catchy reggae infused track that sampled a very popular wedding song by the great Ben E. King. (Stand By Me). Take a listen to the video and you'll see Lil Mama as well.  Released around Memorial Day 2007, it became one of those distinct sounds of Charleston weddings throughout the summer of 2007.

2002
"Dilemma" | Nelly Featuring Kelly Rowland
One of the many singles to be release don the radio from this rapper, it became one of the big sounds of summer 15 years ago in 2002.  Nellyville hit number 1 on the Billboard charts and also featured another popular wedding recurring track "Hot In Herre"

1997
"Mo Money Mo Problems" | Notorious BIG
Even by the summer, we were all still mourning the loss of Biggie back in March of 1997.  Released in the summer of 1997 from his album "Life After Death", this song soared up the charts to number 1 by Labor Day weekend 1997.  The song also features Sean "Puff Daddy" Combs, and samples the classic Diana Ross song "I'm Coming Out"

1992
"End Of The Road" | Boys II Men
Boys II Men and their harmonies were the pride of Philadelphia and in the summer of 1992, they knocked it out of the park with this song for the "Boomerang" soundtrack.  From August 15 into the first week of November of 1992, it stayed the number 1 song on the Hot 100.  It was record of 13 consecutive weeks at that time.  Listening to it now, it would be a great slow R&B jam for any Charleston wedding.

1987
"La Bamba" | Los Lobos
The summer of 1987 would loom large for classic music. Back in July, "La Bamba" was released starring Lou Diamond Phillips, which depicted the life of the late Ritchie Valens, and then in August of 1987, we'd see the release of Dirty Dancing, which featured a soundtrack that brought back a lot of music from the 50s and 60s to the forefront once again.

1982
"Abracadabra" | Steve Miller Band
Hitting the radio in the middle of the spring 1982, this song rose to the top of the charts 35 years ago on Labor Day weekend 1982.  It's definitely a song that has shown up on Charleston wedding playlists, along with his 70s smash hit "The Joker"

1977
"Best Of My Love" | The Emotions
This song dropped on the radio in June of 1977 and by Labor Day weekend it would top the charts and spend 5 weeks there. This just goes to show the popularity of disco during 1977.

1972
"Alone Again (Naturally)" | Gilbert O'Sullivan
Who would have thought that a song about being alone would hit the top of the charts for 6 straight weeks back around Labor Day weekend 1972?  It also would hit the top spot on the easy listening charts too.

1967
"Ode to Billie Joe" | Bobbie Gentry
The summer of love was well underway when this song debuted on American radio stations in July 1967. By the end of the summer, it became the number one song in America, and the number 3 overall song for 1967.  Sinead O'Connor and Paula Cole would also cover this song.

Care To Speak To Mike Bills About Being Your Wedding DJ?
I hope you enjoyed this brief trip back in time at past Labor Day weekends. There will definitely more to come! The biggest aim of my blog is to inspire brides and grooms about music in Charleston and all over the country who are thinking about getting married in the Holy City.   If you are just hitting my website for the first time, Welcome! You are on the Charleston wedding blog of a DJ totally passionate about the music as all DJs should be. I would very much love to talk to you about the music for your upcoming wedding in Charleston. Feel free to click the link up above to fill out a contact form with a few of the details of your wedding day. I look forward to speaking with you about your special day!