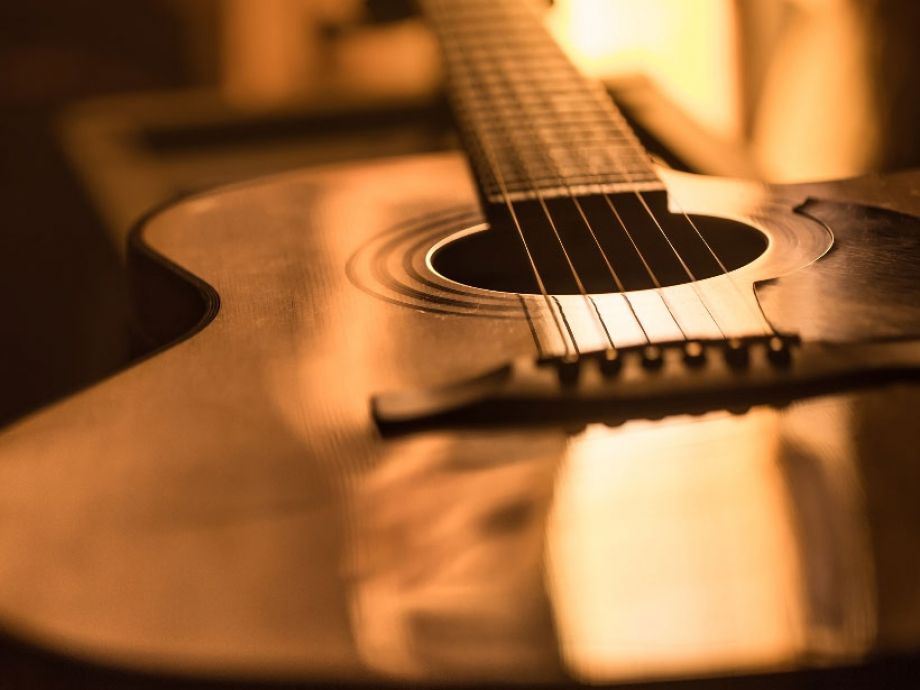 With the recent passing of John Prine, I've found myself exploring and listening to a lot of music from the Americana genre over the past several weeks.   Music from the Americana genre has a sound all it's own that marries folk, country, R&B, and rock & roll together.  Formed in 1999, the Americana Music Association defines Americana as a combination of different styles including country, roots-rock, folk, bluegrass, R&B.  Some people call it "alternative country".  I've never been a huge country fan but you can put the music of Chris Stapleton and Kacey Musgraves into the Americana category. If I were to program a radio station that was of the Americana format, I'd play Kacey Musgraves, followed up by an Avett Brothers song, followed by Brandi Carlisle, as well as Chris Stapleton. All of their music has the potential to create the perfect vibe for great ambiance while you and your guests socialize for your cocktail hour. For more information on other ideas for how to plan your music for your cocktail hour, feel free to click over to the preceding link.

In putting together this selection for an Americana / Folk Music cocktail hour for your wedding, I've managed to use some of the vast musical knowledge I acquired while I worked in classic rock radio. Some of the artists you'll see on this playlist used to be played on the radio but could possibly have rotated off, but you can get them right here now on this blog. Feel free to check out Theron & Krysten's real wedding playlist, which featured a bluegrass cocktail hour playlist over at the Pavillion At Pepper Plantation in 2013.

Download This Americana Music Cocktail Hour Playlist From Spotify NOW
Through the course of 2020, I've managed to continue to move all of the playlists you find on this blog over to my Spotify profile. I did this because of a lot of the modern brides and grooms who were coming to me came to their client meetings with the Spotify app installed on their phone and a list of songs that they would like to hear at their wedding. My Spotify profile was designed to provide inspiration to the couple who needed a little help at selecting the music for their wedding playlist. Just head over to Spotify right now and search for DJ Mike Bills.

"Moonshiner" | Uncle Tupelo
"Moonshiner" has it origins back to the 1930s. The song was also recorded by the great Bob Dylan in 1963. Illinois-based Uncle Tupelo would  record their version on their album March 15-20, 1992, which was released back in the summer of 1992.

"The Promise" | Sturgill Simpson
Back in the 80s, When In Rome would record and release "The Promise", and they'd more or less become a one-hit wonder. Sturgill Simpson put his stamp on this classic 80s love song in 2014.  I actually got to play the original version of "The Promise" earlier in March 2020 for one of my client's Ripley & Alaina, who got married before COVID 19 at Alhambra Hall in Mt. Pleasant.

"Harvest Moon" | Neil Young
I've actually DJ'ed many weddings before that have had this on the playlist for the evening. It's a great chill song for a nice slow dance as well. Released in the fall of 1992, you can find the song on Neil Young's album of the same name.

"Such Great Heights" | Iron & Wine
Originally recorded by The Postal Service,  Iron & Wine would cover the song for the movie soundtrack of Garden State, which was released in 2004.

"Like A Rolling Stone" | Bob Dylan
I'm not sure you could have an Americana Cocktail Hour without the great Bob Dylan. It's hard to believe at the time of the publication of this blog post that we are one month away from 55 years since the release of this song. Released on July 20, 1965, "Like A Rolling Stone" would peak at #2 on the Billboard Hot 100.

"California Stars" | Wilco
Written by the late, great Woody Guthrie in the 1940s, Wilco would cover this song on their 1998 album Mermaid Avenue.  Wilco is based out of the Windy City of Chicago.  For more ideas about famous bands and musicians from Chicago for your wedding playlist, be sure to check out this link.

"Make A Little Magic" | Nitty Gritty Dirt Band
Originating from Long Beach, California, the Nitty Gritty Dirt Band was formed in 1966 and has gone through a series of line-up changes over the years. This title track from their 1980 album eventually reached the Top 20 on the Billboard Hot 100.

"Eyes Of The World" | Grateful Dead
It's hard to believe that 2020 will mark 25 years since the passing of Jerry Garcia. "Eyes Of The World" can be found the 1973 album Wake Of The Flood. I can tell you that over the years I have DJ'ed some weddings where this song was requested and actually brought everyone out on the dance floor.

"I Found You" | Alabama Shakes
Lead singer Brittany Howard kills it on this song.  You can find "I Found You" on the debut album from the Alabama Shakes released back in April of 2012. The album would peak at #2 on the Billboard Alternative Albums charts.

"Wagon Wheel" | Old Crow Medicine Show
In doing the research for this post, I had no idea that Bob Dylan had actually written the chorus for this song back in the early 70s.  Old Crow Medicine Show would record the song in 2004 and would certified platinum nine years later. Darius Rucker would record his version of the song which would hit #1 on the Country charts in 2013.

"I Just Called To Say I Love You" | John Prine
The last song on this Americana Cocktail Hour Wedding Playlist is a cover song performed by John Prine.  Originally written and recorded by Stevie Wonder in 1984, John Prine would cover the song in 2018. John Prine would leave us on April 7, 2020, but his musical talents and influence will not soon be forgotten.

Ready To Talk To Mike Bills About Being Your Wedding DJ?
Due to time constraints, I was not able to add all the artists I wanted to in this playlist. Other notable artists that would fit well into this playlist would be Jason Isbell, Shovels & Rope, Lucinda Williams, and The Drive-By Truckers.  I always try to get my clients to be a little thoughtful when it comes to their cocktail hour and create a vibe that is about you, but also a vibe that allows your guests to socialize and chill out before the fun of the night begins. Thank you for making it to the end of this post. It means a lot to me that you made it all the way to the end. I put a lot of time into the content you see all over this blog. Feel free to scroll through my blog for many tips on how to find the best wedding DJ for you. If you like what you see on my website, let's set up a time to talk soon. Just click the link up above to be taken over to my contact form so that you can provide some quick details on your big day.