The other day I was driving down the road and was listening to the classic rock station here in Charleston and all of a sudden the song "Run to You" by Bryan Adams came on the radio. Beleive it or not, Bryan Adams would record a disco song in the late 70s, before getting a band together and releasing the popular MTV song "Cuts Like A Knife" in 1983. In the fall of 1984, Bryan Adams would release the album Reckless, which would spawn several radio hits. While I was driving down the road, I found myself increasing the volume while "Run to You" and I thought to myself that this song still is quite the banger and really was one of the top 80s rock songs.

"Run To You" has the high octane of  a lot of the stuff released in the early to mid 80s, but Bryan Adams and his band certainly were not in the hair band / metal category.  Bryan Adams and his band were  creating just straight up 80s rock without all the excess and glam of a lot of the music that was beginning to come out of Los Angeles by the mid 80s. As a professional wedding DJ with a focus and love on music, I found myself pulling up the You Tube of "Run To You" and watching the video, and reviewing the Billboard data on the song as well. When you were exposed to all these videos by growing up with MTV like I was, a video like this will take you back and make you think about the simpler times of the 80s. As a matter of fact, I dug deeper and found out the lovely lady in the video was Lysette Anthony.  I posted about "Run To You" on Twitter as I do with a lot of my published posts and music commentary and tagged Lysette in the post and she retweeted. So, this one song I heard in one of the few times I got out in the car to run some errands during the COVID-19 pandemic got me to look back at some of the best 80s rock songs. As you have probably found out by looking over my blog, the possibilities are simply endless when it comes to YOUR wedding playlist.  When planning the music for your wedding, you might consider a cocktail hour with some of the Best 80s Rock Songs That Weren't Recorded By A Hair Band.

Download These 80s Rock Songs Right NOW From DJ Mike Bills On Spotify
And now you can have the experience that I had in the car. All you need to do is head over to my Spotify and you can download this playlist that includes the  great list of songs from the 80s you see on this blog post. When you head over to my Spotify profile, you'll also find a wide variety of other playlists designed to help modern brides and grooms get inpsired about putting together their playlist for what will become the best day of their lives. All you need to do is head over to Spotify and search for DJ Mike Bills. For those that are not on Spotify, feel free to listen to each song on this post by clicking the link in each song title. 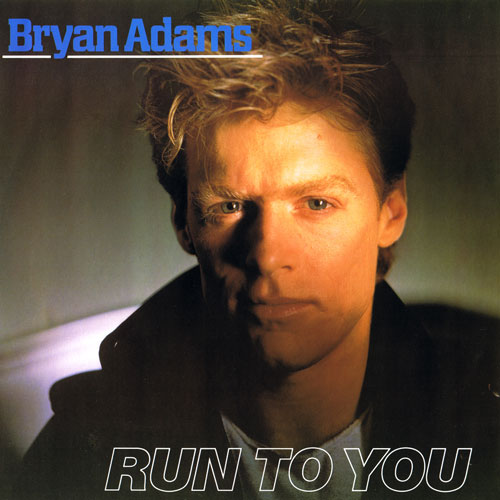 "How Can I Refuse" | Heart | 1983
In the early 80s, Ann & Nancy Wilson of Heart were still rocking hard and had not moved into full-on hair band mode yet.  "How Can I Refuse" was the first song to be released from their 1983 album Passionworks and would reach Number 1 on the Billboard Top Rock Tracks chart.

"On The Dark Side" | John Cafferty & The Beaver Brown Band | 1983
Back in the early 80s, the movie Eddie & The Cruisers was released and this song would be on the soundtrack. The song flopped (like the movie) when it was first released in the fall of 1983, but would peak at #7 on the Hot 100 when it was re-released in the spring of 1984.

"New World Man" | Rush | 1982
Besides COVID-19, one of the other things that happened earlier in 2020 was the death of Rush drummer Neil Peart. "New World Man" was released in the summer of 1982 from the album Signals and would become a #1 song on the Billboard Top Tracks chart.

"The Heart Of Rock And Roll" | Huey Lewis & The News | 1984
In the early - mid 80s, Huey Lewis & The News were only one of the most popular bands in America. They released their album Sports in the fall of 1983 and it would become one of the best selling albums of all time. "The Heart Of Rock & Roll" would be released in the spring of 1984 and would peak at #6 on the Billboard Hot 100.

"Radioactive" | The Firm | 1985
What do you get when you combine one of the greatest rock vocalists and one of the best guitarists of all time? You get a supergroup that includes Paul Rodgers and Jimmy Page.  Their first album was released in early 1985 and "Radioactive" would be the first single to hit radio. The song would peak at Number 1 on the Top Rock Tracks chart.

"Midnight Blue" | Lou Gramm | 1987
Lou Gramm would leave Foreigner, and in 1987 release his first solo album Ready Or Not. "Midnight Blue" would be the first single to be released and it would peak at #5 on the Billboard Hot 100.

"You Better Run" | Pat Benatar | 1980
Originally written and recorded by The Rascals in 1966, Pat Benatar would record her version on her 1980 album Crimes Of Passion.  The video for the song was the second one to air when MTV signed on in August 1981.

Wanna Speak With Mike Bills About Being Your Wedding DJ?
Hope you enjoyed this selection of 25 Rock Songs From The 80s That Were Not  Recorded By Hair Bands. If you are into 80s rock, this could be the perfect choice for cocktail hour at your wedding. Thank you for making it to the end of this blog post. It means a lot and as you can see music is one of my biggest passions and I can bring that passion to the table when you hire me to be the DJ at your wedding.  Are you in the process of researching the best weddings DJs for your upcoming wedding? Click the link up above to tell me a little more about your special day. I would love to be the DJ at your wedding.