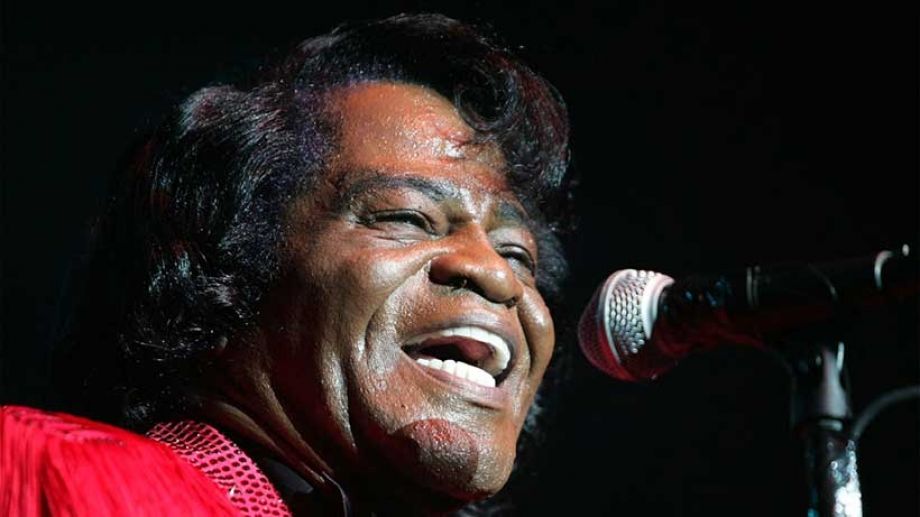 Best 30 Songs For Maximum Funk On Your Wedding Playlist

Perhaps this next edition of the cocktail hour playlist series will warm you up.  I was doing a little maintenance on my music database the other day and started to play a little bit of infectious James Brown. One James Brown track led to another and the next thing I knew was I was putting together a "Feel Funky" cocktail hour playlist to give brides and grooms another great idea for their playlist for their Charleston wedding. As one of the top Charleston Wedding DJs, I always find myself putting together these playlists for a bride and groom's cockail hour. These 30 Best Songs For Maximum Funk  are the perfect way to loosen up after your wedding ceremony and socialize for a little bit before dinner.  So, let's get funky.

Funk music was huge back in the 70s and 80s and encompassed bands and artists like Prince, Curtis Mayfield, Cameo, Parliament, James Brown, and so much more. Musical legend Prince once defined funk as something "indescribable".  Funk music  has a strong rhythm and makes you want to start dancing when you hear it, which is why this cocktail hour playlist might be perfect for the crowd is really into dancing. So, put your headphones on or crank up your speakers on your desk and be prepared to feel the groove of this playlist, and listen to George Clinton as he says "We need the funk. Gotta have that funk."

Download The 30 Best Songs For Maximum Funk On Your Wedding Playlist From Spotify NOW
Did you know that you have the ability to feel the funk right now? Charleston Wedding DJ Mike Bills has taken painstaken measures to move all of his playlists on his blog over to Spotify. Modern brides and grooms are constantly discovering their music on Spotify and other streaming services, so it only made sense to migrate all of my wedding playlists over to provide for wedding playlist inspiration. When you head over to Spotify, all you need to do is search for DJ Mike Bills.

"U Got The Look" | Prince Featuring Sheena Easton | 1987
If Prince were still alive, I most likely would not be able to share this incredible track from his 1987 album "Sign O' The Times".  Prince's music always had a degree of funk. This song has a great funky dance beat to it that will get you get you thinking about dancing.

"Superfly" | Curtis Mayfield | 1972
The early 70s were so funky and got even funkier during the summer of 1972 when Curtis Mayfield's third record dropped.  It's the perfect addition to your Feel Funky Cocktail hour over at Harborside East, Alhambra Hall, or downtown at the Historic Rice Mill.

"Get Up Offa That Thing" | James Brown | 1976
Did I not say up above that the 70s were super groovy and funky?  The funk was still going full force in May of 1976 with this classic wedding track, and went all the way to Number 4 on the R&B charts.

"Cissy Strut" | The Meters | 1969
This instrumental funk track was released on The Meters self titled album back in 1969. It went all the way to Number 4 on the R&B charts

"Flashlight" | Parliament | 1978
Released in January 1978, this was the first number one song by one of the P-Funk groups (groups associated with George Clinton). It spent 4 months on the charts during 1978.

"Jungle Boogie" | Kool & The Gang | 1973
Long before "Celebration" was even thought of, it was 1973 and "Jungle Boogie" was a top 5 hit. This song was popular in clubs back in the 1970s and is a great addition to your cocktail hour playlist at your Charleston wedding.

"Papa's Got A Brand New Bag" | James Brown | 1965
It was the first song the Top 10 of the Billboard Hot 100 for James Brown, and still is making people move all around Charleston weddings.

"Give It To Me Baby" | Rick James | 1981
The first single to be released from his multi-platinum album "Street Songs" ended up selling over 4 million copies. Rick James was making things a little funky for us in the early 80s. The follow-up would be "Super Freak", which would become his signature song.

"Dazz" | Brick | 1976
An excellent song from the mid 70s that fuses a little disco, some funk, and a side of jazz together to make one danceable song.  You might remember that Snoop Dog sampled this song in Snoopafella.

"Genius Of Love" | Tom Tom Club | 1981
This song reached Number 2 on the Hot Soul singles chart and has been sampled so many times, like that song by Mariah Carey that no one seems to like. "Fantasy"

"Keep On Truckin" | Eddie Kendricks | 1973
Another funky song from the early 70s right here. After Eddie Kendricks left the Temptations, this was his first hit, and it reached Number 1 on the Billboard Hot 100.

"I Can't Wait" | Nu Shooz | 1986
Released 32 years ago in February of 1986, this song went all the way to Number 1 on the Billboard Hot Dance charts. It's got an infectious beat that will loosen you up after your wedding ceremony as you socialize a little bit with guests during your cocktail hour.

"When Doves Cry" | Prince | 1984
If you were watching MTV back in the summer of 1984, you saw the hot music video down below, which would go on to become his first Number 1 song in America.

"Juicy Fruit" | Mtume | 1983
Mtume released their third album in 1983, titled "Juicy Fruit".  The title track would make it all the way to Number 1 on the Billboard Hot Black Singles chart and later be sampled by Biggie and his track "Juicy".

"For The Love Of The Money" | The OJays | 1974
The OJays were a soul / funk band out of Phildelphia who had a tremendous chart success back in the 70s. "For The Love Of Money" would top at #3 on the Billboard R&B chart.

"Funkytown" | LIPPS Inc | 1980
The final song selection on this playlist for maximum funk on your wedding is by a band out of Minneapolis who scored a one-hit wonder in 1980. "Funkytown" would achieve worldwide success, making it all the way to #1 in America, and in 27 other countries.

Ready To Talk To Mike Bills About Being Your Wedding DJ?
How do you like this "funky" way to start out the month of February here in beautiful Charleston? Don't worry, I've still got love on my mind with Valentine's Day just about 2 weeks away. I just wanted to mix it up a little bit with a "Feel Funky Cocktail Hour". I hope you enjoy listening to these cocktail hours as much as I enjoy putting them together for you. They are all designed to help you get some great ideas as you not only choose your wedding DJ, but also get together the best playlist for your Charleston wedding. If you are just recently engaged and are interested in sitting down with one of the top wedding DJs in Charleston, then please click the link up above to tell me a little bit about your big day. I would love to be your wedding DJ.