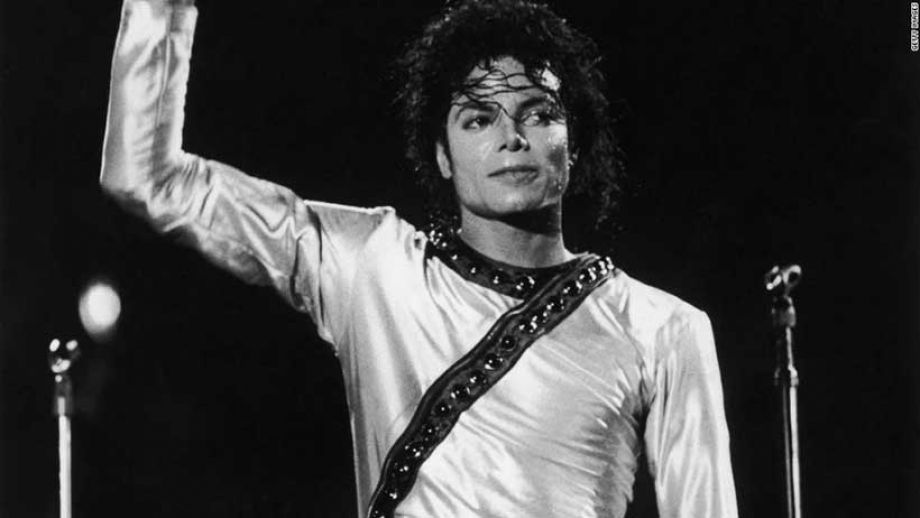 August 29, 1958: Michael Jackson was born in Gary, Indiana and would become one of the most successful entertainers in the history of all recorded music. From the late 1970s through the end of the millenium, Michael Jackson put together a string of albums that dominated the pop & R&B charts filling dance floors all over the world. He'd go on to have the title "King Of Pop" bestowed upon him. It's hard to believe we just passed the 9 year mark of his untimely death on June 25, 2009. Despite his passing, his vast contributions to music continue today and his music is still in very high demand by wedding guests and is played by DJs all over Charleston during weddings and private events. They are hopefully very few and far between, but there are actually some brides and grooms who like to leave the Michael Jackson off their Charleston wedding playlists.  I don't really have an explanation for this, other than some brides and grooms like to totally give their weddings a different sound.

I've been DJing long enough to be able to make the statement that the music of Michael Jackson is universally accepted and known to get all different types of guests out on the dance floor.  Even today in 2018, it's hard to not think about getting out to the dance floor as you hear some of the familiar intros to some of MJ's biggest hits. As one of the best Charleston wedding DJs, I felt it was a great time on what would be his 60th birthday to celebrate some of the most popular dance music ever.

Download These 20 Most Requested Songs From Michael Jackson On Spotify NOW
You can find all of Charleston Wedding DJ Mike Bills' playlists on Spotify. You won't just find these greatest songs from MJ and the Jackson 5 there, but also a wide variety of other playlists that are perfect for the modern bride and grooms looking to get a head start on their wedding playlist. Head over to Spotify now and do a search for DJ Mike Bills and be prepared to turn your speakers up pr get those ear buds or headphones over your ears.

"I Want You Back" | Jackson 5 | 1969
Despite being released in 1969, this song is still a heavy request favorite at weddings all over the greater Charleston, SC area. In the video down below, you can see an 11 year old Michael Jackson sing and dance. You just knew from some of this early footage that he was going to be star. The song would spend numerous weeks at Number 1 in early 1970 and was on the list of Rolling Stones' Greatest Songs Of All Time.

"ABC" | Jackson 5 | 1970
ABC is probably the most popular Jackson 5 on playlists at Charleston weddings. The song went to Number 1 in early 1970, and spent 4 weeks at the top of the soul charts. On the video down below, you can see another very early performance of Michael Jackson on American Bandstand showing his greatness as a performer and dancer.

Don't Stop Til You Get Enough | 1979
This was the first single to go Number 1 since his more softer, ballady "Ben" in 1972. Released in the summer of 1979, the song would go all the way to Number 1 on the soul chart and stay there for 6 weeks. In terms of a song designed to get the party started at your Charleston wedding, this track is definitely a popular one to get you and your guests out on the dance floor.

"Rock With You" | 1979
"Rock With You" was the second single to hit the airwaves from Michael Jackson's album "Off The Wall". It's the first track for a chill and upbeat cocktail hour at your Charleston wedding, or toward the end of your dinner music time when transitioning into a long night of dancing over at The Cedar Room, the Historic Rice Mill, or the Seabrook Island Club.

"Billie Jean" | 1983
1983 was a huge year for Michael Jackson. "Billie Jean" was released in January of 1983 and would become one of the biggest selling singles of the year. It would hit Number 1 on the Billboard Hot 100 and stay there for seven weeks.

"Beat It" | 1983
"Beat It" would be released to radio as the 3rd single off "Thriller". Released on Valentine's Day in 1983, the song would hit Number 1 on the Billboard Hot 100 and the R&B charts. Beat It and Billie Jean were actually in the Top 5 at the same time at one point. Both "Billie Jean" and "Beat It" are still heavily requested at Charleston weddings.

"P.Y.T" | 1983
And with the release of PYT in the fall of 1983, Michael Jackson would continue his dominance on the Billboard charts that year and this song would give him yet another Top 10 song on the charts.  Wedding guests, both young and old still respond very nicely to PYT at Charleston weddings.

"Thriller" | 1984
I still remember when Thriller premiered on MTV (when they played music videos) back in late 1983.  The actual full length video would be close to 14 minutes (much longer than the original single). The song would be the 7th song to be released from the Thriller album and go all the way to Number 3 on the Billboard charts. When this song comes up on the playlists at my weddings here in Charleston, it's normally accompanied with an attempt from guests at the dance scenes that occurred during the video.

"The Way You Make Me Feel" | 1987
After a bit of a break after the massive success of Thriller, Michael Jackson took some time off before releasing another one of his masterpiece's "Bad" in the fall of 1987.  The Way You Make Me Feel would be the third single to be released from the Bad album and would go all the way to Number 1 on the Hot 100. There aren't too many times that this song is not showing up on Charleston wedding playlists.

"Bad" | 1987
"Bad" would become the second single to be released from the album of the same name, and would go all ythe way to Number 1 on both the Billboard Hot 100 and Dance charts.

"Black Or White" | 1991
After the enormous success of "Bad", Michael Jackson would once again take some time off again to produce and release his album "Dangerous" in the fall of 1991. "Black Or White" would be the first single to drop from this record and would go all the way to Number 1 on the Billboard Hot 100 and hot dance charts.

"Love Never Felt So Good" (With Justin Timberlake) | 2014
This song was featured on Michael Jackson's second album after his passing, Xscape.  This version of the song was produced by Timbaland and J-Roc and was released in the spring of 2014 and would make it all the way to #9 on the Billboard Hot 100.

"Say Say Say" (With Paul McCartney) | 1983
Back in the early 80s, Michael Jackson & Paul McCartney collaborated on a few songs, including this great song perfect for an 80s Cocktail Hour. Released in the fall of 1983, the song would climb all the way to #1 on the Billboard Hot 100.

"In The Closet" | 1992
"Dangerous" is one of my favorite Michael Jackson albums and it featured this song released back in the spring of 1992. "In The Closet" would become a Number 1 song on the Hot Dance charts, and peak at #6 on the Billboard Hot 100.

Ready To Speak To Mike Bills About Being Your Charleston Wedding DJ?
Thank you for making it all the way to the end of another one of my blog posts. I sure hope you enjoyed this posthumous salute to the King Of Pop. I think it's very safe to say that the music of Michael Jackson will continue to be played at Charleston weddings for many many years to come. Like I mentioned up above, most guests at a wedding will respond to the music of Michael Jackson, so adding some of his songs to your playlist for your upcoming Charleston wedding is a good idea and your guests should respond very nicely.  Well, here we are getting ready to now move into a long Labor Day weekend here in Charleston. It won't be too long before we coast into the Fall wedding season here in Charleston, SC. If you are recently engaged and in the hunt for an exceptional wedding DJ for your Charleston, SC wedding, I'd love to speak with you. Music is my world, and my passion. The wedding entertainment you ultimately decide upon for your Charleston wedding needs to be the right fit for you and your guests.. Please take a look over the other parts of my website and blog and let's set up a time to talk soon. Click HERE to tell me a little more about your big day.