Best 15 Hall And Oates Songs For Your Wedding Playlist

In case you missed the big announcement, the great Daryl Hall & John Oates will be coming to the Lowcountry on Saturday night, September 30th at the North Charleston Coliseum. Yours truly is off that night and managed to grab some great presale seats. During their height in the early - mid 1980s, I was a fairly young kid getting into all types of different music. Having two older sisters who were glued to the television during the midnight launch of MTV in August 1981, it was difficult not to take into my adulthood some of those indelible images of early MTV. For the greater part of 1981 - 1986, you could not turn on MTV without seeing the videos of Hall & Oates, and in many case seeing them as guest VJs. Even though the music videos weould be considered "cheesy" by today's standards, the videos left indelible images on all of us and with the power of You Tube, you can still revisit these 80s classics today. Hall & Oates broke onto the radio in the mid 1970s with songs like "She's Gone" and "Sara Smile" and their soulful voices crossed over to urban radio stations. As one of the top wedding DJs in Charleston, I thought I would create a playlist of some of the most popular requests that have come up over the years on wedding playlists.

By the end of the 1970s,  as the calendar moved into the 80s, Hall & Oates were positioned to release an incredible SIX Number One records, which would make them the third biggest selling duo of all time spanning all genres of music. In 2014, Hall & Oates were finally placed into the Rock & Roll Hall Of Fame. Coming from Philadelphia, you might look back at some of my other blog posts from a few months ago when I spotlighted custom playlists for couples coming to Charleston from select metro cities across America,  The upbeat pop sounds of Hall & Oates make them a great choice for your 80s music category when creating the perfect playlist for your Charleston wedding.

Download The Best 15 Hall & Oate Songs For Your Wedding From Spotify NOW
If you are a big fan of Hall & Oates, be sure to head over to my Spotify and begin to follow me. Head over to Spotify now and do a search for DJ Mike Bills. You can get this great playlist of your favorite Hall & Oates songs, as well as numerous other playlists that will help you create the best playlist for your wedding.

"Rich Girl" | 1977
Appearing on the album "Bigger Than The Both Of Us" in the summer of 1976, it was released as a single and became Number 1 for 2 weeks in the spring of 1977. "Rich Girl" would begin a string of Billboard Hot 100 chart success. This song could be the perfect choice for your Historic Rice Mill wedding in Charleston during the cocktail hour or dinner music hour.

"Say It Isn't So" | 1983
1983 might have been the biggest year of Hall & Oates' careers. Released as a single in late October 1983, the B side was "Kiss On My List" (even though that song was released in 1981). You can imagine that DJs were wearing out this 45 and having to buy more. This is a perfect upbeat track for a cocktail hour that also comes with a great extended remix by the great Jellybean Benitez. Throw it on at your wedding cocktail and reception over at the Daniel Island Club.

"Maneater" | 1982
MTV was a big catalyst for the success of Hall & Oates back in the 80, mainly because of the music videos that created indelible images in our minds.. Released on Halloween Day 1982 off the album H2o, this track is one of the most recognizable early 80s Hall & Oates tracks. Perfect for a transition into dancing from dinner into dancing over at your wedding reception at the Ocean Course on Kiawah. "Maneater" has been a popular song selection over the years for the bouquet toss. For more information on bouquet toss songs, click on the preceding link.

"You Make My Dreams" |  1980
If there were ever a song you could use for your bridal party introductions, it's definitely this one. You can also check it out in the classic 90s movie "The Wedding Singer". Reaching the Top 5 in 1981, consider throwing it on your playlist for your reception over at Lowndes Grove or McLeod Plantation.

"Sara Smile" | 1976
A wonderful song written for Daryl's girlfriend, this could be an awesome slow song or dinner music track, especially if you are a beautiful bride whose name is Sara. While you are at it, don't forget to throw in the 1986 smash hit by Starship called "Sara", or even the Fleetwood Mac track of the same name from 1979. This track was the duo's first Top 10 track in America.

"Private Eyes" | 1981
The video for this song alone left iconic images in my mind from the early days of MTV. Watch the video down below and you'll see what I am talking about. "Private Eyes" would be the third Number one song for this popular duo from Philadelphia, reaching the top of the Hot 100 for 2 weeks back in November of 1981.

"I Can't Go For That" (No Can Do) | 1981
If I had to put a label on this song, it would be Hall & Oate's signature track of 1981. The song was released in December 1981, and it's infectious groove, soulful sound and bass line caused it to soar up the charts. Urban radio stations also added into their playlists causing it to also hit number 1 on the R&B charts. According to BMI, the song has been played over 1 million time on the radio since it's release. One of my favorite groups Simply Red released a song in 2003 called "Sunrise" that sampled this song. Enjoy the song down below and don't forget to add it into your wedding playlist over at the Carriage House at Magnolia Plantation.

"One On One" | 1982
"One On One" is a wonderful slower song you might throw on for a slow dance, or during the dinner portion of your wedding reception. As a matter of fact, it's also featured on one of the most popular posts on my blog that features 80s Soft Rock Songs For The Dinner Music Portion of your wedding reception.
"One on One" was released in ealry 1983 and would peak at Number 2 on the adult contemporary chart.

"Method Of Modern Love" | 1984
Released back in December of 1984, Hall & Oates would score another Top 5 hit on the Billboard Hot 100. From the album "Big Bam Boom", it was the second single hitting the airwaves from this album. It's pop beat can also be heard in an extended dance mix, just perfect for your wedding reception over at Harborside East In Mt. Pleasant or The Island House over on Johns Island.

"You've Lost That Lovin Feeling" | 1980
Hall & Oates recorded a great cover of this Righteous Brothers classic on their album Voices back in 1980. Their version of the song would peak at #12 on the aduly contemporary charts.

"Out Of Touch" | 1984
"Out Of Touch" was the first single to be released to radio from the album Big Bam Boom in the fall of 1984. The song would peak at Number 1 on the Billboard charts.

"Everytime You Go Away" | 1980
Originally written and recorded by Hall & Oates for their album Voices in 1980. While it was not released as a single, Paul Young would make it a Number 1 hit on the Billboard Hot 100 in the summer of 1985.

"Family Man" | 1983
We wrap up this playlist of the popular Hall & Oates songs on wedding playlists with a summer hit for them in 1983. As a matter of fact, I can remember being in the car as my parents drove my sisters to Columbia that summer to see Hall & Oates in concert. "Family Man" would peak at #6 on the Billboard Hot 100 in June 1983.

Interested In Having Mike Be Your Charleston Wedding DJ?
There you have it, my Top 15 choices for Hall & Oates add's to your wedding playlist.  Every wedding should have some 80s music in it and Hall & Oates is a great addition. Be sure to support the North Charleston Coliseum if you are a fan of this great duo so we can continue to get iconic musicians to come to Charleston.  Thank you so very much for this finding this blog and making it to the end of this post.  After you've enjoyed all these great Hall & Oates songs, feel free to scroll back over to other sections of my blog and review all the great content that has been created over the years. Whether it's finding your wedding DJ or music tips, you'll find it all and then some on this wedding DJ blog.  If you are recently engaged and are seeking a top wedding DJ, let's set up a time to grab coffee and discuss your big day. I would love to be your wedding DJ. 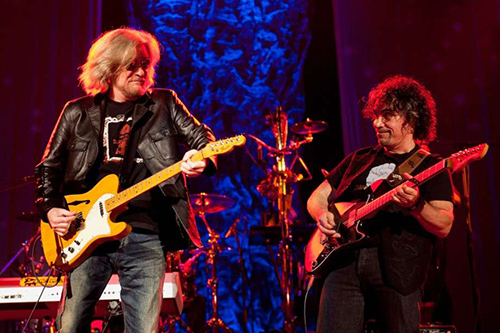