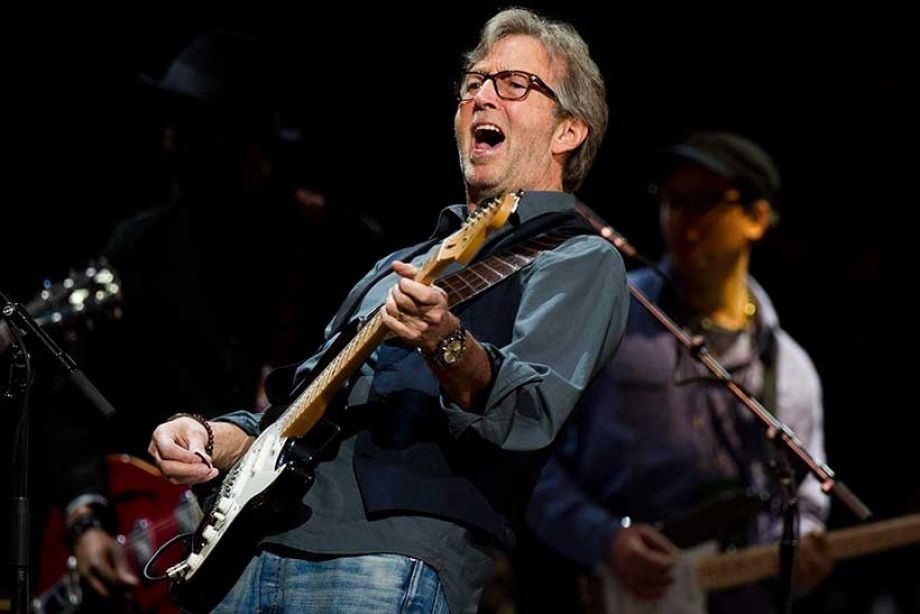 Best 15 Eric Clapton Songs For Cocktail Hour At Your Wedding

In one of my Charleston weddings coming up in a few weeks, I'll be doing a classic rock playlist for the bride and groom's dinner hour. Led Zeppelin, The Steve Miller Band, The Eagles, and Fleetwood Mac are just a few of the great classic rock artists chosen for this playlist.  Your Charleston Wedding DJ should allow you the latitude to pick and choose whichever music you'd like during the various parts of your wedding day. For instance, for this same wedding, the couple has chosen to do "80s Pop" for their cocktail hour. One of the brides that recently booked me said a word to me that I have not soon forgotten; "customize". Every single wedding comes with it a bride and groom and friends and family with drastically different tastes. With such a contrast in musical tastes, no two weddings will ever be the same and when you can customize the Charleston wedding playlist to cater to the bride and groom, you make for an even more memorable day because you have made the musical soundtrack about them.

Since I was putting together this classic rock playlist, and also since Eric Clapton turned 73 on Friday, March 30, 2018, I thought it was fitting to do a little bit of a spotlight of his incredibly, talented and illustrious career. There's also been talk he'll be retiring from touring soon. His career has spanned well over 50 years and he's actually the only musician to be inducted into the Rock & Roll Hall Of Fame 3 times. He was inducted as a solo artist, as well as with The Yardbirds, and the classic rock power trio Cream. Clapton's work is still heard on classic rock radio stations all over America. If you are considering adding any classic rock to the playlist for your Charleston wedding, talk to your DJ (or set up a meeting with myself) after checking out this post.

Download These Eric Clapton Songs From Spotify Right NOW
The possibilities for the cocktail hour are infinite. If you are a modern bride and groom who had parents who had the Eric Clapton, or other classic rock artists for that matter, you'll want to download this Spotify playlist. When you get over to my Spotify, you'll find this playlist, as well as many others designed to inspire you when creating your playlist for your wedding. When you get over to Spotify, just search for DJ Mike Bills. If Spotify is not your thing, you'll be able to click the song title of each song below and be taken over to You Tube to listen to the track.

"Crossroads" | Cream | 1968
John Mayer did a great cover of this great Robert Johnson song back in 2009.  The song was released from the album "Wheels Of Fire" in January 1969, and was listed on Rolling Stone's list of the greatest albums of all time.

"White Room" | Cream | 1968
If I had to choose a signature Cream song, it would either be "Crossroads" or this "White Room". White Room was the first song to be released off their 1968 album "Wheels Of Fire". "White Room" would be released as a single in September of 1968 and would peak at #6 on the Billboard Hot 100 chart.

"Can't Find My Way Home" | Blind Faith | 1969
After Cream disbanded in 1969, a bit of a super group was formed with Eric Clapton, Jack Bruce (of Cream), and Steve Winwood called Blind Faith. They released only one record, but this was biggest hit, which has also been covered by the likes of Bonnie Raitt and Allison Krauss.

"Layla" | Derek & The Dominoes | 1970
Clapton was a part of another super group after Blind Faith that included Bobby Whitlock, Jim Gordon, and Duane Allman on part of their first album. It was called Derek & The Dominoes. "Layla" was their signature song and Clapton scored a Top 10 hit with an unplugged version in 1992 / 1993. See below for the very popular unplugged version of the song.

"Bell Bottom Blues" | Derek & Dominoes | 1971
The second hit from Clapton's second super group. The song deals with Clapton's crush that he had on the late George Harrison's wife, Pattie Boyd. "Bell Bottom Blues" can be found the album Layla And Other Sorted Love Songs.

"Let It Rain" | Eric Clapton | 1970
One of my favorite songs from "solo" Eric Clapton.  It appears on his first solo record in 1970, but was not released as a single until 1972. You can find this song on my 30 Songs About Rain For Your Wedding Day.

"Wonderful Tonight" | Eric Clapton | 1977
Another song written for Pattie Boyd while he was waiting for her to get ready for party for Paul McCartney. It's a song that remains a Charleston wedding classic, being used for a slow break song during the night, as well as for first dances. "Wonderful Tonight" would peak at #16 on the Billboard Hot 100 chart.

"My Father's Eyes" | Eric Clapton | 1998
If you haven't picked up Eric Clapton's album "Pilgrim", you need to check it out. This was released on the radio back in the spring and summer of 1998. It went to Number 2 on the Adult Contemporary charts.

"Change The World" | Eric Clapton | 1996
Clapton teamed up with R&B producer Babyface in the summer of 1996 for this song. It was featured on the movie soundtrack of "Phenomenon" starring John Travolta, and went all the way to the top of the charts in America, as well as numerous other countries.

"Lay Down Sally" | Eric Clapton | 1977
"Lay Down Sally" was released in the fall of 1977, also from the same album "Slowhand" that also featured "Wonderful Tonight". If you ever get your hands on the single, Clapton's big hit "Cocaine" is on the B side.  "Lay Down Sally" would peak at #3 on the Billboard Hot 100 chart.

"After Midnight" | Eric Clapton | 1970
Originally written and released by the late JJ Cale in the mid 60s, Clapton covered this song on his first solo album in 1970. It became one of his signature songs. Eric Clapton's version of the song would peak at #4 on the Mainstream rock chart.

"For Your Love" | The Yardbirds | 1965
The Yardbirds were a super group that featured Jeff Beck, Jimmy Page (prior to Led Zeppelin), and Eric Clapton (before Cream). "For Your Love" was released in March 1965 and would become the very first Top 10 hit in the UK and the United States for the band. "For Your Love" is one of my favorite classic rock songs of the 60s as it truly exemplifies the rock sound being released at that time.

"Sunshine Of Your Love" | Cream | 1967
We wrap up this listing of great classic rock songs featuring the work of Eric Clapton with another signature song by Cream.  It was released as a single in late 1967 and was included in their album "Disraeli Gears".  "Sunshine Of Love" would go on to become a Top 5 hit on the Billboard Hot 100 for Cream.

Ready To Talk To Mike Bills About Being Your Wedding DJ?
Eric Clapton's body of work is truly amazing. From his work with the Yardbirds, Cream, Blind Faith and his brilliant solo career, his music is timeless and perfect for the modern bride and groom who might be looking for a mix of classic rock music for their cocktail hour. Hopefully this list of some great classic rock songs by the incredibly talented Eric Clapton gets you started on creating something different for your playlist.Even if classic rock is not your thing, your Charleston wedding DJ should be listening to your likes and dislikes about how you'd like the music for your wedding to be. The possibilties are so completely endless for what the music could be like at your wedding, I could blog every single day for the rest of life and still wouldn't tell you everything. Hey, that's a great idea!  ;) When you truly love music as much as I do, you want to share that passion with your prospective brides and grooms.  The music for your Charleston wedding needs to be one of the most important things you plan and I would love to help you do that and see your musical vision come to fruition.  Be sure to click the link up above to be taken over to my website so that you can fill out a contact form. Also, do not forget to scroll back up if you are a fan of Spotify to head over to my profile to download all these songs from Eric Clapton and the many bands that he was connected with.