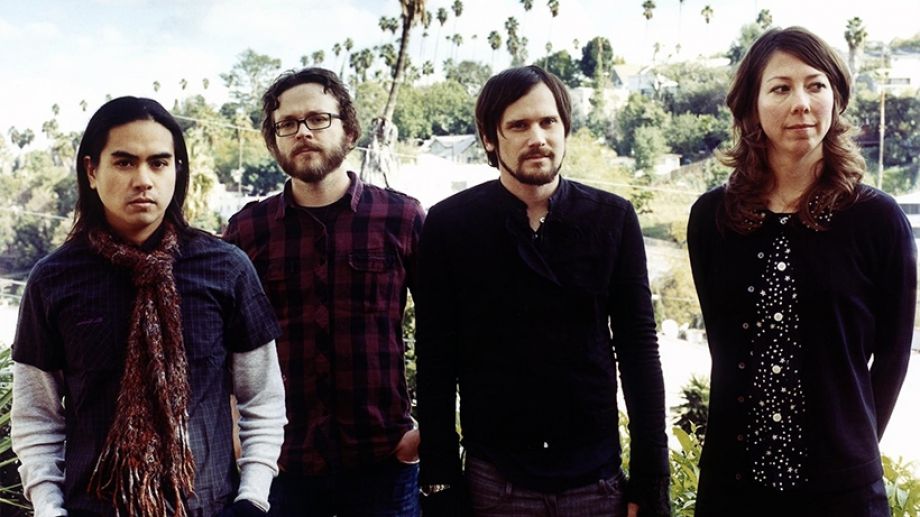 Brides and grooms frequently ask me what types of music I play? Well, I love to play all types of music, but are totally interested in helping you make the perfect playlist for your wedding day which results in memories that are sure to last a lifetime. I just said "totally" so does that mean I am showing my 80s side? I might be and I certainly would not turn down an 80s infused wedding playlist. I grew up in the 80s and love all 80s music. I have had lots of couples book me for my forte in 80s music. Recent consultations though with brides and grooms have seen a bit of a different approach with creating their playlists. Brides and grooms I speak to these days want something different. They don't want their wedding to sound like all the other weddings they have been to. How about a modern rock playlist spanning from the 80s through the mid 2000s?

Download These 30 Modern Rock Songs From Spotify Right NOW
"Different" is good. Consider some of these modern rock hits from the 80s through the 90s and into the 2000s. Perhaps these great tracks will give you more ideas of more tracks to add into your wedding playlist.  As one of the top Charleston Wedding DJs, I am always trying to think of ways to make the job easier for my clients as it pertains to hleping them create the best playlist for their wedding. Head over to Spotify now and do a simple search for DJ Mike Bills, and you'll find this playlist, and many, many others designed to help you plan the music for your big day.

"Again" | Lenny Kravitz | 2000
One of my favorite more "ballady" tracks from Lenny. Catch it on his greatest hits album from 2000. "Again" would be the new song that would be released on his Greatest Hits compilation back in the fall of 2000.

"Everlong" | Foo Fighters | 1997
A true classic from the Foo Fighters. I actually have a copy of this song performed by the Vitamin String Quartet ;) Dave Grohl and The Foo Fighters would release the album The Colour and the Shape back in 1997. "Everlong" was the second song to hit radio and would top out at #3 on the Alternative songs chart.

"1979" | Smashing Pumpkins | 1996
Released from the Mellon Collie and The Infinite Sadness album, this is 90s alternative at it's finest. Add it into your playlist for your Cotton Dock at Boone Hall wedding or Historic Rice Mill wedding.  "1979" would peak at #1 on the US Alternative songs chart.

"Lazy Eye" | Silversun Pickups | 2007
"Lazy Eye" is one of my favorite songs from the album Carnavas.  "Lazy Eye" was released  in the fall of 2007 and would end the year in the Top 20 on the Billboard Hot Modern Rock chart.

"Something So Strong" | Crowded House | 1987
The follow-up to their breakout song "Don't Dream It's Over", this track would be a great feel good track for your cocktail hour. "Something So Strong" would  be released in the spring of 1987 and climb all the way to #7 on the Billboard Hot 100 chart.

Sour Girl" | Stone Temple Pilots | 1999
From their album "Four", this is recently forgotten light classic from STP, and could be put into the ballad category. I've always looked back at "Sour Girl" as more of a ballad from STP, which makes it perfect for the addition on a wedding playlist. The song would peak at #3 on the Billboard Alternative songs chart.

"Just Like Heaven" | The Cure | 1987
An integral part of any 80s mixtape that includes alternative music, this song has a great beat to it and will definitely create that different sound to your wedding that you are looking for. "Just Like Heaven" would peak at #40 on the Billboard Hot 100 chart.

"New Sensation" | INXS | 1988
With the release of their album Kick in 1987, INXS was on the top of the world. "New Sensation" was the third song to be released from the album and would peak at #3 on the Billboard Hot 100.

"There's A Light That Never Goes Out" | The Smiths | 1986
A true classic from one of the great alternative albums from the 1980s, it'd be great during your cocktail or dinner hour. The song appeared on the 1986 album The Queen Is Dead, but was not released as a single until 1992.

"Santa Monica" | Everclear
Nothing wrong with a little bit of a flashback to the 90s with some grunge. Sure, it's not too abrasive and would go well with your other modern rock and alternative selections. For the 90s nerds, you can find "Santa Monica" on the 1995 album Sparkle And Fade.  "Santa Monica" would eventually top the Billboard Mainstream Rock chart. Looking for some more 90s Alternative Songs For Your Cocktail hour? Click the link.

"Inside Out" | Eve 6
I played this track recently and the floor filled up rather quickly. "Inside Out" was released in the spring of 1998 and would become one of the most popular modern rock songs of the year.  "Inside Out" would make it all the way to Number 1 on the Alternative songs chart.

"Under The Bridge" | Red Hot Chili Peppers | 1992
A slower track off Blood Sugar Sex Magik from 1991, it could be thrown on during your cocktail or dinner hour, but then if you really want to crank it later, we could thrown on "Give It Away" "Under The Bridge" was the second song off Blood Sugar Sex Magik to be released to radio and would make it all the way to #2 on the Billboard Hot 100.

"What I Got" | Sublime | 1996
Quintessential 90s alternative, and I have the "clean" version of this for your parents and grandparents. Your wedding party over at the Pavillion At Pepper Plantation will love this track. "What I Got" would peak at #1 on the Alternative songs chart.

"I Got You" | Split Enz | 1980
Written by Neil Finn who you heard earlier in this list with Crowded House, this is another great modern rock song to add into your playlist. While it was not a success in the United States, "I Got You" would peak at #1 in Australia and New Zealand.

"I Melt With you" | Modern English | 1983
Classic 80s at it's finest. It's got a great beat to it and will make your wedding playlist sound so awesome. "I Melt With You" was one of the iconic 80s music videos you saw during the early years of MTV. While it did not chart well in America, the song would become one of the most requested 80s songs at weddings.

"We Got The Beat" | The Go-Go's | 1982
The Go-Go's are the new wave band from the 80s made of girls and I love them and their sound. This might be a perfect song for you to dance with your bridesmaids too. The song would make it all the way to #2 on the Billboard Hot 100.  If you are interested in more of the Best Women In 80s Music, be sure to click over and check this other post out.

"My Sharona" | The Knack | 1979 - 1980
Another classic from a band who did not put out too many songs, but this one will get the party going. "My Sharona" was the first song to be released by The Knack from their album Get The Knack and it's catchy sound would make it a Number 1 song on the Billboard Hot 100.

"We Are The People" | Empire Of The Sun | 2008
A bit of an electronic modern track here but it'd be great for the dancing portion of your evening. If you like this one, then "Walking On A Dream" might be another one to add into your wedding playlist.

"Life During Wartime" LIVE | Talking Heads | 1984
The version of this song released on the soundtrack to "Stop Making Sense" is the absolute best to play and another song appears on this soundtrack that I play lots. "This Must Be The Place".  The original version of the song can be found the 1979 album Fear Of Music.

"Electric Feel" | MGMT | 2007
An Indie alternative from the mid 2000s that is sure to get your crowd going under the tent at Lowndes Grove or the William Aiken House. "Electric Feel"  was the second song to be released from the album Oracular Spectacular. While it didn't chart in the United States, "Electric Feel" would peak at #10 in new Zealand.

"Shiny Happy People" | REM | 1991
Vintage alternative track by REM and features Kate Pierson of the B-52s in the music video and just happy all around and perfect for your modern rock playlist over at Harborside East. "Shiny Happy People" would peak at #3 on the Billboard Alternative songs chart.

"Virtual Insanity" | Jamiroquai | 1996
If you are a fan of funk, you might want to pick up a copy of the Jamiroquai album Travelling Without Moving. While the song is one of the most popular songs released by Jamiroquai, the song would barely break into the Adult Top 40 chart.

"Beverly Hills" | Weezer | 2005
Weezer would release their album Make Believe in early 2005. "Beverly Hills" was the first song to be released to radio in the spring of 2005. The song would peak at #10 on the Billboard Hot 100, and #1 on the Alternative chart.


This is a few of the many modern rock tracks in my music catalog to wet your appetite and maybe think about creating something different when it comes to the music on your wedidng playlist. Are you just recently engaged? Are you beginning to think about the music for your upcoming wedding in Charleston and need to sit down with a professional wedding DJ? Click HERE to schedule an appointment for a consultation with Mike