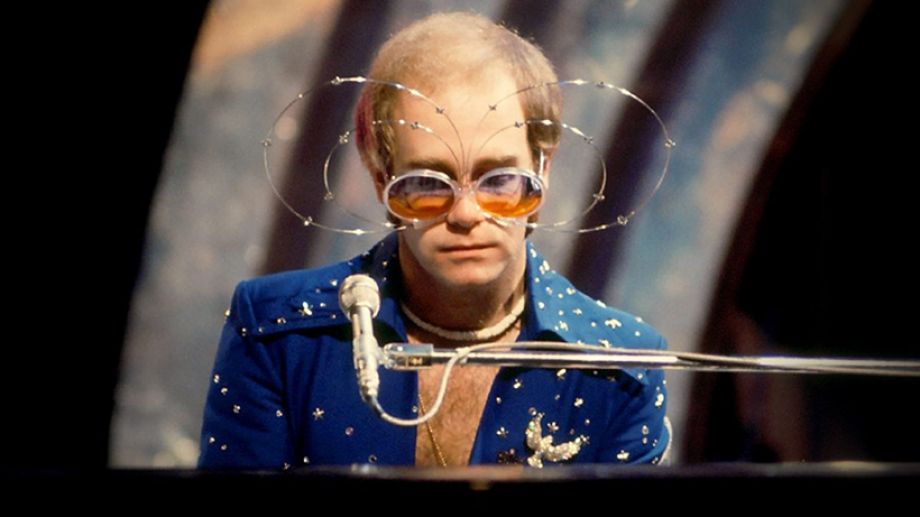 My promise as one of the best Charleston Wedding DJs to prospective Charleston brides is to continue to keep this blog one of the freshest and most diverse in the greater Charleston area. I am here to give you yet another great playlist idea when it comes to planning the perfect mix of music for your Charleston wedding. As you get the planning underway at the Daniel Island Club or Harborside East, what about a 70s Soft Rock Cocktail Hour? Pretty groovy idea, huh?  Actually, I was not thinking you'd get your guests to pull out the platform shoes or the bell bottoms, or even the leisure suit, but for a different chill vibe, consider a playlist comprised for soft rock artists from the 70s. Truth be told, I was 6 years old when the ball dropped at midnight on December 31, 1979 so my memories of 70s music when it was released are a little foggy. I did not learn an appreciation for the decade until I heard the music being played as I got older and we had oldies radio hit the Charleston area. Soft rock artists like Elton John, Dobie Grey, America, and the Little River Band, just to name a few.

As I was putting together the list of songs for this cocktail hour playlist idea, I thought back to another fairly recent blog posted that went up back in August about the ultimate "Yacht Rock" cocktail hour playlist. Yacht rock artists were a select few, but some of them were also in pretty heavy rotation on AM and FM soft rock stations back then. Your cocktail hour playlist at your Charleston area wedding is really only limited by your imagination. It can sound however you like it to be. Ideas for your cocktail hour mood and vibe are infinite. It will continue to be my goal that this blog will become the preeminent source for Charleston brides here locally as well as destination brides as they think about the perfect playlist and music for their wedding.

Download These Groovy 70s Songs From Charleston Wedding DJ Mike Bills' Spotify NOW
Putting together the music for what will become the soundtrack for your most important day is not something to be taken lightly. Modern brides and grooms are finding their music from streaming platforms like Spotify. They are also putting their wedding playlists on Spotify, which is why it was an easy decision for me to shift all the playlists on my blog over. Not only can you find this playlist of some of the most requested 70s Soft Rock songs, but you can also find lots of other playlist ideas to give you song inspiration.

"Drift Away" | Dobie Grey | 1973
The biggest song of Dobie Grey's career was released in the winter of 1973 and went all the way to the Top 5 on the Billboard charts.  Michael Bolton and Rod Stewart, as well as The Rolling Stones have covered the song.

"Easy" | The Commodores | 1977
This song is so chill that I am getting even more and more relaxed as I finish writing this blog post. :)  It hit Number 1 on the R&B charts for good reason, and it'll sound good on your cocktail hour playlist.

"Summer Breeze" | Seals & Crofts | 1972
If you were around in the summer of 1972, you remember this song all over the radio. You can add this song to your cocktail hour playlist at your summer wedding out at Kiawah Island or Seabrook.

"Baker Street" | Gerry Rafferty | 1978
Released in the winter of 1978, this song probably appears on most 70s playlists on Spotify and Pandora. It reached #2 and you can either add the album version at nearly 6 minutes to your playlist, or shorten things a tad by playing the single.

"Reminiscing" | The Little River Band | 1978
The summer of 1978 was huge for this band from Australia and this song would eventually receive a radio award for 5 million spins.

"Colour My World" | Chicago | 1971
This song was actually first released in 1970 to their other hit "Make Me Smile", but then was released again in the summer of 1971 where it hit the Top 10. Played at lots of Charleston weddings, this song will get the dancing underway.

"Fooled Around And Fell In Love" | Elvin Bishop | 1976
Mickey Thomas, who would later join Jefferson Starship sang the lead vocals on this #3 song from the spring of 1976.  You might remember it from the movie "Boogie Nights" in 1997.

"Dreams" | Fleetwood Mac | 1977
Where do I start? First off the spring of 1977 was a magical time in music in America as this song is the second song to break to radio off the mega-selling "Rumours" album. Rumours would go on to become one of the biggest selling ever.

"Chevy Van" | Sammy Johns | 1975
The song that celebrated customized Chevrolet vans back in the 1970s.  Eric Church recently covered this song that became a hit in 1975.

"Your Song" | Elton John | 1970
This track was the B side to the song "Take Me To The Pilot", but radio DJs were turning the 45 over to play "Your Song".  The song kicked off a string of hits through out the 70s for Elton John.

"Imagine" | John Lennon | 1971
The signature song for John Lennon's solo career reaching all the way to Number 3 on the Billboard charts.  If you are into Jack Johnson, be sure to check out his version.

"The Things We Do For Love" | 10CC | 1976
10CC were a band from England that scored a Top 5 song on the Billboard Adult Contemporary charts. Amy Grant would record a cover of this song in 1996 for the movie Mr. Wrong.

"Magnet & Steel" | Walter Egan | 1978
If you are a fan of the 70s, you probably have seen the movie Boogie Nights, starring Mark Wahlberg which came out back in 1997. If by chance you have not caught the movie, it's a great one.  Released in the spring of 1978, the song features background vocals by Stevie Nicks and would be the biggest song of Walter Egan's career reaching #8 on the Billboard Hot 100 chart.

"Brandy, You're A Girl" | Looking Glass | 1972
Released in May of 1972, Looking Glass would score a Number 1 song on the Billboard Hot 100. The song is a very easy going and laid back addition to any wedding playlist.

"Dancing In The Moonlight" | King Harvest | 1972
The perfect 70s soft rock song to add into your dinner playlist out during your spring wedding season.  Released in the summer of 1972, King Harvest would score a Top 10 song on the Hot 100. Toploader would cover the song in 2000.

"Sundown" | Gordon Lightfoot | 1974
If your wedding is located outside and you are experiencing the outdoors and enjoying your day as the sun goes down, this easy-listening 70s classic for you.  The song reached #1 on the easy listening charts and would also cross over to the country charts.

"Danny's Song" | Loggins & Messina | 1971
"Danny's Song" has been a popular request over the years for the dinner music portion of your wedding reception. The song would become #1 on the Canadian charts, and reach #1 song on the easy listening charts.

"I'd Really Love To See You Tonight" | England Dan & John Ford Coley | 1976
You can find this 70s soft rock radio staple on the album Nights Are Forever.  The song would peak at #2 on the Billboard Hot 100 chart, as well as #1 on the easy-listening chart.

"We've Got Tonight" | Bob Seger | 1978
To be honest with you, this song brings a tear to my eye and a smile to my face all at the same.  The song would later be covered by Kenny Rogers and Sheena Easton in the 80s. Bob Seger's version would peak at #13 on the Billboard Hot 100.

"Jackie Blue" | Ozark Mountain Daredevils | 1975
If there was ever a song that could be deemed a quintesential "70s sounding" song, it would be "Jackie Blue". Released in February of 1975, "Jackie Blue" would climb all the way to #1 on the Cash Box 100 chart.

"My Eyes Adored You" | Frankie Valli | 1975
Originally recorded by the Four Seasons in 1974, Frankie Valli would release a version of the song in 1975, and it would become his first #1 song on the Billboard Hot 100 chart.

Interesting In Hiring Mike To Be Your Charleston Wedding DJ?
This 70s Soft Rock Cocktail Hour Playlist is just another angle you could take when planning the perfect mix of music for your upcoming Charleston wedding.  Perhaps one of these songs will jog your mind and allow you to maybe take another direction. Without any other distractions (videography, photography, photobooth or uplighting), my sole focus is on the music and helping out all my couples determine what they would like to hear at their Charleston wedding.  If you are on the fence as to which direction you'd like the music to go at your wedding and need to sit down with a true professional, let us talk soon. One of my favorite things to do is talk music with newly engaged couples about their musical likes and dislikes. Thank you very much for making it to the end of this blog post. I'd love to be the DJ for your wedding day. Let's set up a time to talk music soon. All you need to do is click on this link to fill out a contact form.