With the COVID-19 pandemic taking center stage all over our social media feeds and news cycles,  I've not been focusing on a lot of the music milestones I normally track on my Twitter account and other blog sites. But let me for a minute or two put the doom and gloom feelings of COVID-19 aside and celebrate the life and music of one of the most talented musicians in the modern era of music. Prince Rogers Nelson left us way too soon back on April 21, 2016.  For me to try to convey in this blog post how talented a singer and musician that Prince was would take an entire blog in itself.  His career began in the late 70s and his sound back then consisted of a bit of funk and a little bit of disco, but as the 70s moved into the 80s, his sound began to become more diverse.   In terms of his musician skills, he became proficient in each and every musical instrument he needed for the music he created.  Case in point, as you scroll the rest of this post, you'll see him in action on the music video for the 1989 movie Batman. Prince would write and record the entire soundtrack. For the purpose of this post, we'll focus on some of the most requested songs that have shown up on wedding playlists over the years, as well as some of the artists whose careers got off the ground because of him and his producing and song writing skills.

While it's only been four short years since his passing, we will not soon forget his tremendous body of work, spanning close to four decades. As one of the top wedding DJs in the Holy City, this post has been a long time coming and actually should have been done a long time ago. Be sure to jot down some of your favorite Prince songs to add into your wedding playlist.

Download These 20 Most Requested Prince Songs From My Spotify Right Now
Charleston Wedding DJ Mike Bills caters to the modern bride and groom by providing all the playlists of his creation over on his Spotify profile. Not only will you find this amazing body of work of Prince, but you'll also find so many other wedding playlists that have been created to provide inspiration for the modern bride and groom as they begin to create the soundtrack for their wedding day. All you need to do is head over to Spotify and just search for DJ Mike Bills.

"Kiss" | 1986
Back in 1986, Prince would release his Parade and "Kiss" would be the first single to be released in February of 1986. The song would show up on Rolling Stones list of the 500 Greatest Songs Of All Time.  "Kiss" would become one of the biggest songs of his career by peaking at #1 on the Hot 100, the Dance Club Songs, and the Hot R&B song charts. "Kiss" is still one of the most popular songs by Prince by a lot of my wedding clients.

"I Would Die 4 U" | 1984
1984 was probably one of the biggest years of Prince's career. He'd release the Purple Rain album, which was the soundtrack to the movie he also starred in alongside the very lovely Apollonia. "I Would Die 4 U" is a great dance song that was released in November of 1984 and would peak at #8 on the Billboard Hot 100 chart.

"Batdance" | 1989
I still remember having the mother of one of my childhood friends take me and my friends to the movie theater on a hot Saturday night in July 1989 as Batman opened in theaters.  I remember hearing the Batdance on the radio and was instantly hooked. When I found out that Prince wrote the entire soundtrack to the movie, I was instantly hooked.  "Batdance" was released in June 1989 a few weeks before the release of the movie and would make it all the way to #1 on the Hot 100 and Dance Club songs chart.

"U Got The Look" | 1987
If someone asks me to pick a favorite Prince, this would probably be it.  Back in 1987, Prince would release the album Sign o' the Times, which featured this collaboration with the lovely and talented Sheena Easton. The song has a 12 inch remix (as did most 80s hits) titled (The Long Look) and it's definitely worth a listen.  "U Got The Look" would be released in the summer of 1987 and peak at #2 on the Billboard Hot 100 in the fall. "U Got The Look" is also featured on my Best Funk Songs For Your Cocktail Hour Playlist"

"Nothing Compares 2 U" | 1984
Originally written and recorded by Prince in 1984, it would be Sinead O'Connor who would score a Number 1 hit on the Billboard Hot 100. The original recording by Prince would not be released until 2018.

"Jungle Love" | 1984
Morris Day & The Time appeared in Purple Rain, and that appearance would spark their career.  "Jungle Love" was released in December 1984 and would become a Top 20 hit on the Hot 100. Prince does receive a songwriter credit on "Jungle Love".

"Round And Round" | Tevin Campbell
In 1990, Prince would write and direct the sequel to Purple Rain. The soundtrack to Graffiti Bridge this song by Tevin Campbell, which would more or less launch his career at the ag eof 14. "Round And Round" features Prince in the music video and would make it all the way to #3 on the Hot R&B chart in 1991. The song is featured on one of my publications about The Best 90s Music in 1991. You should check it out.

"Controversy" | 1981
Back in 1981, Prince released the album Controversy. The title track to the record was released in September of 1981 and would soar all the way to Number 1 on the Hot Dance Club charts.

"When Doves Cry" | 1984
While I mentioned up above that it would be difficult to name one song that would Prince's signature song, this song is more than likely his most popular song. "When Doves Cry" would become his first Number 1 song.

"Sugar Walls" | 1984
3 years before the 1987 release of "U Got The Look, Sheena Easton would release the album A Private Heaven. The album would produce two hits; "Strut", and "Sugar Walls", which was a song written by Prince. "Sugar Walls" would peak at #1 at on the Dance Club chart, and break into the Top 10 on the Hot 100 at peak at #9. 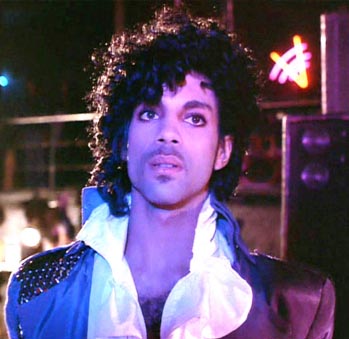 Interested In Speaking With Mike Bills About Being Your Wedding DJ?
I still cannot believe that Prince is no longer with us, but his music will live on for years and years. The music of Prince will continue to grace the wedding playlists of many modern brides and grooms for many years to come.  It was very therapeutic to put this blog together in the midst of a global pandemic.  For me personally, I love to get lost in the music during bad times, and I hope this blog post allowed you a brief escape from what is going on out there in the world right now. Looking to get married later this year or next? Click the link up above to be transported over to my contact form. There you'll be asked to fill out some of the basic details of your big day.  Let's talk soon.

One more thing
Oops. I almost forgot. This is a screenshot of a double CD I purchased close to 10 years ago. CD 1 has on it most all of his huge hits, but CD 2 has some amazing 12 inch remixes on it. This is a must for the person who loves the music of Prince. 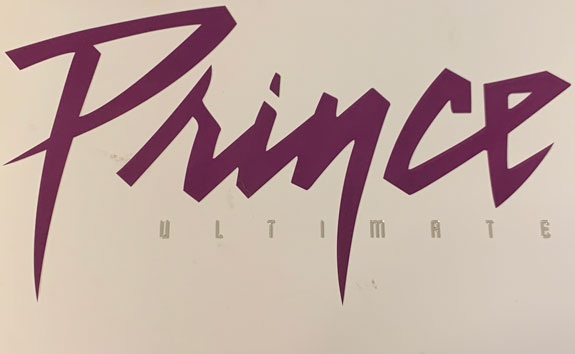 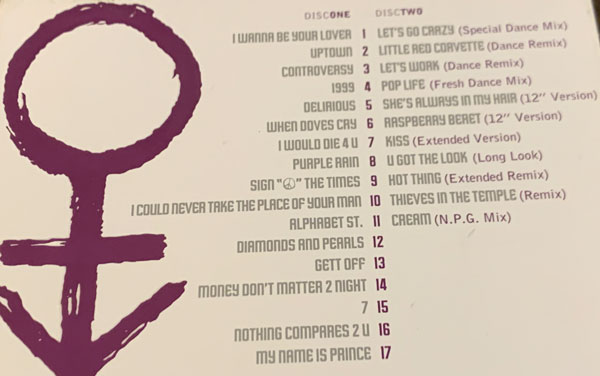