At some point during your wedding reception, your wedding DJ will make an announcement for you and your new better half to cut your wedding cake.  During this time your DJ will cue up a song of your choice for this fun moment during your reception. When the cake cutting occurs is completely up to you and should be discussed with your wedding planner / coordinator. It's usually a good idea to cut the cake not too long after dinner, perhaps as soon as your toasts are wrapped up.  I've also seen the cake cutting done toward the very beginning of the reception too. When the announcement is made by your DJ for the cake cutting, your guests are invited to gather around and watch.  Depending on which song you choose, your DJ might need to play more than one of the sweet songs you see in this post.  You'll want to scroll on to view these "yummy" songs from one of the best Charleston Wedding DJs.   Have fun, and thank you for stopping by my website and blog.

It's up to you if you'd like to take things a little further and rub cake and frosting on each other's face. Think hard about that. Instead of ruining your makeup and potentially your hair and dress, you could place a dab of frosting on his face and kiss it off. Just a thought, but either way, you need a sweet and sugary song to hear during this ritual. The following are some of the most popular that have been played at a lot my Charleston wedding receptions over the years.

Download All 25 Of These Sweet And Sugary Songs On This Playlist From Spotify NOW
Planning your wedding playlist should not be a hard job, which is why all the playlists you see on my blog like this one are on Spotify. So many clients over the years come to me with a lot of their playlist ideas on Spotify. So, I wanted to become a Charleston Wedding DJ who offered this service to his clients. Choosing the right song for every key moment of your wedding day is vital to ensuring lasting memories for your big day.

"Ice Cream" | Sarah McLachlan
If you are into it, ice cream would compliment whatever cake you've picked out for your wedding day.  "Ice Cream" is featured on Sarah's album Fumbling Towards Ectasy, which was released back in the fall of 1993. This is the same album which features her hit single "Possession".

"Better Together" | Jack Johnson
Some couples opt for the laid back and very chill vibe as they cut their cake "together". You can find this song on Jack Johnson's album "In Between Dreams".  Even though the song only peaked at #24 on the UK charts, "Better Together" has been a popular song selection at Charleston weddings for many years.

"Sugar" | Maroon 5
It's no surprise that this very popular Maroon 5 song would be placed onto this list of cake cutting song ideas. While the title of the song states the obvious, you should watch the YouTube by clicking the link in the song title to see why it's a big request at weddings. Sugar was the third song to drop from the album V at the beginning of 2015 and would stay in the Top 10 for over 20 weeks. 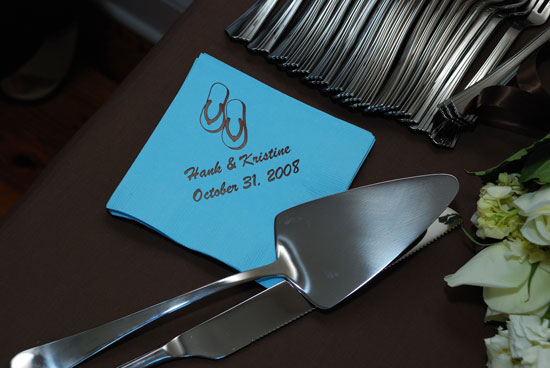 "Happy Together" | The Turtles
After saying your nuptials and officially becoming husband and wife, cutting your wedding cake will be one of the first things you do together. Have some fun!  The classic 60s song was released back in February of 1967 and would become a #1 song on the Billboard Hot 100.

"Candyman" | Christina Aguilera
Released back in February of 2007, "Candyman" can be found on the album "Back To Basics" from 2006. "Candyman" would make it as high as #25 on the Hot 100, but got added to popular cake cutting songs in the years after it's release.

"This Will Be An Everlasting Love" | Natalie Cole
It's still hard to believe that Natalie Cole left us so soon, but back in the spring of 1975 she would have a Number 1 song on the R&B chart, and #6 on the Billboard Hot 100.  You might rememver this song featured in the romantic comedy starring John Cusack, Must Love Dogs.

"Honey" | Mariah Carey
The summer of 1997 turned out to be very hot, and with this song, very "sweet". "Honey" was the first single to be released from her Butterfly in August of 1997. The song would make it all the way to Number 1 on the Hot 100 and Rhythmic chart. 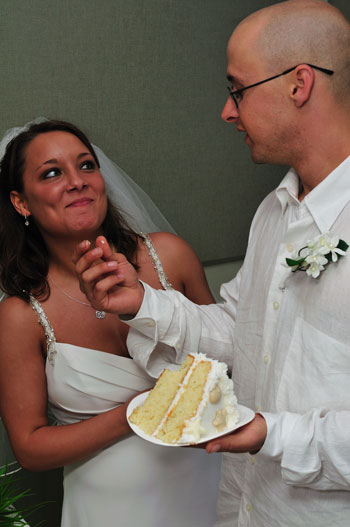 "Love You Madly" | Cake
For those modern brides and grooms who are in their alternative music, this 2001 song from Cake is perfect. "Love You Madly" appears on the Comfort Eagle album.

"I Got You Babe" | Sonny & Cher
Another very popular request for the cake cutting from the 60s here.  The song was released back in the summer of 1965 and can be found on the album Look At Us and would top the Hot 100 for 3 weeks.  Everyone will be looking at you as you cut the cake when this happy-go-lucky starts to play and you try to refrain from smearing frosting all over each other's faces.  For those couples who like the song but would prefer a different version, UB40 did a great cover back in the 80s along with Chrissie Hynde of The Pretenders.

"Honey Bee | Blake Shelton"
Back in 2011, country music singer Blake Shelton released the album Red River Blue, which featured "Honey Bee".  By July of 2011, the song would reach #1 on the Hot Country chart, and is perfect for the modern bride and groom looking for a sweet country song for their cake cutting.

" I Do" | Colbie Caillat
" I Do" was the first song to be released as a single from Colbie Caillat's album, All Of You., and would peak at Number 7 on the Adult Top 40 chart in the spring and summer of 2011. 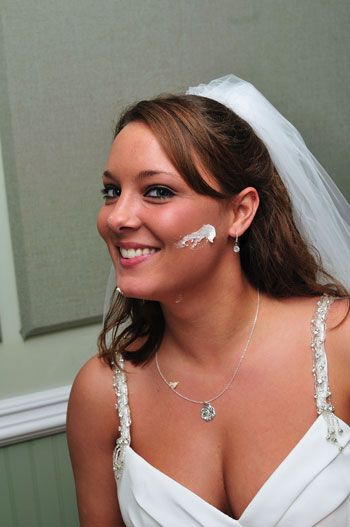 "How Sweet It Is (To Be Loved By You)" | Marvin Gaye
Marvin Gaye recorded and released this song back in November of 1964. The song would make it all the way to Number 6 on the Billboard Hot 100. Some couples opt for the popular James Taylor, and I've had a request for the Grateful Dead version too.

"L-O-V-E" | Nat King Cole
Perhaps you are interesting in a classic jazz song for your cake cutting song. This fun and jazzy song was the title track from Nat King Cole's 1965 album and would peak at #17 on the Billboard pop standards chart. The song has been covered by Michael Buble, Diana Krall, and also Nat King Cole's daughter, Natalie Cole.

"When I'm 64" | The Beatles
Paul McCartney wrote this song when he was 16 and it would be one of the first songs he would ever write.  The song appears on Sgt Peppers Lonely Hearts Club Band, which was released in May 1967.

"I Choose You" | Sara Bareilles
Sara would release this song in January 2014. It's featured on her album The Blessed Unrest and would peak at #16 on the Adult contemporary charts. Its a cute song to celebrate your love as you cut your wedding cake together. 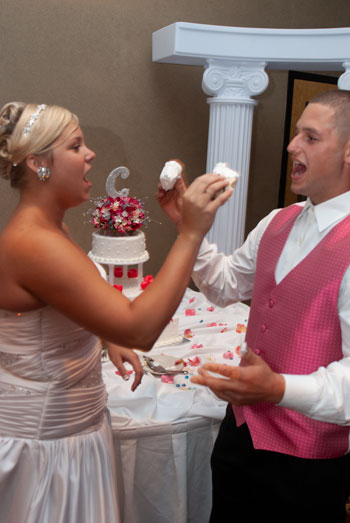 "Grow Old With You" | Adam Sandler
The odds are very good that if you are a fan of the movie The Wedding Singer, you might choose this song for your cake cutting song. The movie was released back in February of 1998 and has become a cult classic over the years. I love it because of it's soundtrack and all the 80s songs on it.

"Sugar Sugar" | The Archies
The Archies were a cartoon band that recorded and released this song in 1969. Released in May 1969, the song would become a #1 song of the summer of 1969.

"Today Was A Fairytale" | Taylor Swift
Taylor Swift wrote and released this song in January 2010 for the movie soundtrack for Valentine's Day, which would be released by Valentine's Day 2010.
The song would become Taylor's first #1 song in Canada, and peak at #2 on the Billboard Hot 100.

"Good Life" | One Republic
Released in November of 2010, "Good Life" was the third single from the album Waking Up.  The song would peak at #8 on the Hot 100, as well as #2 on the Adult contemporary chart. 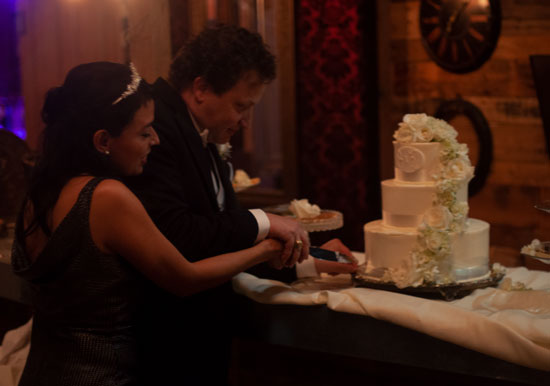 Interested In Hiring Mike As Your Charleston Wedding DJ?
Thanks for making to the end of this blog post.  Did you enjoy listening to all these popular cake cutting songs?  Remember that the cake cutting portion of your wedding reception is a fun moment for the both of you, so be sure to choose a song that is equally as fun.  Are you interested in meeting a true professional wedding DJ to start planning the perfect playlist for your wedding day?   I love to meet modern brides and grooms and discuss music. If you are looking for one of the top wedding DJs in Charleston who puts total focus on the bride and groom, please click here to set up a time to talk.