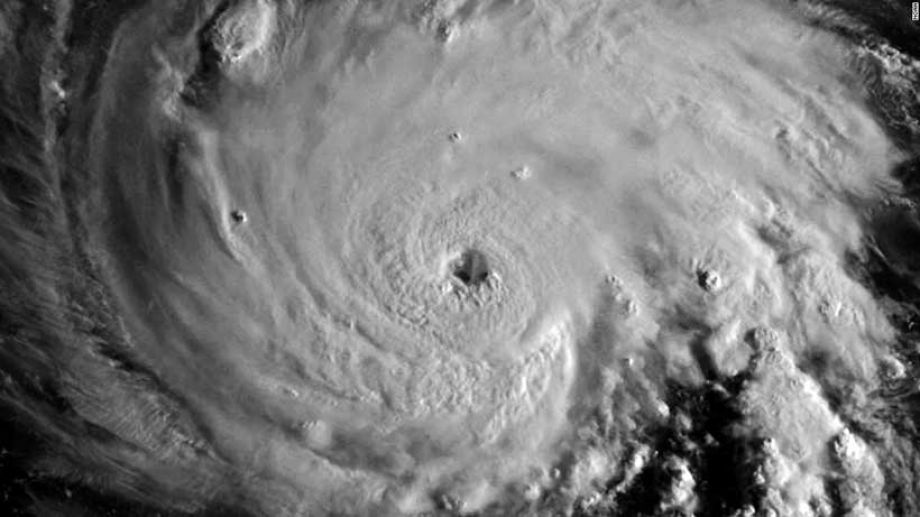 For the fourth year in a row, being a professional wedding vendor here in Charleston has become quite the stressful career, especially when the months of September and October come along.  Back during the latter part of September 2015, Hurricane Joaquin was lingering off the East coast and actually did wreak havoc on the Bahamas. Fortunately, the storm did not make a direct hit on the South Carolina coast near Charleston, but instead interacted with another weather system close to Charleston to create torrential rains across the area. This weather event would become known as the 1000 Year Flood in SC. It occurred around the first weekend of October 2015, which is a prime wedding weekend here in one of the top wedding destinations in the country. That Saturday (October 3, 2015), I had a wedding in the Summerville area, but I talked to numerous vendors who had downtown weddings that were either cancelled or took place at different locations and dates.

If we fast forward just about one year to October 7 and 8, 2016, the greater Charleston, SC area was threatened by another powerful hurricane. Hurricane Matthew was once as strong as a Category 5 storm, but once it made it all the way to the South Carolina coast, it brushed by the Charleston area and made landfall in McClellanville, SC as a Category 1 storm. Since I didn't have a wedding during this weekend, I decided to evacuate to North Carolina to watch the drama unfold from a distance. Once again, another hurricane had affected many weddings throughout the Charleston area.

And we cannot forget another stressful period of waiting and watching back in September of 2017 here in Charleston as Hurricane Irma threatened the area.  Back on September 12th, the effects of Irma included tornadoes, heavy rain, and minor power outages throughout the greater Charleston area. Luckily, the storm peaked on a Monday with minimal damage here in Charleston, but it could have been much worse as Irma was once a Category 5 hurricane.

Whether or not weddings were cancelled or rescheduled duirng these times here  in Charleston, one thing that has resulted is stress. In addition to stress, there has been a tremendous amount of uncertainty thrown into a wedding vendors plans as these storms approach South Carolina.  Last year, my greatest fear with Irma was what would happen if a Category 5 storm hit Charleston? If Charleston were to be hit by a Category 5 storm, catastrophic damage could occur to the point where a lot of our beautiful wedding venues may not be able to be used for several months, thus affecting many weddings long after the storm has passed.

And now as I produce this blog post for you, Charleston is being threatened by another storm / weather event for the fourth straight year. Hurricane Florence is moving toward the Carolina coast and has the stress level of many Charleston wedding vendors increasing as we get closer to another wedding weekend. As we get prepared for whatever Florence is going to give us, music is always the best medicine no matter what we are going through. As one of the best Charleston wedding DJs, enjoy this ultimate Hurricane Florence soundtrack designed to take the edge off of things just a tad. Be careful and be safe out there in Charleston.

Download This Hurricane Survival Playlist From Charleston Wedding DJ Mike Bills On Spotify NOW
Living in Charleston, SC or anywhere on the coastline for that matter you can never be too prepared for hurricane season. While the weather experts always predict how many storms we are supposed to have on any given year, it only takes ONE to mess things up big time. But as I have always said about anything, it is "music" that will bring us through any disaster. Head over to my Spotify now and get prepared in advance of the next hurricane by downloading this playlist. When you get to Spotify, just search for DJ Mike Bills.

"Riders On The Storm" | The Doors
This was the second single to be released from one of my favorite Doors albums, LA Woman, shortly before the death of Jim Morrison in July 1971. The song would make it all the way to Number 14 on the Hot 100, and is still in rotation on a lot of classic rock stations across America.

"Ridin' The Storm Out" | REO Speedwagon
The original version of this song was released in 1973 but did not feature Kevin Cronin on lead vocals. The version you hear on this video was featured on their "live" album Live: You Get What You Play For and received a lot of airplay on classic rock radio stations.

"Calm Before The Storm" | Eddie Money
If you own the classic 1986 album "Can't Hold Back" that features his biggest hit "Take Me Home Tonight",  check out Side 2, Track 10, or take a listen down below.

"Storm Coming" | Gnarls Barkley
"Storm Coming" is Track #13 on the album "St Elsewhere" released back in 2006, which featured their hige hit "Crazy"

"Walking In A Hurricane" | John Fogerty
Released in the summer of 1998, this was the first "live" album by John Fogerty.

"Blowin In The Wind" | Peter, Paul & Mary
Originally written by Bob Dylan in 1962, he released it as a single in 1963. Peter, Paul and Mary would release it shortly after Dylan's version, and it would go all the way to Number 2 on the Billboard charts.

"Hurricane" | Panic At The Disco
"Hurricane" is featured on the album "Vices And Virtues" released in March 2011.

"When The Levee Breaks" | Led Zeppelin
You'll find this classic by Led Zeppelin on the Untitled album released back in 1971. The album also features their classic "Stairway To Heaven"

"The Wind Cries Mary" | Jimi Hendrix
This classic by Jimi Hendrix was rated #379 on Rolling Stone's list of the 500 greatest songs of all time. Released in 1967, he wrote this song after an argument with his girlfriend.

"Pale Shelter" | Tears For Fears
Released as the 2nd single from their album "The Hurting" in early 1982, the song did not do much in America, but did crack the Top 20 in Canada.

"I'll Be Your Shelter" | Taylor Dayne
Taylor Dayne was riding high as the 80s turned into the 90s. Her album "Can't Fight Fate" was released in October of 1989 and featured her other hits "With Every Beat Of My Heart" and "Love Will Lead You Back", as well as the song that was all over the radio back in the summer of 1990.

"Stormy Weather" | Etta James
Originally written back in 1933, this song has also been recorded by Frank Sinatra, Ella Fitzgerald, and Judy Garland.

"Hurricane Party" | Cowboy Mouth
Cowboy Mouth has been seen many times right over there at the Windjammer, front beach on the Isle Of Palms.

"Against The Wind" | Bob Seger
Bob Seger & The Silver Bullet Band were riding high as the 70s turned in the 80s. "Against The Wind" was the title track to the 1980 album, which would peak at #5 on Billboard Hot 100.

"Shelter From The Storm" | Bob Dylan
And we wrap up this best playlist for hurricane survival in Charleston with the great Bob Dylan. He recorded this song in 1974 to be released on his 1975 album Blood On The Tracks. If the song sounds familiar, you may remember it on the soundtrack to the 1996 movie, Jerry Maguire.

Wanna Talk To Mike Bills After The Hurricane About Being Your Wedding DJ?
Thank you so very much for making it to the end of another one of my blog posts. Let this blog post serve as a bit of a musical escape for you as you get ready for the worst, and hope for the best. My fingers are crossed for all my Charleston wedding vendor colleagues who are vendors during the active Charleston hurricane seasons. Hopefully all the tracks veer off of our coast and Charleston is spared the worst of any future damage.  The fall wedding season is in full swing and believe it or not, I still have dates available if for whatever you forgot to book your DJ. Click on the link up above to tell me a little more about your special day. Stay safe from one of the best Charleston wedding DJs!