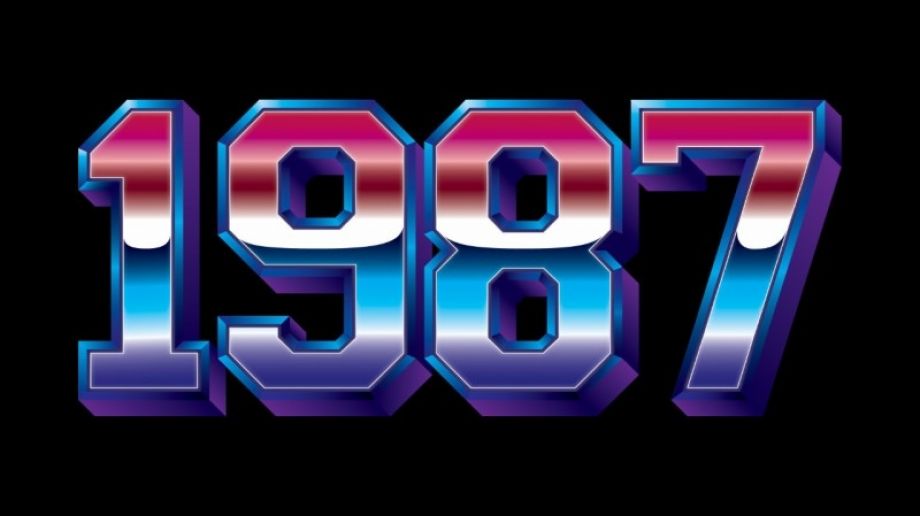 2017 has been an outstanding year for Mike Bills Entertainment. It's been an honor to play such an integral role in another large group of couples who have decided to let the top city in America serve as the backdrop for their Charleston wedding. As a professional wedding DJ who is a self-proclaimed music connoisseur, one of the things I have enjoyed about 2017 is the fact we get to celebrate the 30th anniversary since the release of numerous songs in one of the greatest years in music from the 1980s. 1987. It was the year that Red Bull might have been first seen at wedding receptions all around America. It was the year that we did not put Baby in the corner with the iconic 80s movie "Dirty Dancing".  I invite you to  to check back to an August 2017 post that coincided with the great solar eclipse and the 30th anniversary of Dirty Dancing.

Back in 1987, we weren't buying anything off Amazon, but instead were flocking to our local shopping malls to see the one and only "Tiffany" covering the old Tommy James & The Shondell's song "I Think We're Alone Now". Thursday nights were all about must see TV on NBC with The Cosby Show, A Different World, Family Ties and Cheers. 1987 was the year George Michael started his iconic solo career with a hot song in the summer of 1987. Aretha Franklin became the first woman to be inducted into the Rock & Roll Hall Of Fame. Other popular TV shows in 1987 included the debut of "Married With Children", "Unsolved Mysteries", and a very young Johnny Depp in "21 Jump Street". The music of 1987 continued the decade of decadence with an incredible year of chart-topping songs that are still filling floors at wedding receptions all around Charleston.

Flashback To 1987 Right Now By Visiting Charleston Wedding DJ Mike Bills On Spotify NOW
I think you'll like this selection of songs from 1987. As a matter of fact, I think you'll like them so much that you'll want to head over to my Spotify and grab this playlist of amazing songs from one of the best years of 80s music as you put together the playlist for your wedding. All you need to do is head over to Spotify and do a search for DJ Mike Bills.

"Walk Like An Egyptian" | The Bangles
Released in late 1986, this song was at the top of the Billboard charts during a few weeks back in January of 1987. It's a million selling single that is still showing up on wedding playlists over at Harborside East and Alhambra Hall and at other weddings around Charleston.

"Shake You Down" | Gregory Abbott
There's nothing like a slow R&B jam to cool off after a long night of dancing.  It was released in the fall of 1986 and by the middle of January 1987, it reached Number 1. Gregory Abbott is one of many one-hit wonders of the 80s.

"At This Moment" | Billy Vera & The Beaters
Another great soft rock ballad from the 1980s that when I hear it, I am reminded of Alex P Keaton (Family Ties) and his love interest, who he actually ended up marrying. This song served as the backdrop to many love scenes in that sitcom.  I'd throw this on during the cocktail hour or dinner hour at your wedding ;)

"Livin On A Prayer" | Bon Jovi
One of the most popular tracks of the 80s to show up on Charleston wedding playlists. The song was released on Halloween 1986 and by Valentines Day 1987, it was the number 1 song in America. Bon Jovi is still rocking weddings all over the Charleston area.

"Lean On Me" | Club Nouveau
This track covers the early 70s Bill Withers Classic and would be ideal to throw in during your cocktail hour.  "Lean On Me" reached Number 1 in America by March 21, 1987.

"Nothing's Gonna Stop Us Now" | Starship
If you remember the movie "Mannequin" from the spring of 1987, you remember this classic Starship song.  This song has been used as a send off when the bride and groom are leaving the reception.

"I Just Died In Your Arms" | Cutting Crew
This song hit the airwaves on New Year's Day, 1987 and it reached the top of the Billboard charts by May 9, 1987.  The song also spent 3 weeks at Number 1 in Canada. If you are into 80s music and like this song, I'd play it for you during dinner :)

"You Keep Me Hangin On" | Kim Wilde
We now enter the early summer of 1987 with Kim Wilde going a cover of a popular Supremes song. This song was being played all over nightclubs that summer. It's an awesome cover you might add into your wedding playlist over at the Historic Rice Mill or the Daniel Island Club.

"Always" | Atlantic Starr
This would another slow R&B jam to throw on at the end of the night at your wedding reception. It did reach the top of the charts on the Billboard Hot 100, as well as the Hot R&B charts back in the summer of 1987.

"I Wanna Dance With Somebody Who Loves Me" | Whitney Houston
It's absolutely insane that it's been 5 1/2 years since the untimely death of Whitney Houston. This song has become an anthem at weddings though for brides and her bridesmaids and their girlfriends.  It's a very popular choice for the Charleston wedding playlist.

"Bad" | Michael Jackson
At the time of the publishing and post of this blog post, we're right at 30 years since this song was Number 1 in America. The title track featured an 18 minute video, but I found a shortened version for you for the purpose of this blog. The title track was the follow-up to the Number 1 lead single in which Jackson teamed up with Siedah Garrett for "I Just Can't Stop Loving You".

"I Think We're Alone Now" | Tiffany
I know I looked out for her when I was a kid here in Charleston back in the 80s when I went to our malls, but she never showed up. :(   Upon release of this cover, she began a huge shopping mall tour which you can bits and pieces of in the music video below. You gotta love 1987.

"Mony Mony" | Billy Idol
I gotta be honest with you. Billy Idol totally knocked it out of the park with this cover of the famous Tommy James song from the late 1960s. It went all the way to Number 1 right before Thanksgiving in 1987 and still gets the party going at Charleston weddings.

"Heaven Is A Place On Earth" | Belinda Carlisle
The debut of Belinda Carlisle as a solo artist was huge. After fronting the Go-Go's in the early-mid 80s, she broke out on her own and reached the top of the charts in early December 1987. The title track to her debut album was an instant 80s classic.

"I've Had The Time Of My Life" | Bill Medley & Jennifer Warnes (Dirty Dancing Soundtrack)
Dirty Dancing was filling movie theaters beginning around August 21, 1987 and three short months later, it's signature song reached the top of the Billboard charts and is still a heavy favorite at Charleston weddings. I can tell you that I have talked to many many brides who have completely and totally memorized this movie. :)  For even more song ideas from one of the most popular movies of the 80s for your wedding playlist, be sure to check out this post about The Best Songs From Dirty Dancing For Your Wedding Playlist

"Shakedown" | Bob Seger
"Shakedown" was recorded for the Beverly Hills Cop II Soundtrack. The song was released in the spring of 1987 and would become one of the most popular songs of the summer of 1987 spending a total of 4 weeks at #1 on the Hot 100.

"In Too Deep" | Genesis
By 1987, Genesis had become one of the most popular bands of the 80s. They were riding high on the success of their album Invisible Touch, released in 1986. "In Too Deep" would reach #3 on the Billboard Hot 100, and the top of the adult contemporary chart. For more soft rock of the 80s, be sure to check out this very popular post.

"Heart & Soul" | TPau
If you are a lover of 80s music like I am, you probably know that TPau shows up on pretty much every playlist of best 80s one-hit wonders. "Heart & Soul" was released in the spring of 1987 and would peak at #4 on the Billboard Hot 100 chart.

Looking To Save Your Wedding Date With One Of The Top Wedding DJs?
As you can see, 1987 was pretty loaded with some exceptional music that is still actively showing up on Charleston wedding playlists. We're only a few months away from a new year (2018), but I am going to continue to enjoy the 30th birthday of these songs from 1987. But, as the calendar changes from 2017 to 2018, we'll begin another 30th birthday celebration for some of the greatest music coming from the year 1988.  80s music is one of my favorite genres. It will continue to be added into playlists for many, many years to come. Thank you very much for finding this blog. It is absolutely one of the biggest and up to date blogs in the Charleston wedding industry when it comes finding your wedding DJ. Whether it's real wedding playlists, DJ tips, or other playlists, this blog continues to be the freshest blog for wedding DJs in Charleston. Click the link up above if you are in the hunt for a wedding DJ for your big day in Charleston. Let's talk soon. 2018 dates are beginning to fill up before the engagement season gets underway.