The anniversary of the passing of Whitney Houston creeped up on me this past week.  On February 11, 2012, we lost one of the most iconic female voices in music history in Whitney Houston.  She passed away at the very young age of 48.  Some discussion of Whitney Houston's death this past week with DJ colleagues inspired me to put together some content for the modern bride and groom who might want to add some of this icon's music into their wedding playlist.  Born on August 9, 1963 in Newark, New Jersey, Whitney Houston would begin her epic career as a singer in her church.   Shortly before she turned 20, she would be signed by the great Clive Davis to the Arista label.  Back in February of 1985,  the radio landscape in my hometown of Charleston, SC would add a new radio station; Lite Rock 97FM. It was on this radio station that I would be officially introduced to Whitney Houston. Her first album,  simply titled Whitney Houston would be released in the spring of 1985.  My parents were playing Lite 97FM in the house, as well as the car so I heard Whitney's first single "You Give Good Love" in heavy rotation. During the spring and summer of 1985, you'd hear this song, as well as a lot of other soft rock songs of the 80s that are popular for weddings.  Be sure to read on for some of my selections from Whitney Houston for your wedding playlist.

Looking back on the early career of Whitney Houston, she had tremendous crossover success with the release of her first album. Not only did she make it all the way to Number 1 on the R&B charts, but she would also make it all the way to the top of the Hot 100 chart.  During the 80s, she would reach the top of the Hot 100 seven straight times. At the time of publication of this post, this is a feat that has yet to be duplicated by any other singer.  Whitney Houston would be inducted into the Rock & Roll Hall of Fame in 2020 and is also featured on my Best Musicians And Singers From New Jersey,  <---Click this Link.

Download These Popular Songs From Whitney Houston From Spotify NOW
Modern brides and grooms who come to me with the hopes that I will be their wedding DJ get an added bonus. They get full access to my Spotify profile.  Over a year ago, I put together this spectacular Spotify profile so that my clients could circle around and get some inspiration as it pertains to their wedding playlist. You'll be happy to know that playlists are constantly being added to this profile. Just head over to Spotify and search for DJ Mike Bills. Should you book me as your wedding DJ, you can also share your own Spotify playlists with me too!

"I Wanna Dance With Somebody" | 1987
And we start out this listing of some of the most popular wedding songs from Whitney Houston with a banger that remains one of the most requested wedding songs of all time.  I remember being on a family vacation back in the summer of 1987 right at the time that this song was released and was peaking on the Billboard Hot 100 chart. Every time we would pass through a large city, the radio stations would be playing this song.  "I Wanna Dance With Somebody" would become one of her signature songs and peak at #1 in thirteen countries.  For more of the Most Requested Wedding Songs, <----Click this link.

"I Will Always Love You" | 1992
If you've spent anytime on my blog, you know that I have taken the time to spotlight a lot of the years in music that are worth a second or third look. 1992 was one of those years.  For more of the Best Songs From 1992, <---Click this link. Whitney Houston would star in The Bodyguard with Kevin Costner and this movie would become one of the most popular of the 90s.   Originally written and released by Dolly Parton in 1973, Whitney Houston would cover the song on The Bodyguard soundtrack. Her version would become the most successful single recorded by a female selling over 20 million copies. If you have not seen the movie, be sure to check out the music video by clicking the link up above. The video has been recently updated to 4K.

"How Will I Know" | 1985
After you finish reviewing all the songs inside this post, you'll begin to realize just how huge her first record was. At the time of this post, her debut record has sold over 22 million copies.  "How Will I Know" would be the third song to be released as a single from this record in November 1985. The song would peak at #1 on the Hot 100 in February of 1986. I might add that I was able get my hands on a few 12 inch remixes of this classic song from the 80s. 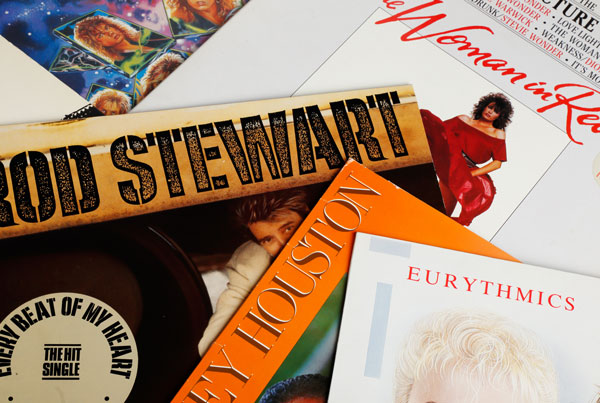 "Higher Love"(with Kygo) | 2019
Kygo, the famous DJ from Norway would give Whitney Houston her first posthumous hit in the summer of 2019.  Whitney Houston would record the vocals for this classic Steve Winwood song in 1990 as a bonus track on her album I'm Your Baby Tonight.   "Higher Love" would peak at #1 on the Dance Club songs chart. Since 2019, modern brides and grooms have added this song to their wedding playlists.

"Count On Me" | 1996
In 1995, Whitney Houston would star in the movie Waiting To Exhale. The soundtrack would feature all songs from popular African-American women like Whitney Houston, Toni Braxtion, and Mary J. Blige. "Count On Me" was recorded by Houston, along with Cece Winans. The song was released in the winter of 1996 and peak at #4 on the Adult contemporary chart. 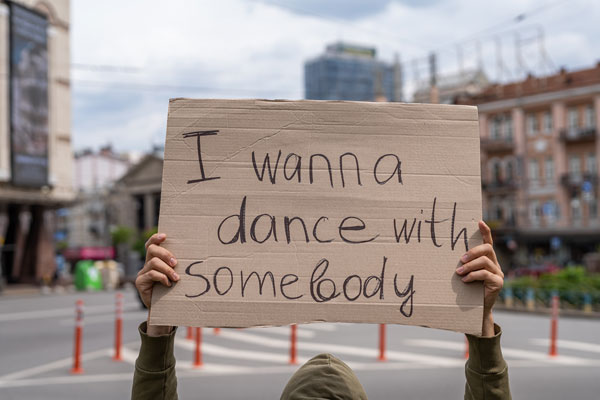 "I Believe In You And Me" | 1996
In the mid 90s, Whitney Houston was in a serious acting streak, having starred in The Bodyguard, Waiting To Exhale, and The Preacher's Wife.   Originally by The Four Tops in 1983, Whitney Houston would record her version of "I Believe In You And Me" for The Preacher's Wife movie soundtrack.  The song was released shortly Christmas in 1996 and would peak at #2 on the adult contemporary chart.

Interested In TalkingWith Mike Bills To Discuss The Music For Your Wedding?
Since we are only week past Super Bowl 55, I thought it was also worth mentioning that Whitney Houston had one of the greatest moments ever in 1991. Her singing of The National Anthem in 1991 is at the top of the list as some of the single greatest moments in Super Bowl history.  Whether it's your love of Whitney Houston or your fascination with 80s music, or even 90s Alternative music, I have you covered.  You have found a wedding DJ whose passion for the music exceeds so many others in the industry. Thank you so much for finding me online. If you knew how hard it was in such a crowded wedding market to find you, you'd understand how thankful I am. Well, now that you are here, I'd love to speak with you about your upcoming wedding. All you need to do to get the process going is click the link up above and you'll be taken over to my contact form. Once you get to the contact form, just fill out some simple details and we'll set up a time to talk. I look forward to speaking with you about your wedding.