The 80s And 90s Make A Return To Charleston Parties & Events

The 80s and 90s are coming to Charleston events. Hire a fun professional event DJ that knows the music of the 80s and 90s Mike Bills Entertainment

Aside from being the true professional wedding DJ, one of the true loves of my life is music from the 80s. I still believe that even in 2017, there is still a hunger and desire to celebrate the music of the 80s. The 80s were comprised of so many different genres and subgenres of music. From the happy pop and dance music to synth pop and New Wave to Goth Rock and hard rock, the 80s had it all and then some. Let's not forget the endless list of one hit wonders! Having grown up in the 80s, and hosted many radio shows, my study and knowledge of 80s music is definitely above average. I believe that being a professional DJ has just as much to do with musical knowledge and exploration as playing the right song at the right time. I've been asking some of my friends who happen to be in the millenial age group about 80s music and most all of them have told me that they love a lot of music from this era. The desire is there now for me more than ever to get out and about in the lovely city of Charleston to spread my love of 80s music. The 90s might be a little hotter right now than the 80s, so I will be happy to also do a 90s music mix for you as well. The itch to do this has actually been there for many many months and I am now ready. An 80s or 90s night nostalgia night at your local Charleston area establishment could easily add another fine dimension to the monthly entertainment at your establishment or venue. Perhaps you have a Sunday brunch and you'd like to see an increase patrons? Maybe you would like some nice upbeat alternative or new wave 80s to create a chill vibe for your establishment? You'll want to hire a mature and polished professional event DJ who will keep your guests there by creating a perfect ambiance.

The 80s became one of the most diverse decades of music in history. For most people, when they think of 80s music, they think of some of the fun times in their life. Even if you were born after the 1980s, it's hard not to crack a little bit of a smile when you hear Cyndi Lauper's "Girls Just Wanna Have Fun" or Wham's "Wake Me Up Before You Go-Go". It's hard not to not get into the dancing mood when the DJ throws on some timeless Michael Jackson tracks. It was MTV that helped to create indelible and iconic images in our minds because some of the songs I mentioned above, as well as hundreds more were turned into nicely choreographed videos that created a lifetime of memories. You might have also heard these songs at your high school prom, a popular movie, or even commercials and TV shows of today.

The 80s were the decade that had you walking like an Egyptian, wearing a raspberry beret, all the while taking you to the borderline. The music charts during the 1980s were full of hit after hit that were happy and put you into the party mood and had you also walking on sunshine. Get the picture? Fun. Smiles. Maybe you also liked the countless New Wave artists or the synth pop sounds of New Order, Information Society, or the Pet Shop Boys? We certainly cannot forget the hip-hop and boy bands of the 80s like Run DMC and New Kids On The Block. Did you ever wonder what it was like to live on the Sunset Strip during the mid - late 1980s? You guessed it! Those metal and hard rock bands like Poison and Motley Crue were just as fun too. The possibilities are endless for the type of sound you'd like to hear during an 80s set because there were so many different genres within the 80s. 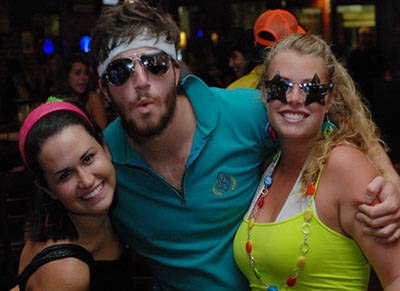 How Did I Get To Love 80s Music?
Well, before I became a successful professional wedding DJ around Charleston,  I was bitten by the radio bug and worked at numerous radio stations around the area and found a true love in my life, radio.  I worked at a defunct Hot AC radio station at the 92.5 frequency here in Charleston called Coast. My program director at the time hired me for a Saturday night gig from 7pm - midnight and we called it The All Request Saturday Night Party Mix. We kept it mostly 80s and the phones were always ringing off the hook each and every Saturday night. I performed countless hours of show prep, music research, and wrote and produced imaging for the show. After a few years, I moved that same show to another station here in town and had even more success. Nearly every Saturday night for the better part of 5 years was used to entertain the people of Charleston with an incredibly fun trip back to the 80s. Toward the end of my radio career back in 2008, I moved the show to Saturday morning / midday time slot and received top ratings once again. It is the experience and familiarity of the music that I will be bringing to your event. Have you considered an 80s themed cocktail hour at your wedding in Charleston? 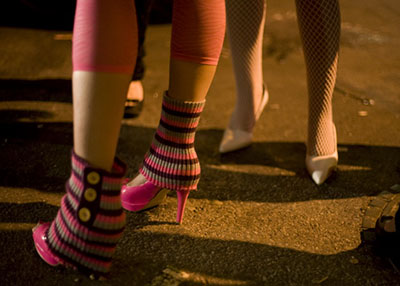 The 90s Were Just As Fun

90s music certainly needs some love too and is in heavy duty nostalgia mode right now. 90s music is currently making a resurgence in nostalgia just as 80s music did back in the early 2000s time frame. The 90s had its share of music that has stood the test of time. We were all cooking up MC's like a pound of bacon and hitting A1A Beachfront avenue, walking on the sun, and feeling those good vibrations and so much more. You could have yourself a dandy fine celebrating the 90s as well. 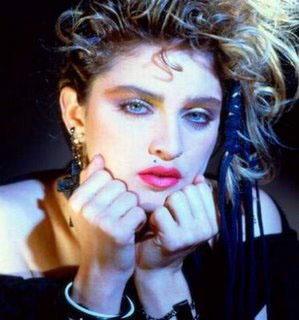 The same service applies to these 80s and 90s parties and events as I provide to my wedding clients. Upon booking, you are created a portal to log into within my website that gives you access to a mammoth catalog of 80s and 90s music allowing you to create the sound you want at your party or event. You are also able to create a DO NOT PLAY list outlining the music that you do not want to hear at your party or event. It's YOUR event, so the music should be all about YOU and your guests

I Want To Have One Of These Events, What's Next?
If you have looked over my website and read over my blog and are now itching to pull out the parachute pants and jelly bracelets, I would love to talk to you to see about making the vision for your party or special event a reality with the perfect mix of 80s or 90s music. Let's talk soon and click HERE to tell me a little about your upcoming event. 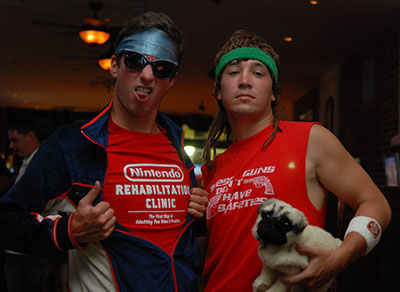 Tweet
More in this category: « The Best Time For The First Dance At Your Charleston Wedding 25 Most Requested Sinatra Songs For Your Wedding Playlist »
back to top