The temperatures are rising as we reach the last weekend of May in Charleston. While this usually means the tapering off of the busy spring wedding season in Charleston, it means a lot to the families of service members who died while defending the freedoms of this great country of ours.  Charleston, SC being the number 2 wedding destination in the country simply would not be possible without the many men and women who have died in the line of fire and battle defending this country.  While I wasn't scheduled for any weddings this weekend, I wanted to create a blog post of songs that made me of the patrioticism we should show on this day. So, while you are sitting out in your backyard or at the beach, feel free to play these songs and remember all those who have died. And let this serve as a reminder that Mike Bills Entertainment is only one of a handful companies offering 10% off for ALL active duty military. Thank you to all who have died and for those who continue to serve this great country of ours. Have a great Memorial Day. Check back later this week for installment number 4 in the destination wedding to Charleston series.  Today though, it's songs about this great country we live in, America.

1. "America" | Neil Diamond | An amazing song from an incredible musician. Watch the movie too while you are at it. Thank you Neil Diamond.

3. "American Pie" | Don McLean |  Release in 1971, Don talks about the day that the music died in that famous 1959 plane crash which killed Buddy Holly, The Big Bopper, and Ritchie Valens.

4. "God Bless The USA" | Lee Greenwood | One of the most patriotic songs about America and the freedom written in the past 40 years.

5. "Rockin In The Free World" | Neil Young | An upbeat rock anthem from the 80s by the great Neil Young. Crank this one up on this Memorial Day.

6.  "American Woman" | Lenny Kravitz | Originally released in the early 1970 by the Guess Who, Lenny Kravitz knocks it out of the park with this cover.

7. "Star Spangled Banner" | Jimi Hendrix | It was a Monday morning at Woodstock, just as the famous festival was wrapping up in upstate New York when Jimi made this song sound a way it had never sounded before.

8. "Sweet Home Alabama" | Lynyrd Skynrd | Southern rock at it's finest. I bet it'll be playing today at barbecues and events in Birmingham, Alabama.

9. "Blue Sky" | The Allman Brothers | This is a song that reminds me of my youth and travelling along those many rural highways in America. We also are remembering Gregg Allman as he passed away over this weekend. Such a talent!

10. "Drift Away" | Uncle Kracker | Some people are taking their intertubes up to the Ashley and Edisto rivers and floating down the river. This is an appropriate song for the Memorial Day. A great cover of the Dobie Grey song from the early 70s.

11. "Party In The USA" | Miley Cyrus | Such a fun pop song with a patriotic twist in it. Crank this one up for your barbecues and special events today over by Patriots Point in Mt Pleasant.

13. "Wagon Wheel" | Old Crow Medicine Show | "Americana at it's finest". If you are getting married soon, please place this on your playlist.

14. "My Hometown" | Bruce Springsteen | This might be the more patriotic song from the monumental Born In The USA record from 1984.

15. "American Girl" | Tom Petty & The Heartbreakers | The name of this song speaks for itself. There's nothing like a beautiful American Girl. Be sure to crank this one up to 11, when you play the video down below.

17. "America The Beautiful | Ray Charles | This is a must hear today as we celebrate the people who died in the line of fire defending the freedoms of this great country.

I hope you get a chance today to listen to these 20 songs during your trips to the beach or on the road going and coming home from grandmother's house. While there are lots of people who see Memorial Day as the unofficial beginning of summer, it's truly a day of remembrance of those lives lost while defending this country. Defedning this country so that you can go to the beach and be with friends and family on this long holiday weekend. Check back to the blog this week as I continue to spotlight destination weddings in Charleston as we feature possible wedding playlists for brides and grooms coming to Charleston from some of the biggest metro areas in America. Are you enjoying this blog? If you just hit this website, I invite you to look over this blog with a fine tooth comb. There are numerous playlists from past weddings, future weddings, as well as very helpful DJ tips in finding your DJ for your Charleston wedding.  I would love to sit down with you and your fiance to doiscuss the music for your upcoming wedding Charleston. Click HERE to schedule a consultation with me. 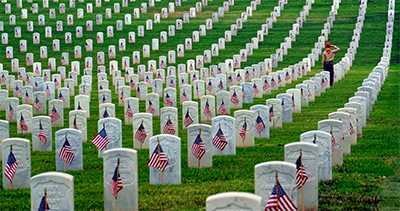 Tweet
More in this category: « The Essential "Chicago" Playlist For Charleston Weddings Real Wedding Playlist | Sara & Eddie On Charleston Harbor »
back to top